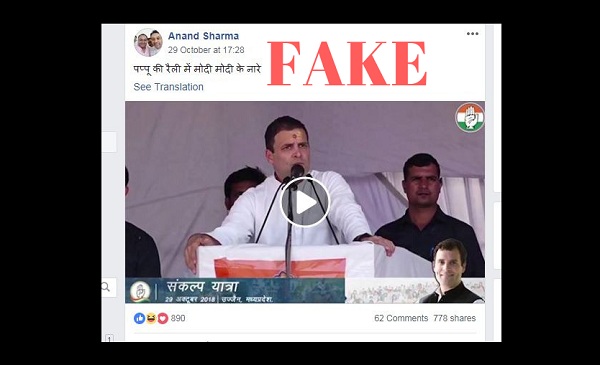 FACT: The audio of the video clip has been morphed. 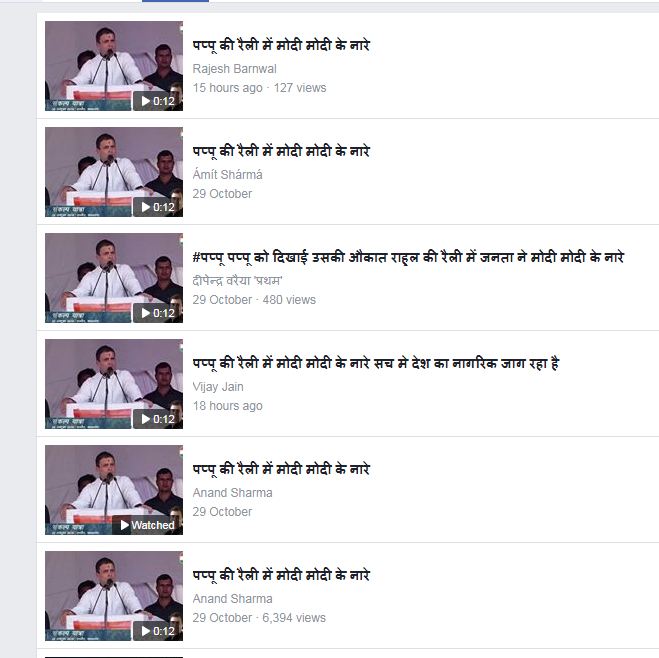 Rahul Gandhi attacked the prime minister on issues ranging from the Rafale aircraft deal to the top brass shakeup at the Central Bureau of Investigation (CBI), during his speech at Ujjain on October 29.

The full video of Gandhi's speech uploaded to Congress's official YouTube channel does not include any audio of the crowd chanting 'Modi Modi'. Watch the video below from YouTube counter 31:38. He was speaking on the issue of farmers when someone from the crowd interrupted him. It is not clear what the person in the crowd shouted. However, prime minister's name cannot be heard and the audio is different from the viral morphed clip.