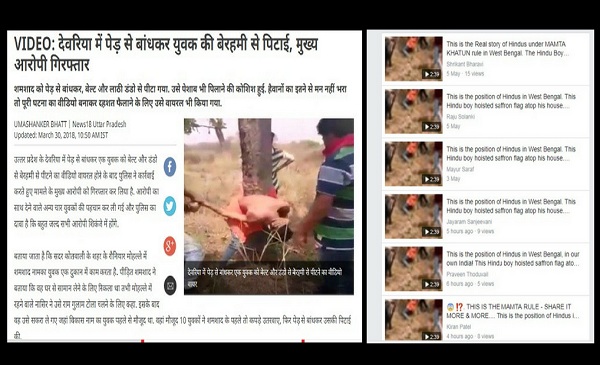 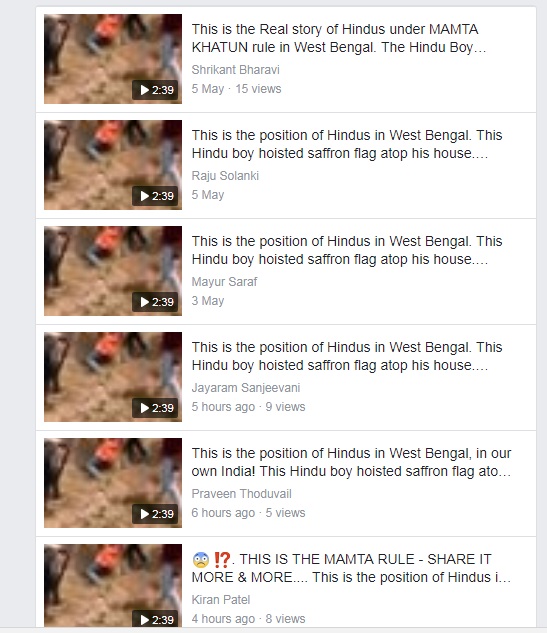 Screenshot of the video shared with a fake message on Facebook.[/caption] BOOM traced the video through news reports which stated the incident took place on March 28, 2018 in Deoria district of Uttar Pradesh and not West Bengal as these viral posts claim. The victim Shamshad Ahmed was thrashed after he asked the main accused Nasir Ansari to return the money he had lent him. (See below tweet from ANI UP)

Deoria: Miscreants tied youth to a tree & thrashed him after he asked them for the money lent by him. Video of the incident went viral, Police took cognizance & arrested one accused, say, 'Main accused arrested, 4 others in video have been identified & are absconding.'(28.3) pic.twitter.com/1IjLIm4rtw

Shamshad had loaned Rs. 1500 to Nasir a few months ago, which the latter had not returned, according to news reports. The duo bickered over the issue with Shamshad even hitting Nasir. However, Nasir avenged the beating by luring Shamshad to a deserted field, where he and his friends then assaulted Shamshad. In addition, BOOM spoke to� Surendra Bahadur, Additional Superintendent�of Police, Deoria, who confirmed details of the incident and that it was not related to any communal dispute. Bahadur said all� accused had been arrested and were charged under sections 506, 504, 323, and 392 of the Indian Penal Code. The IPC sections relate to criminal intimidation,�intentionally provoking or insulting a person, voluntarily causing hurt and punishment for robbery.�(The victim's phone was stolen by the assailants) The incident was mainly covered by Hindi news outlets such as Amar Ujala, News 18 Hindi, Khabar NDTV at the time. 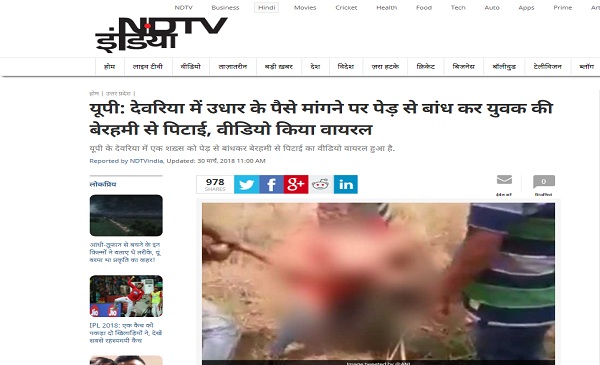 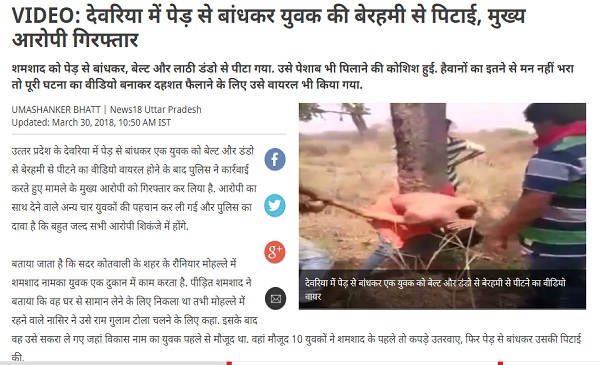