By - BOOM FACT Check Team
Loading...
|  3 May 2017 4:55 PM GMT
A Photoshoped image of journalist Barkha Dutt holding Pakistan's flag was shared on Twitter on Wednesday. The original tweet has since been deleted. Dutt, a favourite target for online�trolls who disagree with her views, retweeted the image saying "More fake news spotting from the RW Photoshop factory."

BOOM was easily able to find the original picture. A side by side comparison of the two photos show the image has been Photoshoped and cropped from a larger image on the right. BOOM reached out to Dutt about the picture but has not received a reply yet. 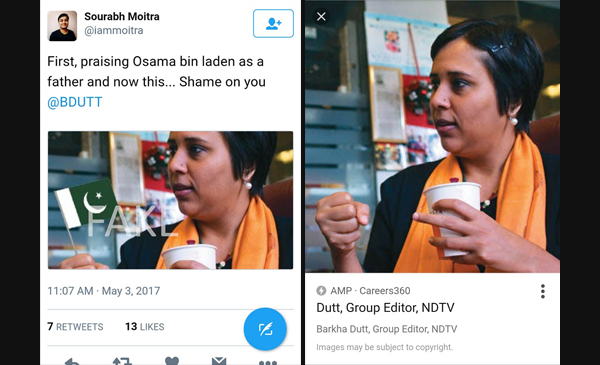 A screenshot of an article�on www.careers360.com shows that the original image is at least a few years old. 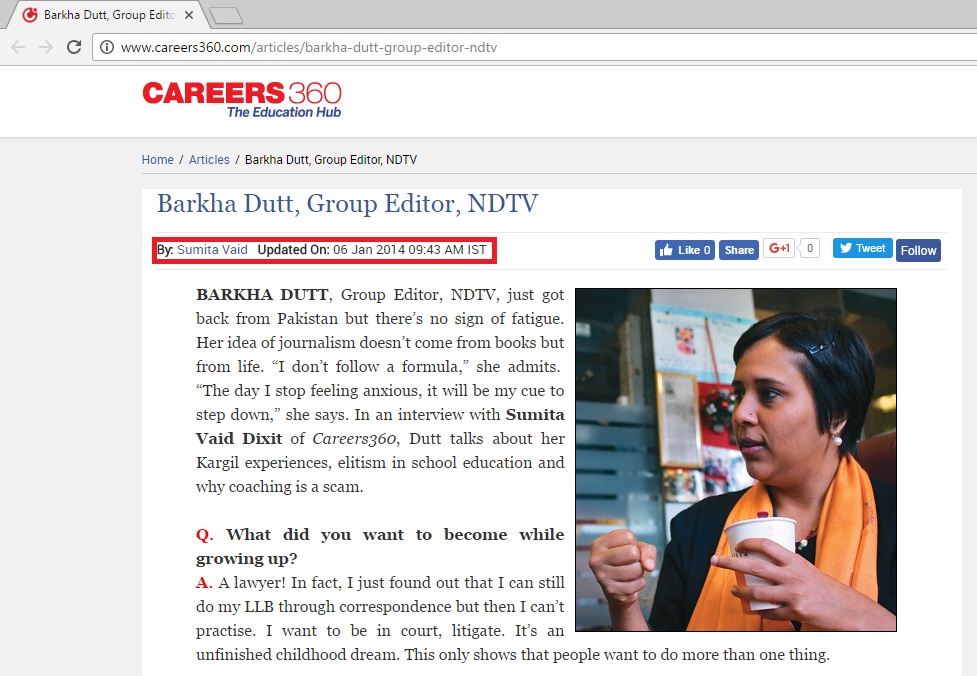