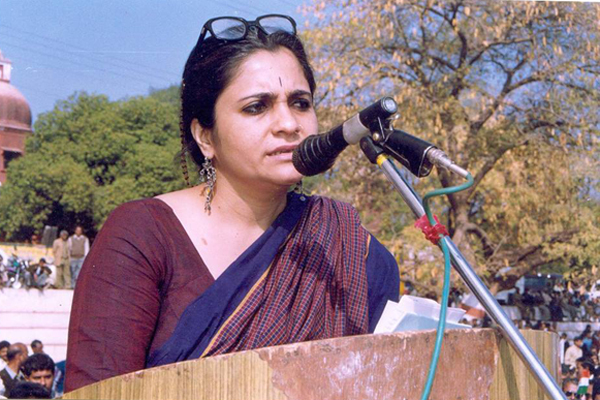 Are there tell-tale signs that precede any incident of violence, particularly of the communal variety?

Moreover, is there a way of capturing these signs in a more scientific manner and then converting them into visual data on a publicy accessible portal which allows one to have a real time view of the `hot spots’ so to speak?

Peace Mapping, a social technology project led by activist Teesta Setalvad, hopes to do just that.

Setalvad is a well-known civil rights activist and journalist who has been in the limelight for her work in bringing the perpetrators of the 2002 Gujarat communal riots to justice.

Her real-time platform leans on her teams’ knowledge and experience in fighting communal violence. It will work by logging warning 'signals’ in a specific geographic area. The signals will actually be spotted by trained volunteers who will send SMSes and call in on an interactive voice operated response system (IVRS). This could also trigger early intervention through a helpline that locals could call into.

The effort is housed under the Sabrang Trust, of which Setalvad is a part, and is being built by folks from ThoughtWorks, a US-based information technology services company which has a portfolio of government and activism projects.

The Peace Mapping project is targeted for launch in three months.

The map will also show historical data of incidents of communal violence. It’s like a social temperature map of different districts over a period of time. Moreover, we have found triggers in rumour mongering, campaigns run in local media, visits of certain controversial leaders, hate speeches or writing.

Communal riots are an endemic problem in India. An IndiaSpend report based on a Lok Sabha question says that from 2009 to 2013 (up to March), there were been 2,969 incidents of communal riots in the country with 9,228 people injured and 442 killed.

Setalvad says the idea of the portal is that any citizen can access and, in an ideal situation, actually track a region where violence might escalate. “It’s more exploratory journalism that explains to people it’s not simply about the television byte. Rather how something is progressing,” she says. The map will open up on a website and will be a pin code based 'fusion’ map.

“The map will also show historical data of incidents of communal violence. It’s like a social temperature map of different districts over a period of time. Moreover, we have found triggers in rumour mongering, campaigns run in local media, visits of certain controversial leaders, hate speeches or writing and so on,” she says.

Admitting that's possible she says, “I guess there always will be that possibility but we are looking for well-trained band of volunteers and a responsible set of people. And the information will not go directly. So there will be a check and balance mechanism.”

On the criticism she faces for her work, she says cannot fathom why. “To get 117 people convicted for life imprisonment in 2012. I think it’s a pretty big achievement. I am quite satisfied with what I have done but I am saying going through the legal process, tapping the court is very onerous, time-consuming and energy consuming.”

Setalvad is battling a raft of court cases, mostly in Gujarat. She has been granted anticipatory bail by the Supreme Court last week in a case of embezzlement brought against her by a former employee in the Gujarat High Court. Several columnists have in mainstream media have accused the Gujarat Government of hounding her unfairly for her role in going after those responsible for the 2002 communal riots in the state.