The new note which has a base colour of fluorescent blue has a motif of 'Hampi with Chariot', the central bank said. (Click here to view the full release)

Leaked pictures of the new design were viral on social media 24-hours prior to RBI's announcement. 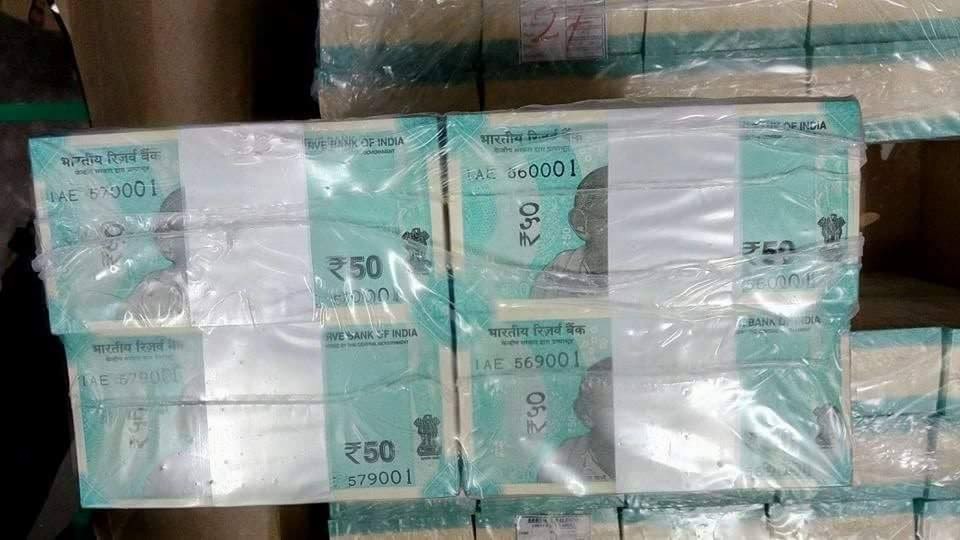 (Correction: BOOM had initially called the picture fake on social media based on input from a source within the RBI. The error is deeply regretted.)

RBI said 50 rupee notes printed in the old design would continue to be legal tender, in keeping with what it had said in December. - (RBI to release new Rs 50, Rs 20 notes, but old notes will still be valid)

Below are salient features of the new note listed by the RBI.

1. See through register with denominational numeral 50,

3. Portrait of Mahatma Gandhi at the centre,

towards right of Mahatma Gandhi portrait,

7. Ashoka Pillar emblem on the right,

9. Number panel with numerals growing from small to big on the top left side and

10. Year of printing of the note on the left,

13. Motif of Hampi with Chariot,

50 rupee new design 50 rupee note bank Denomination RBI Reserve Bank of India
If you value our work, we have an ask: Our journalists work with TruthSeekers like you to publish fact-checks, explainers, ground reports and media literacy content. Much of this work involves using investigative methods and forensic tools. Our work is resource-intensive, and we rely on our readers to fund our work. Support us so we can continue our work of decluttering the information landscape. BECOME A MEMBER
📧 Subscribe to our newsletter here. 📣You can also follow us on Twitter, Facebook, Instagram, Youtube, Linkedin and Google News