News reports about the Reserve Bank of India prepping to release new 200-rupee notes has given an opportunity to WhatsApp hoaxsters and fake news specialists to dust off old pictures and recycle them with fake messages sparking confusion among many.

WhatsApp messages and social media posts like the one below say that the RBI has already issued a new one rupee note and coins of Rs. 20, Rs. 100 and Rs. 150. 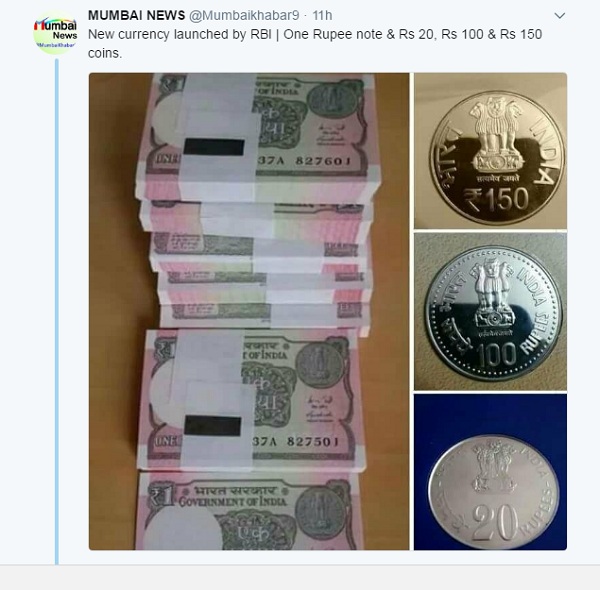 A variation of the message also shows a Rs. 1000 coin. 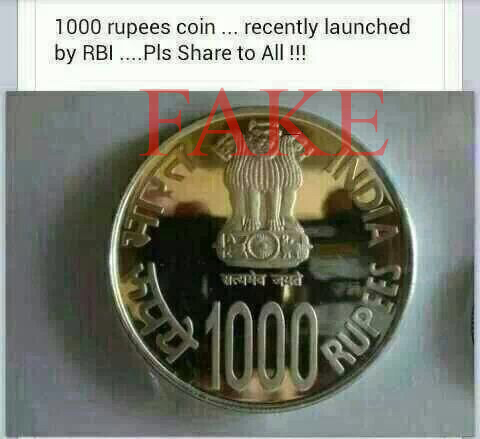 So what's the truth.

2. We used Google's reverse image search and found the exact collage of photos going to back to 2016 in the weeks after demonetisation on November 8, 2016. Even the headlines that say 'NDTV' have dubious URLs, that's because NDTV did not report it.

BOOM found at least two articles from 2015 where the same photos of a pink one rupee note are used. See Chandigarh's Amar Ujala's story - https://www.amarujala.com/photo-gallery/chandigarh/researve-bank-of-india-display-one-rupee-new-note 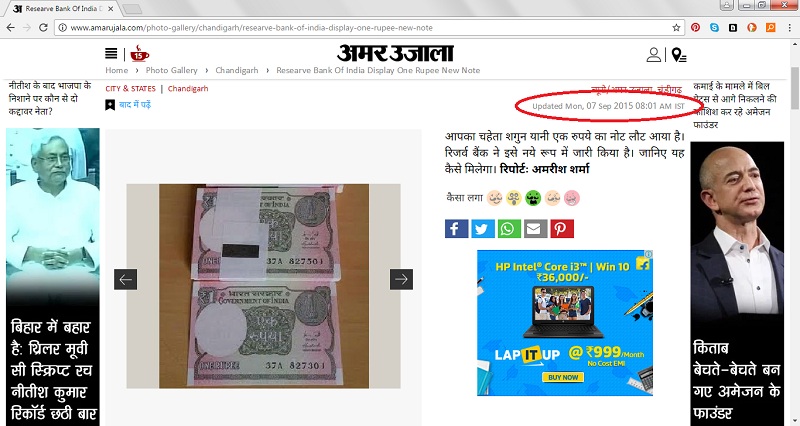 According to a May 30, 2017 Press Trust of India story printing of one rupee notes was discontinued in 1994 but relaunched in 2015. - 'RBI to issue new pink-green one rupee notes'

"New one rupee notes, with predominantly pink-green on the obverse and reverse in combination with other colours, will be soon put into circulation." - PTI

4. The one-rupee note is legal tender but what about the coins?

Turns out the coins are not legal tender but were issued as commemorative coins much to the delight of coin enthusiasts.

Mintage World calls itself an online museum based in Mumbai that caters to numismatists, notaphilists and philatelists. 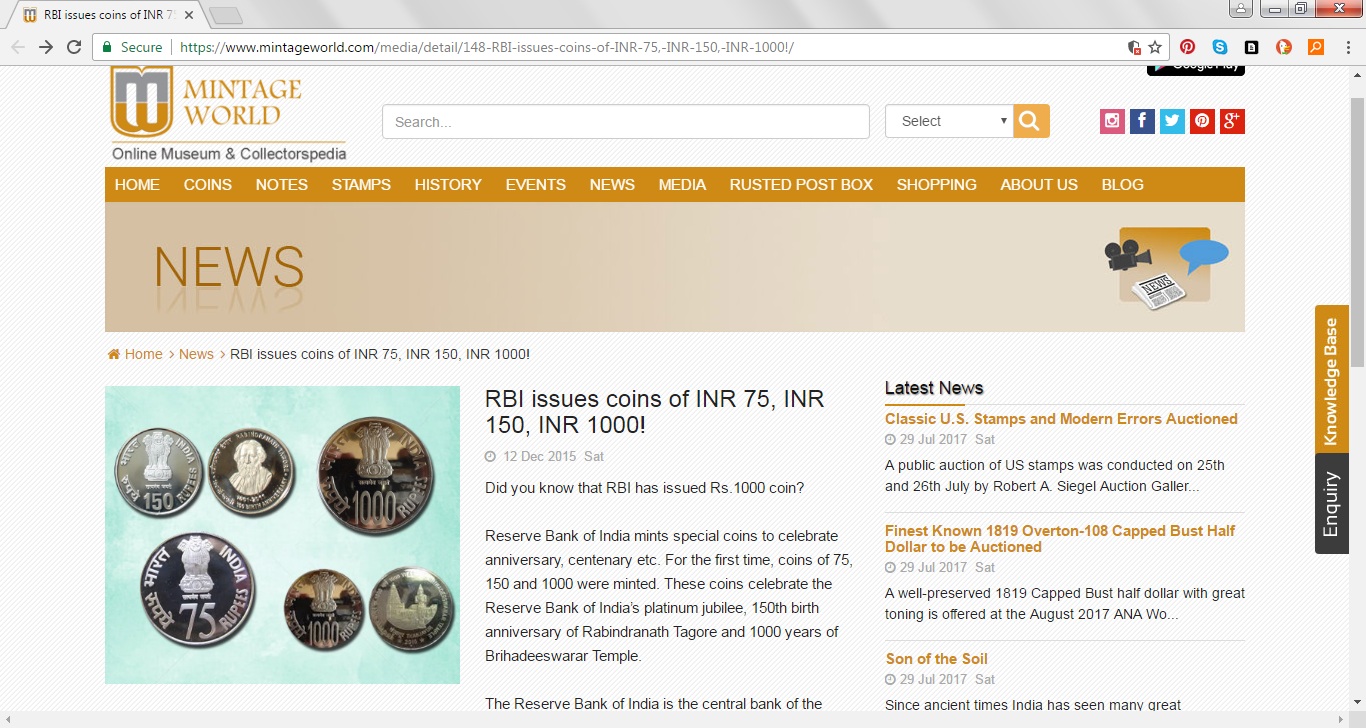 The 1000 rupee coin was minted to commemorate 1,000 years of the Brihadeeswara temple in Thanjavur, according to a April 2015 article by The Hindu. - 'Of Rs. 1,000 commemorative coins and a shortage of Rs. 5' It is not meant to be used as legal tender.

Claim :   RBI Issued Rs. 20, Rs. 150, Rs. 100, and Rs. 1000 Coins
Claimed By :  Social Media
Fact Check :  FALSE
Currency new coins new currency RBI Reserve Bank of India Rs. 100 coin Rs. 150 coin Rs. 20 coin
If you value our work, we have an ask: Our journalists work with TruthSeekers like you to publish fact-checks, explainers, ground reports and media literacy content. Much of this work involves using investigative methods and forensic tools. Our work is resource-intensive, and we rely on our readers to fund our work. Support us so we can continue our work of decluttering the information landscape. BECOME A MEMBER
📧 Subscribe to our newsletter here. 📣You can also follow us on Twitter, Facebook, Instagram, Youtube, Linkedin and Google News 📝Stay updated with all our latest fact check stories.