Farmers across the country and mainly from Punjab and Haryana are up in arms against the three Farm bills passed by the Indian Parliament this year. Calling the laws "anti-farmer", several farmer unions have come together on a single platform to protest against these laws. After over two months of local protests mainly in India's northern states of Punjab and Haryana, farmers began their march to Delhi.

The authorities attempted to stop them and even used water cannons and tear gas. But far from being thwarted, farmers camped at various borders of Delhi.

BOOM visited one of these borders - Singhu - on December 9 and spent an entire day with the protesting farmers. 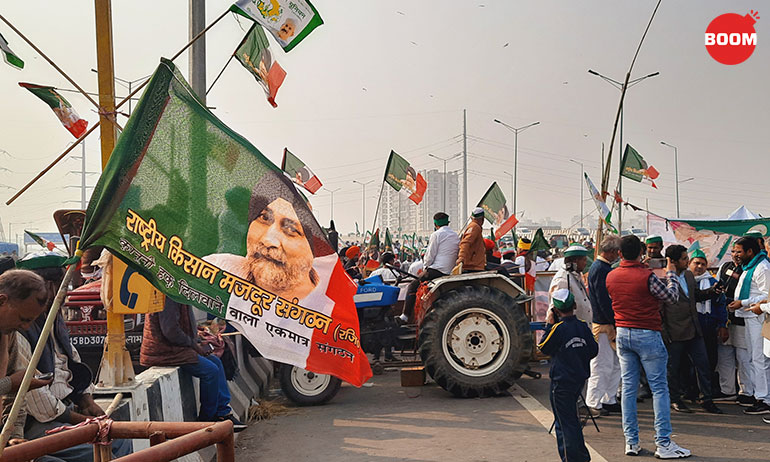 On the way to Singhu, a portion of NH 24 passing over Delhi-Uttar Pradesh border has been blocked and turned into a protest site by the farmers. They cook and serve langar on the highway. 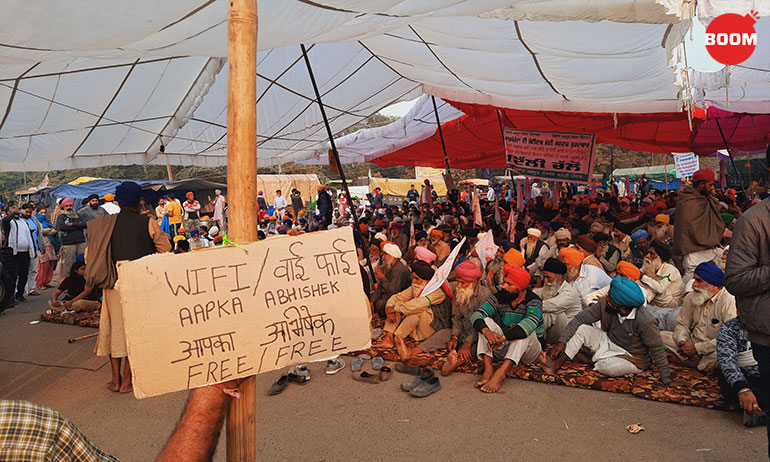 While the protest site near Delhi-UP border near Ghazipur might be a little unorganised, things at Singhu border (Delhi-Haryana) are more controlled and well managed. To the extent that there is free WIFI for those who need it! 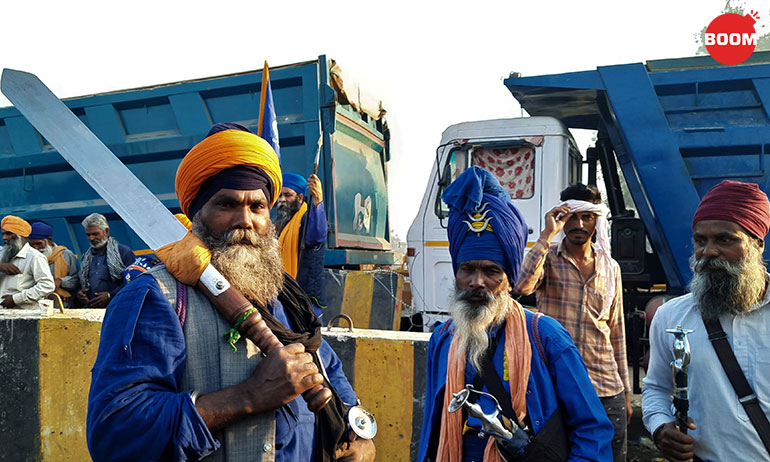 Nihang Sikhs, a warrior clan of the community, are one of the main attractions of the protests. Dressed in their characteristic blue robes, they can be seen riding around the protest site on horseback or taking a stroll carrying their antiquated weapons. 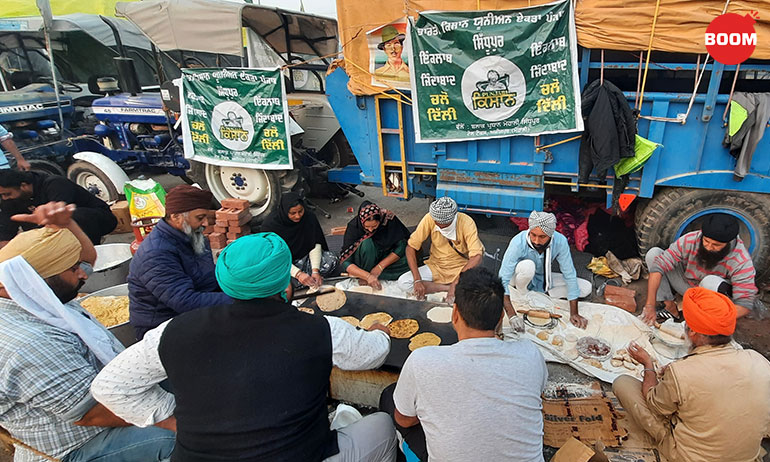 How can you protest on an empty stomach?', ask farmers. And they have come prepared so that no one goes around hungry! Langars serve food to everyone all through the day. But families and friends are free to cook their own meals on their own makeshift stoves. While community kitchens cater to smaller groups, langars at the protest site ensure that no one goes hungry. Breakfast, lunch, dinner, snacks, tea, coffee, milk, dry fruits...you get all of them here. 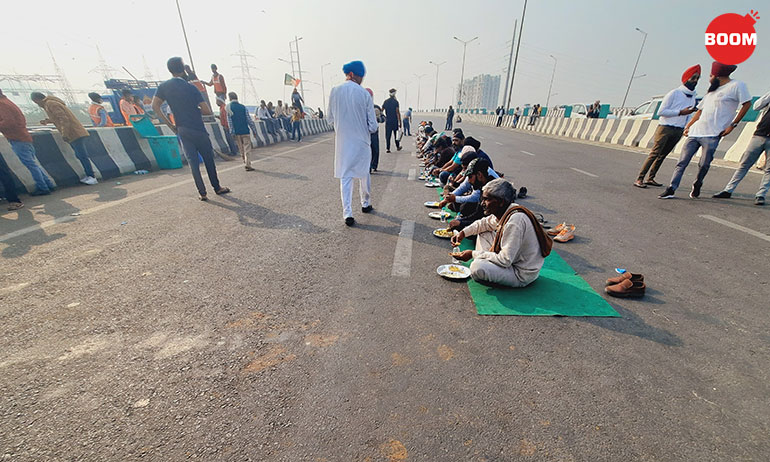 For protesters at Ghazipur border, it's 'highway on my plate' kind of feeling. Food is prepared by the roadside and served right on the highway. 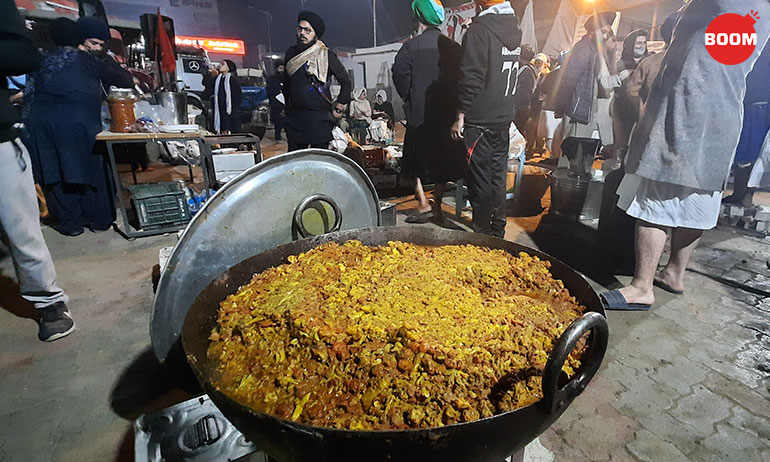 Thousands of protesters have been camping at the Singhu border for over a fortnight now, and the numbers are only rising. With more mouths to feed, more langars have come up. Towards the evening, sloganeering takes a backseat. People return to their makeshift houses parked at the protest site. Gurbani is broadcast live through speakers as a sewadar recites it from the dais. 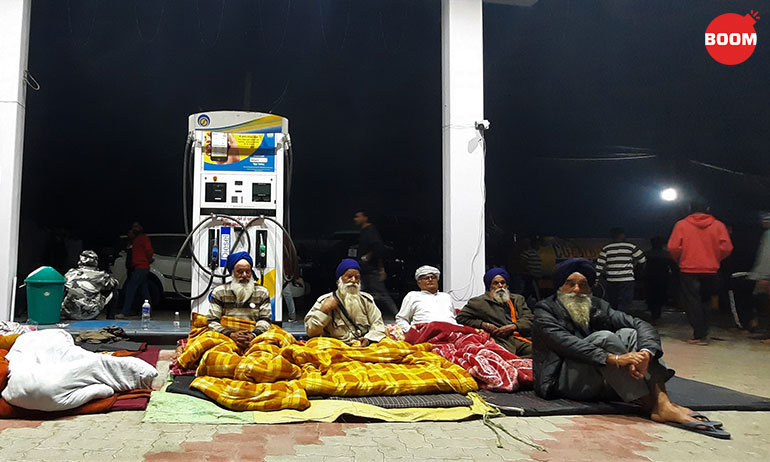 Petrol pumps along the highway have been turned into open-air resting grounds. People sleep here at night and wash themselves in the morning. The owners have no qualms. 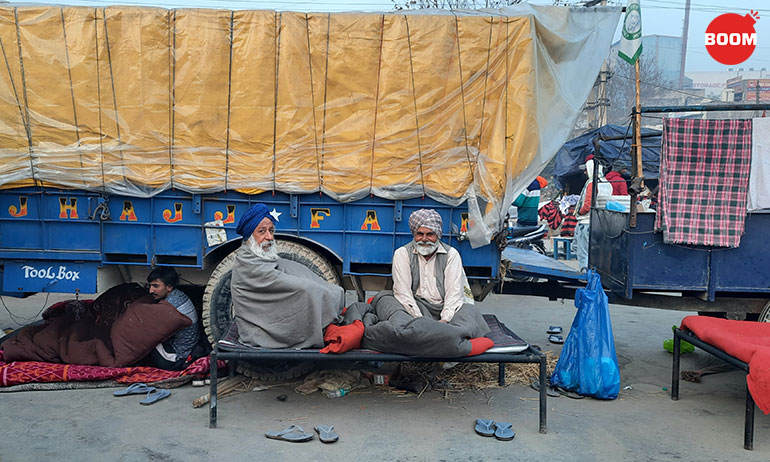 Another cold December night comes to an end. Another day of protest begins. Every portion of the robust tractor is used as a warm refuge at night. The farmers prefer calling tractors their sons, always by their side. 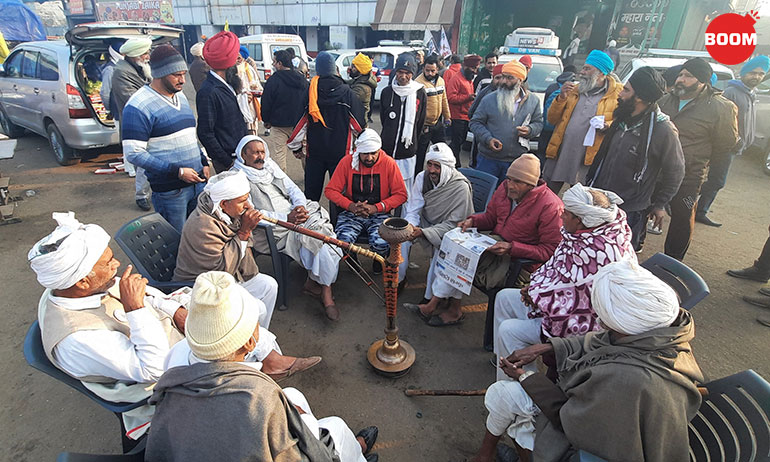 A group of elderly jats from Haryana catch up on news during their early morning hukka session. And tea shall be served to one and all. The protesters have a long day ahead.

Farmer protests Farmers protests Farmers agitation farmers agitation news farmers agitation in delhi farmers protest reason Kisan Andolan
If you value our work, we have an ask: Our journalists work with TruthSeekers like you to publish fact-checks, explainers, ground reports and media literacy content. Much of this work involves using investigative methods and forensic tools. Our work is resource-intensive, and we rely on our readers to fund our work. Support us so we can continue our work of decluttering the information landscape. BECOME A MEMBER
📧 Subscribe to our newsletter here. 📣You can also follow us on Twitter, Facebook, Instagram, Youtube, Linkedin and Google News