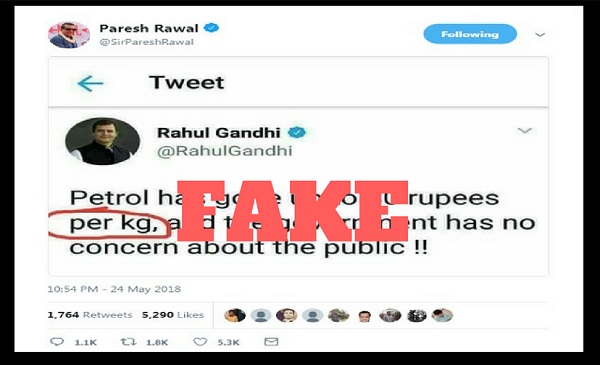 Actor and Member of Parliament Paresh Rawal who has gained notoriety for spreading and succumbing to fake news on Twitter, did it again on Thursday when he shared a photoshopped tweet of Congress President Rahul Gandhi.

The Bharatiya Janata Party (BJP) politician tweeted the morphed screenshot without offering any comment. The text of the fake tweet reads, "Petrol has gone up to 80 rupees per kg, and the government has no concern about the public !!" The purported gaffe was that Gandhi had used kg (or kilo gram) instead of 'litre' while referring to petrol prices in India.

At the time of writing this story the tweet was still visible despite many pointing out to Rawal that it was fake. The tweet has been online for more than 12 hours, enough time for it to be downloaded and be shared on WhatsApp.

A simple magnification of the tweet shows that it is poorly photoshopped with a huge amount of grey visible all throughout the tweet. (Here the magnifier is the grey circle) 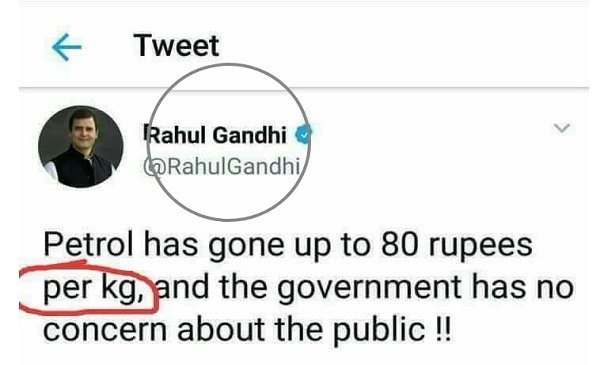 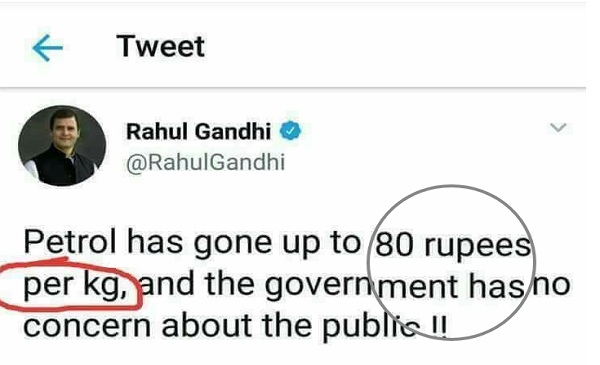 BOOM also ran the picture through a forensic photo analyzing tool. Here the illuminated parts show that picture has been heavily manipulated. 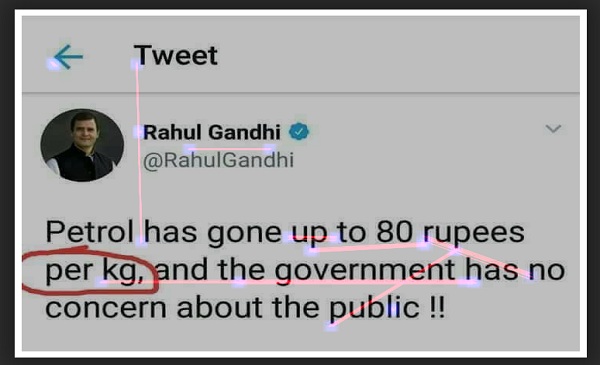 The government has been facing flak from opposition leaders as prices of petrol soar in many major Indian cities.

Glad to see you accept the @imVkohli fitness challenge. Here’s one from me:

Reduce Fuel prices or the Congress will do a nationwide agitation and force you to do so.

I look forward to your response.#FuelChallenge

Fuel prices have sharply moved upwards for the 12 consecutive day on Friday. Prices have been climbing steadily as international crude prices rally. The sharp decline of the rupee against the U.S. dollar has put further pressure on domestic fuel prices.

fake news featured Fuel Prices Paresh Rawal petrol prices Rahul Gandhi Twitter
If you value our work, we have an ask: Our journalists work with TruthSeekers like you to publish fact-checks, explainers, ground reports and media literacy content. Much of this work involves using investigative methods and forensic tools. Our work is resource-intensive, and we rely on our readers to fund our work. Support us so we can continue our work of decluttering the information landscape. BECOME A MEMBER
📧 Subscribe to our newsletter here. 📣You can also follow us on Twitter, Facebook, Instagram, Youtube, Linkedin and Google News 📝Stay updated with all our latest fact check stories.