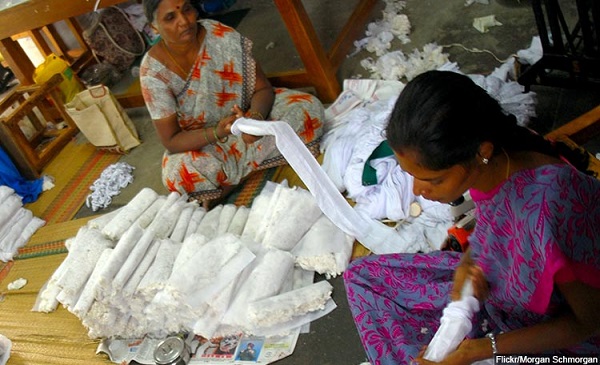 Mumbai: More than half of young women in rural India use home-based or unsanitary methods of menstrual protection, according to national health data.

As Padman–a film about a man who revolutionised the manufacturing of sanitary napkins–hits cinemas today, we analyse the menstrual protection methods used by Indian women.

Menstruation is a biological process experienced by all adolescent girls and women; yet it is not spoken about openly causing embarrassment and shame.

Using unhygienic methods not only increases chances of menstruation-related infections, but also severely restricts girls and women from performing their daily tasks, such as going to school or working in the fields, showed the 2014 Spot On report by Dasra, a philanthropic organisation.

The government’s scheme for promotion of menstrual hygiene under the National Health Mission has been decentralised to states, but the utilisation of the funds has been poor.

Further, the issue of disposal of non-biodegradable pads remains unaddressed.

With more education, a shift to hygienic methods

Of 25,318 young rural women with no schooling, only 20% used a hygienic method of menstrual protection. Of these, 88.8% prefer cloth while 13% said they use sanitary napkins.

With more years of education, the preference shifts to sanitary napkins and locally made napkins, data show.

Among rural women in the 15-24 year age group with 12 or more years of education, 80% used a hygienic method for menstrual protection–60% of them said they use a sanitary napkin while 43% said they use cloth. (As respondents choose more than one method, the total is above 100%).

As many as 63 million adolescent Indian girls live in homes without toilets, forcing 66% of women to manage their menstruation in the open, according to the National Guidelines on Menstrual Hygiene Management 2015.

Lack of toilets and the taboo around menstruation forces girls to opt out of school once they reach puberty, impeding the growth of female literacy in India.

In 2014-15, the average annual dropout rate, in the upper primary level (grades VI-VIII) for girls was 4.6% while it was 3.49% for the boys, according to District Information System for Education.

In rural India, 23% of girls have listed menstruation as the chief reason for dropping out of school. As many as 28% of them said they do not go to school during their period because they lack clean and affordable protection, IndiaSpend reported in June 2017.

The conversations on period management between mothers and daughters seemed non-existent or limited to the very basic advice, according to this 2012 survey conducted during Great WASH Yatra.

The survey was conducted across eight locations in five Indian states, and was organised by Water Supply and Sanitation Collaborative Council and Wash United, organisations working to improve sanitation and hygiene.

As many as 71% of girls report having no knowledge of menstruation before their first period, according to the 2014 Dasra report quoted above. Their mothers, who can ideally guide them, are typically ignorant of hygienic practices themselves. They often overlook the importance of a healthy diet in preventing common menstrual problems such as anemia and the associated fatigue, irregular periods and hygiene- related infections, the report said.

Lack of knowledge about the physiology of menstruation extends beyond the family to teachers and frontline health workers, according to this 2011 study conducted by UNICEF. Teachers often find the topic of menstruation embarrassing to discuss in a classroom setting and in many cases are themselves not scientifically oriented towards it.

Due to lack of reporting, there is a higher chance of under-diagnosis of serious conditions, which if untreated may have significant effects on both the reproductive health and productivity of women, according to the 2014 Dasra report quoted above.

In the slums of western Maharashtra, a majority of the menstruating population suffered from at least one of the ‘common’ menstrual problems, but 74% did not seek any medical help, according to this 2013 cross-sectional study conducted among adolescent girls in the field practice area of Krishna Institute of Medical Sciences in Karad, western Maharashtra.

In the absence of proper disposal mechanism, users may throw menstrual waste in the latrine or pit, put it in their school bag or dispose it discreetly in open drains, fields or water bodies, which can create blockages in sanitation systems.

In the case of reusable menstrual solutions, a big challenge for girls would be the need for access to soap and water to wash the product, as well as a discreet place to dry it, according to this 2016 paper published by FSG, a social change-driven consulting firm.

High content of non-biodegradable components makes the disposal of commercial pads a matter of concern, according to this 2015 research study published in the British Medical Journal. Commercial pad makers currently have not adapted their products to ensure safe disposal under all circumstances, the study said.

If these non-biodegradable napkins were to become available to all women of menstruating age, India would produce 580,000 tons of menstrual waste every year, most of which would end up in water bodies or be burned along with other domestic waste, according to the 2014 Dasra report quoted above.

How a social enterprise is changing attitudes, practices in rural India

Aakar Innovations, based in Mumbai, is changing attitudes and practices around menstrual hygiene.

Incubated at the Centre for Innovation, Incubation, and Entrepreneurship at Indian Institute of Management, Ahmedabad, in 2010, it is a “hybrid social enterprise” that enables women to produce and distribute affordable, fully compostable sanitary napkins.

“We are running (a) behavioural change programme to also introduce concepts of menstrual hygiene, change attitudes and practices towards demand, use and disposal of pads and build an eco-system that enhances the agency of girls and women,” Jaydeep Mandal, founder and managing director of Aakar Innovations, told FactChecker.

Currently running in 14 states and involving more than 600 women, Aakar Innovations sets up sanitary napkin production units in rural and slum areas that generate employment for 12-14 women directly and involve another 30-40 women to create demand and distribute the product. Women run the factory, design strategy for production, sales and marketing. A group of women at a sanitary pad production unit of Aakar Innovations.

The scheme for promotion of menstrual hygiene is being implemented under National Health Mission in over 17 states as of 2016-17.

However, the average utilisation of funds across the country has been less than 50% in three years to 2016-17, our analysis shows.

Utilisation Of Funds For Menstrual Hygiene

Further, 73% of sanitary napkins supplied by the Centre were lying unutilised in Gujarat, and sanitary napkins were not distributed in Chhattisgarh, according to a 2015 report (for 2011-12 to 2013-14) from the Comptroller and Auditor General, the government’s auditor quoted in this Lok Sabha reply.

The story was first published on factchecker.in