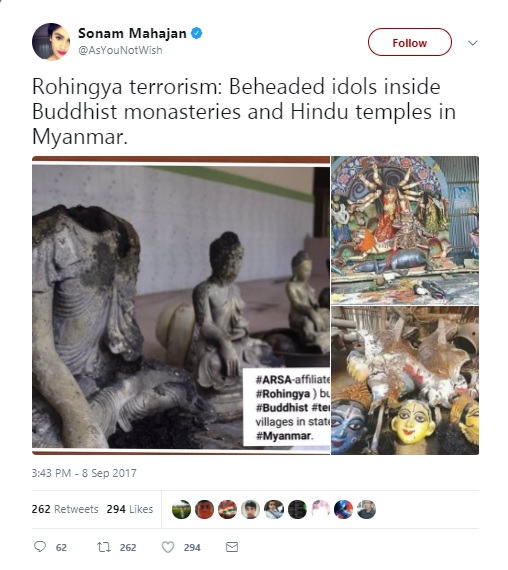 Old pictures of desecrated idols of Buddha and goddess Durga from Bangladesh from different years are being shared on social media as acts of vandalism by Rohingya Muslims in Myanmar this year.

BOOM did a Google reverse image search and found that the images are not from Myanmar but are from Bangladesh and were shot in different years.

Mahajan deleted her tweet after BOOM called out the pictures as fake but was defiant and tweeted the sames again saying the perpetrators were the same.

Ok, these pictures are from Bangladesh and not Myanmar but the perpetrators are same. Bengali/Rohingya Islamists and we despise them. pic.twitter.com/w9edhuIQ9P

What our search revealed 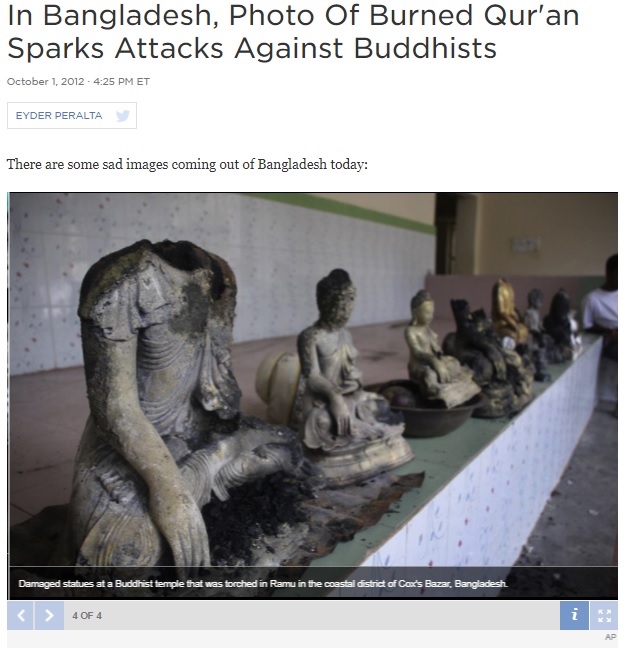 In Bangladesh, Photo Of Burned Qur'an Sparks Attacks Against Buddhists 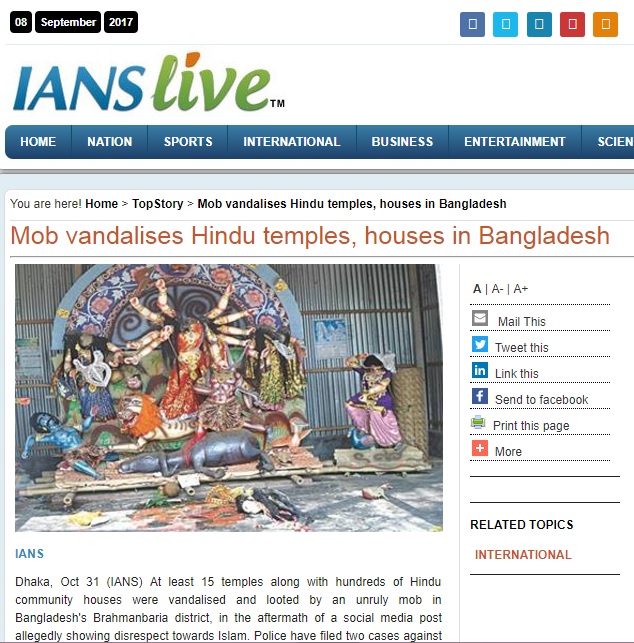 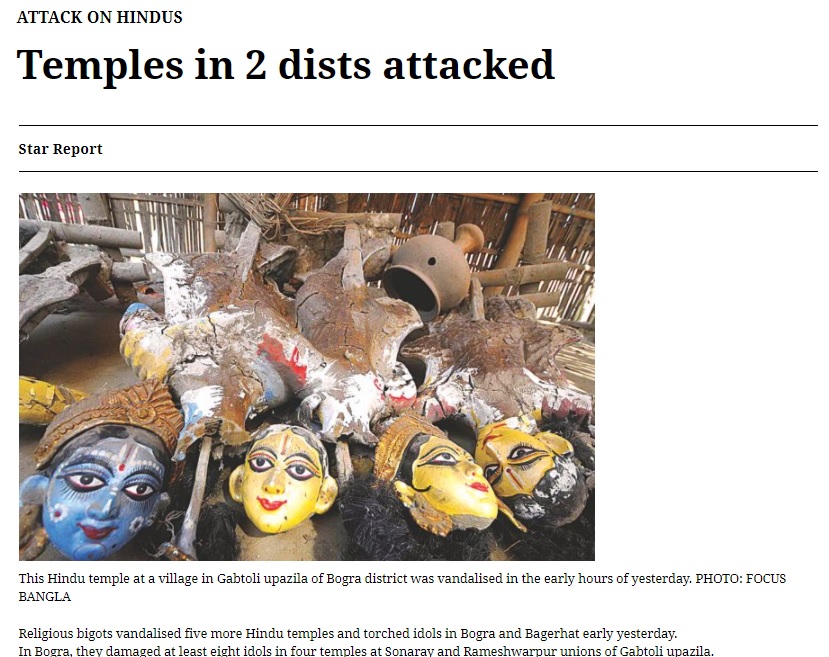 While the above pictures are from Bangladesh, gruesome images are streaming out of Myanmar on a daily basis as over 100,000 Rohingya people have fled their homes since 25 August while trying to escape violence from a military counter-offensive against Rohingya militants who attacked police posts.

Both sides have accused the other of spreading a campaign of disinformation on electronic media and of hiding the ground reality of the ethnic conflict.