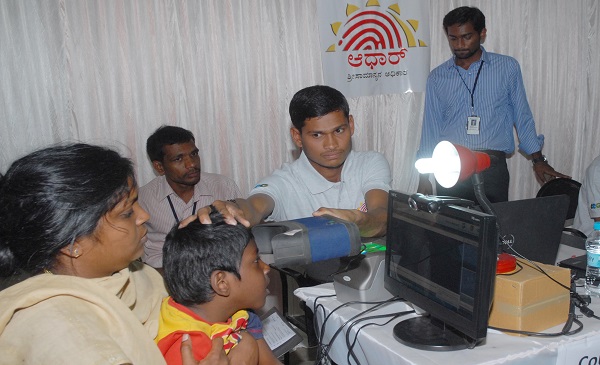 Citizens enrolling for Aadhaar at a centre in Bengaluru. Courtesy: IANS

Putting an end to the confusion on the deadline to link bank accounts to Aadhaar, The Ministry of Finance has extended the December 31, 2017 deadline to March 31, 2018.

The PIB release on December 13, 2017 says that, '31st March, 2018 or six months from the date of commencement of account based relationship by the client, whichever is later, as the date of submission of the Aadhaar number, and Permanent Account Number or Form 60 by the clients to the reporting entity.'

It has been decided by the Government to notify 31st March, 2018 or six months from the date of commencement of bank account based relationship by the client, whichever is later, as the date of submission of Aadhaar number& PAN or Form 60 by the clients to the reporting entity. 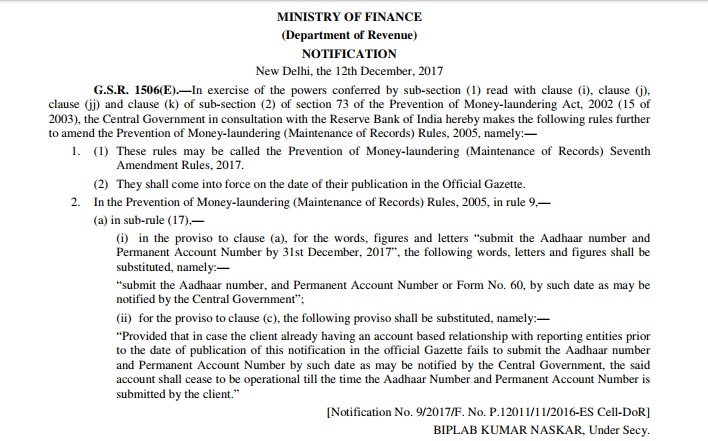 This also gives breathing space to citizens who are yet to link their Aadhaar with other financial products like mutual funds, insurance, PF accounts, post office schemes as the deadline was linked to the deadline for linkage to bank accounts. This was earlier mandated by the provisions under the Prevention of Money Laundering Act.

The Supreme Court while hearing several petitions seeking an interim stay on mandatory Aadhaar linking has also extended the deadline to link Aadhaar to mobile numbers to 31st March, 2018 from the earlier deadline of February 6, 2018.

March 31, 2018 continues to remain the deadline to link the Aadhaar number with the Permanent Account Number (PAN).

The Supreme Court also said that a five-judge constitution bench would begin hearing final arguments on the legality of Aadhaar on January 17, 2018.

The government had already informed the SC that it is willing to extend the deadline for mandatory Aadhaar linkage to various services and welfare schemes to March 31, 2018.

Several petitioners have approached the SC against the Aadhaar scheme, challenging its validity and claimed that it violated individual privacy rights.

The fight against Aadhaar by these petitioners got a boost when a nine-judge constitution bench of the apex court had held that Right to Privacy was a Fundamental Right under the Constitution.