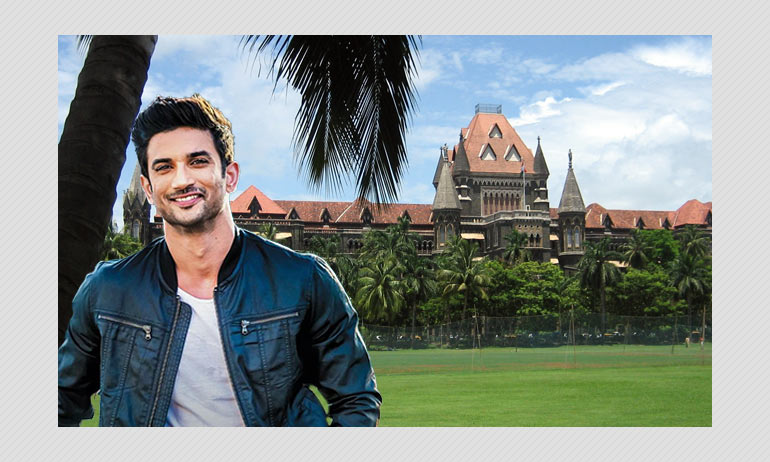 The Bombay High Court on Thursday, urged media channels to exercise restraint while reporting on the details of the investigation surrounding the death of actor Sushant Singh Rajput.

The high court order came on two pleas that sought the postponement of "media trials" and "guidelines" for reporters covering crime.

The high court said it was not going to issue any directions for now since it first wanted to hear what the media channels had to say.

The court has issued notice and sought replies from the media channels, Maharashtra, the Information and Broadcasting (I&B) Ministry, the NBA and the PCI. The matter will be next heard on September 10.

For now, the high court said, we only urge and expect" the media channels "to exercise restraint" in "reporting pertaining to the investigation of unnatural death of actor Sushant Singh Rajput which would in any manner hamper or prejudice the ongoing investigation" conducted by the Central Bureau of Investigation (CBI).

The 'Kai Po Che' actor was found dead in his suburban Mumbai apartment on June 14 earlier this year. Rajput's father filed an FIR in Patna holding actor Rhea Chakraborty--Rajput's girlfriend--and her family responsible for the actor's death, in July. A turf war between the Mumbai Police and the CBI (Bihar transferred the case) was settled when the Supreme Court ruled in favour of the central probe agency.

During arguments, senior advocate Devadatt Kamat invited the court's attention to the "Code of Ethics and Broadcasting Standards" issued by the News Broadcasters Association.

The first plea was filed by national award winner Nilesh Navalakha and two others expressed their concern over "the falling standards of journalism and propaganda news." It added that the media channels have "proceeded to already convict the accused named in the FIR" and made "insinuations against high ranking officers of the Mumbai Police and Ministers of the State without even completion of the investigation or probe in the matter".

The other plea was filed by eight former IPS officers who submitted that there was an "unfair, malicious and false media campaign" against the Mumbai police.

"A section of TV Channels have been trying to change the course of the investigation being done by the Central Agencies through their biased reporting and false propaganda. This has created an air of suspicion in the minds of the general public as to the facts of the case under investigation and also about the Mumbai Police, health services and other support services of the state," the plea stated.

The former IPS officers expressed grave concerns over the trend of media trials in the media, especially TV channels and felt the need for comprehensive guidelines to check reportage, particularly in the crime beat so that reporting does not turn in media trials, where it becomes "prosecutor, jury and judge".