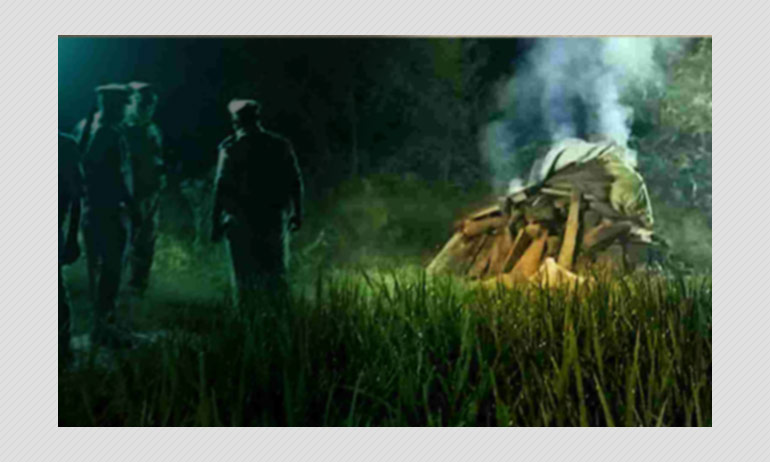 The Allahabad High Court on Monday observed that the decision of the state authorities and the District Magistrate to cremate the victim from the Hathras incident in the pre-dawn hours of September 30 without handing over the body to the family members or their consent appeared to have infringed on the family's fundamental rights.

"The victim was at least entitled to decent cremation in accordance with her religious customs and rituals which essentially are to be performed by her family. Cremation is one of the 'Sanskars' i.e., antim sanskar recognized as an important ritual which could not have been compromised taking shelter of law and order situation," the Lucknow bench of the high court said.

The division bench comprising Justices Rajan Roy and Pankaj Mithal made pointed observations on the core issues on whether the hasty cremation under the present context infringed on the family's rights. If yes, who is responsible, how to fix their accountability and liability and how could the family be compensated for the same; and secondly, the larger issues involved in the context of such rights so that these rights are not "casually and whimsically" compromised.

The high court's observation came in the suo motu matter it had taken cognisance of on October 1, two days after the 18-year-old Dalit girl (her post-mortem report records her age as 22 years) succumbed from her injuries after she was assaulted and allegedly gang-raped by four upper-caste men in Hathras, Uttar Pradesh.

Two constitutional courts are dealing with issues arising out of the Hathras incident. The High Court took suo motu cognisance of the issue, while the Supreme Court is dealing with a plea filed in connection with this matter.

The Uttar Pradesh government filed a compliance report submitting that it was committed to providing security to the victim's family. The state also requested a court-monitored Central Bureau of Investigation (CBI) probe into the incident.

Submitting details, the state said that around 61 security personnel including officials from the fire department plus a quick response team (QRT) have been deployed on a rotational basis to offer round the clock security to the victim's family. Eight CCTVs and 10-12 lights have also been installed for 24hr surveillance. The top court will hear the issue tomorrow.

Sensitivities of people v/s Law and Order must be balanced: HC

The high court pulled up the state government for its actions during the hearing on Monday. According to news reports (here and here), the high court asked ADG Law and Order Prashant Kumar whether he would allow a funeral in such a manner to take place if it was his daughter. Kumar reportedly had no answer.

In the 11-paged order, the high court further observed that it did not "find any good reason on behalf of the administration" as to why it could "not hand over the body to the family members for some time, say for even half an hour, to enable them to perform their rituals at home and thereafter to cremate it either in the night or next day."

Accepting that though "the administration may not have categorically refused the family members to see the face of the deceased but the fact remains that it was not shown to any of them in spite of their repeated requests."

Also read: The Rights of The Dead And Last Rites: All You Need To Know

The high court said that "sensitivities of the people which the constitution recognizes as fundamental rights"– this includes the right to a decent burial—"have to be respected and if considerations of maintenance of law and order are pitted against such valuable rights, the situation needs to be handled deftly and responsibly…".

"The guiding principle of governance and administration, after independence, should be to 'serve' and 'protect' people and not to 'rule' and 'control' as was the case prior to independence. Government should come out with appropriate procedures as guidance for district officials to deal with such situations," the court added.

Do not character assassinate the victim or the accused: HC

The high court directed the Additional Chief Secretary (Home) to come out with a draft policy that would "lay down certain procedures as guidelines to the district officials for the future in matters involving cremation/burial of the dead in the circumstances with which we are concerned."

The high court also directed the state to "ensure the safety and security" of the victim's family so that they are not harmed in any way. The bench said the investigation must be kept fully confidential and not leaked to the public.

The high court also prevented any officer "who is not directly connected with the investigation" to make any public statements "as it can lead to unnecessary speculation and confusion amongst the masses".

Also Read: What The Law Says About Revealing A Sexual Assault Victim's Identity

Lastly, the high court requested the media and political parties "to air their views" in a way that it did not "disturb social harmony" or infringing on the rights of the victim's family or that of the accused. "No one should indulge in character assassination of the victim just as the accused should not be pronounced guilty before a fair trial," the bench added.