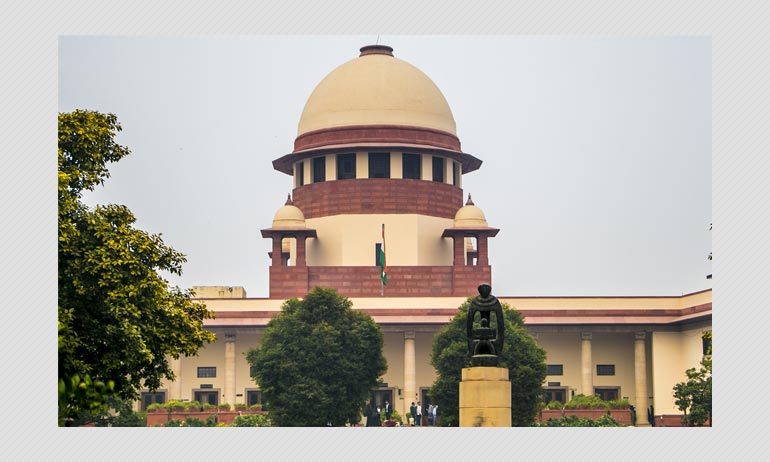 States and universities cannot promote students in their final year/terminal semester without holding examinations, the Supreme Court ruled on Friday. Students cannot be promoted based on internal assessment or past performance; the three-judge bench ruled.

The court also refused a plea seeking to quash the revised July 6 circular issued by the University Grants Commission's (UGC) which mandated final exams be held by September 30.

States that have decided to cancel exams under the Disaster Management Act "shall prevail" the court said. However, if a state has taken a "decision that it is not possible to conduct the final year/terminal semester examination" by September 30, it can approach UGC and seek an extension of the deadline.

The top court's verdict came on a batch of cross petitions that challenged the UGC's July 6 circular mandating states to conduct the final semester exams amid the pandemic and states' decision to cancel the exams.

The Disaster Management Act, 2005 empowers State Governments to take measures for prevention and mitigation of a disaster and these actions taken by the authorities have been "given overriding effect to achieve the purpose and object of the Act, 2005," the court ruled.

The revised UGC guidelines as well as the SOP for the conduct of examinations circulated by the Ministry of Human Resource Development (MHRD) "clearly shows a deep concern with the health of all stakeholders," the verdict read.

"The Guidelines were issued with the object that a uniform academic calendar be followed by all the Universities and final /terminal examinations be held," the 160-page verdict read.

"The differentiation made in the Revised Guidelines to hold final or terminal semester examination and to give option for earlier years/intermediate semester for not holding the examination has a rational basis," it added.

Petitions in the Supreme Court on the issue of exams can be divided into two broad categories – those who wanted the exams to be cancelled, and those who to give exams.

Those against exams submitted that UGC's decision in holding exams during a pandemic violated fundamental rights, was "extremely arbitrary, whimsical and detrimental to the health and safety of the students."

"The revised guidelines have been passed in ignorance of rising cases of Covid-19" and "not taken into account the consequent risk of life to which the students writing examinations would be exposed to." It was also impractical to hold exams considering buildings in educational institutions were requisitioned by the states as quarantine centres.

UGC said any decision cancelling exams would "directly impact the standards of higher education in the country".

"The decision to hold the exams was not arbitrary... it was taken after recommendations by experts. The call taken by some states for cancellation and confer the degrees will impact the standards of higher education and it is not permissible under UGC guidelines. Conducting examinations for final year students is necessary to test them on 'specialized elective courses' studied by them during the terminal year," the UGC said in its reply.