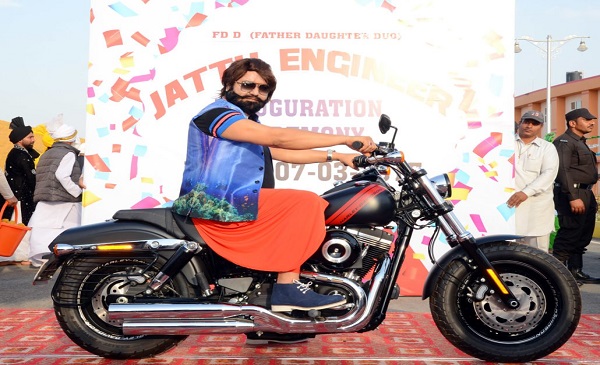 The CBI court has sentenced Dera chief Gurmeet Ram Rahim Singh to a total of 20 years in prison. CBI judge Jagdeep Singh started reading out the sentence to convict Gurmeet Ram Rahim Singh post 3 pm after he heard the lawyers from both sides for ten minutes each. The prosecution demanded maximum punishment for the godman while Rahim's lawyers sought leniency. News channels reported that the Dera chief broke down in court and also appealed for leniency.

While it was earlier reported that Ram Rahim Singh was sentenced to 10 years imprisonment; lawyers of the prosecution and defence later clarified to news outlets that the sentence was 10 years and a fine of Rs. 15 lakh in each of the two cases bringing the total sentence to 20 years.

Judge announced 10 yrs imprisonment & Rs.15 lakh fine each in 2 cases & Rs.14 lakh each to be paid to both victims: #RamRahimSingh's lawyer pic.twitter.com/atoTiHf8ET

A Dera spokesperson put out a video appealing to its supporters to maintain peace. The Dera has already made it clear that they will challenge the judgement in the High court.

This case is also seen as a major victory for India's premier investigating agency CBI as they battled several roadblocks in their 15-year journey to bring the self-styled godman to book. M Narayanan, a former CBI officer who nailed Dera Sacha Sauda chief Gurmeet Ram Rahim Singh had revealed post the verdict on August 25 that two senior officials had handed him the case with specific orders 'to close it'. He also recounted how several politicians and businessmen routinely tried to put pressure on him to weaken the case.

Earlier on Friday, the CBI court had found the Dera chief guilty of rape. Following the conviction, thousands of Dera supporters who had gathered in Panchkula got violent, burning outdoor broadcast vans of news channels, stoning passing vehicles and setting several of them on fire. The mob also broke window panes of several buildings across Punjab and Haryana with the violence spreading also in Delhi where two train bogies and a bus were set on fire.

38 people were killed and over 200 injured in riots as the huge violence forced the cops and paramilitary forces to fire against the protesters.

The Dera chief's date with law started in 2002, when an anonymous letter addressed to then Prime Minister Atal Bihari Vajpayee accused the godman of sexually assaulting not just the author of the letter but several other sadhvis. The letter mentioned the modus operandi of the chief and the claims of political patronage made by him in a bid to intimidate his victims into submission (Click here).

The Punjab and Haryana High Court took suo moto notice of the allegations and directed the CBI to investigate the case. The CBI met 18 former sadhvis and two of them testified on oath confirming the charges of rape made against the godman. But it is only in 2007 that the CBI filed its chargesheet against the Gurmeet Ram Rahim Singh with additional charges levied against him in 2008.

(Updates to add clarification on quantum of sentence)