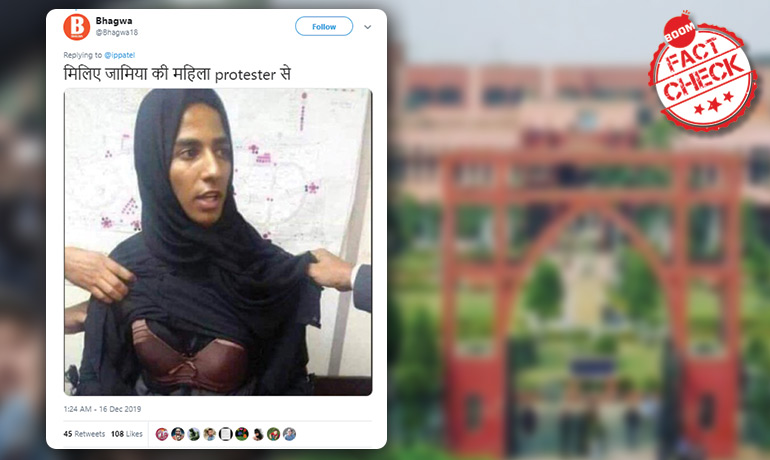 An old photograph of a man impersonating a burkha-clad woman to kidnap children has resurfaced with claims that he is one of the protesters of Jamia Millia Islamia University (JMIU). In the viral photo, the kidnapper has been wrongly identified as a JMIU protester, whose identity was left exposed.

The photo appears to be of a man who was caught while kidnapping children in Egypt.

Students across the country have been protesting against the Citizenship Amendment Act (CAA) since last week. Protests turned violent in the JMIU and the Aligarh Muslim University campus after police cracked down on the varsity on Sunday leaving multiple students injured.

The same photo was sent to BOOM's helpline number for verification.

BOOM ran a reverse image search and found that the photo is of a man who was arrested for allegedly kidnapping children under the guise of a woman in Egypt, two years ago. Upon relevant keyword searches, we were directed to multiple news reports which reported about a young man who donned a burkha to kidnap children, in a gathering that was held in Cairo.

The accused was caught from a mall located at North 90 Street, gate number 8, Cairo Festival City, by residents, who became suspicious of his movement. He was later handed over to the police.