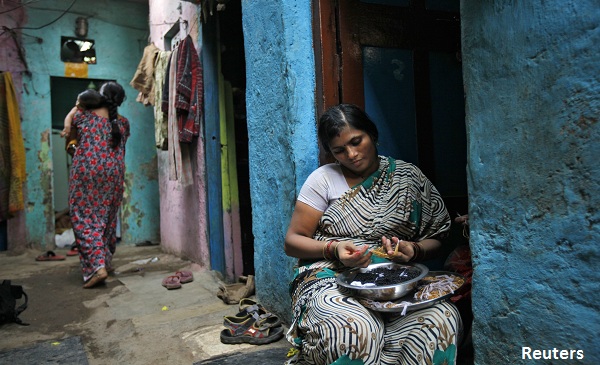 An increase in the proportion of women accessing microfinance services by just 15% could potentially reduce gender inequality, as measured by the Gender Inequality Index, by half in the average developing nation. The finding comes from a recent study published in Applied Economics Letters that also found that cultural characteristics can influence this relationship.

Gender equality refers to the rights, responsibilities and opportunities of women and men, girls and boys. It does not imply that women and men are the same, but that the interests, needs and priorities of both women and men should be taken into consideration while recognising diversity across different populations.

While the world has achieved progress towards gender equality under the UN’s Millennium Development Goals, women and girls continue to suffer discrimination and violence in many parts of the world.

Take girl’s education for example, only 74 girls were enrolled in primary school for every 100 boys in 1990 in southern Asia. By 2012, enrolment had ratios remained the same.

Girls also face barriers to entering both primary and secondary school in sub-Saharan Africa, Oceania and western Asia. Disadvantages in education translate into a lack of skills and limited opportunities in the labour market. In northern Africa, for instance, women hold less than one in five paid jobs in the non-agricultural sector.

Microfinance gets its popularity and fame from Mohammad Yunus, who began experimenting with lending to poor women in the village of Jobra, Bangladesh, during his tenure as a professor of economics at Chittagong University, in the 1970s. In 2006, he won the Nobel Peace prize for pioneering the concepts of microfinance and establishing the Grameen Bank in 1983.

Since then, various forms of microfinance programs have been introduced in many countries.

Generally speaking, microfinance is the extension of small loans to the very poor, in combination with other financial services such as saving facilities, training, health services, networking, and peer support. This enables people to pursue entrepreneurial projects that generate extra income, thus helping them to better provide for themselves and their families.

The last 30 years have shown that microfinance is a proven development tool capable of providing a vast number of the poor, particularly women, with sustainable tailored financial services that enhance their welfare.

According to Microcredit Summit Campaign Report 2015, 3,098 microfinance institutions had reached over 211 million clients by 2013, 114 million of whom were living in extreme poverty. Of these poorest clients, 82.6%, or over 94 million, were women.

Conceptually, microfinance enables poor women to engage in income-generating activities that help them become financially independent, strengthening their decision-making power within the household and society. It is through this channel that economists argue that microfinance has the potential to reduce gender inequality.

But country-level community-based microeconomic research from across the developing world both supports and contradicts this premise. Given this inconclusive evidence, we thought a macroeconomic approach that pulls information from many countries together might provide a clearer picture.

Evidence from around the world

Our study uses data from 64 developing countries from between 2003 and 2014 to examine general international trends and patterns on gender inequality and microfinance.

Gender inequality is measured with two popular indicators from the UN: Gender Development-related Index (GDI) and Gender Inequality Index (GII). These are composite indices based on measures of differences in health, education, living standards, empowerment, and economic status.

The key variable of significance in our analysis is a gendered indicator of microfinance usage, defined as the proportion of female clients as a share of the total national population. We constructed this measure using microfinance data from MIX Market, a microfinance auditing firm.

But we also found that cultural characteristics that govern the relationships between men and women can potentially influence this relationship. For example, pressure on women to take on cooking and rearing responsibilities within the home could potentially limit their ability to fully adopt employment opportunities through microfinance-generated investments.

That religion does not necessarily play a role in explaining the interaction between microfinance and gender inequality is another one of our findings. Instead, national conservatism and microfinance firms’ adoption of culturally-appropriate local practices potentially does. Many firms acknowledge the difficulties associated with women working outside the house in certain communities, for instance, so they help women establish small businesses at home, sometimes pulling resources together across households.

Given these positive outcomes, governments and international organisations in developing nations should continue to promote microcredit institutions to indirectly empower women. But they must keep in mind that microfinance does not automatically empower women.

Country-specific and cultural factors play a key role in determining how microfinance interacts with gender inequality. And these should be considered when assessing the impact of microcredit in the developing world.