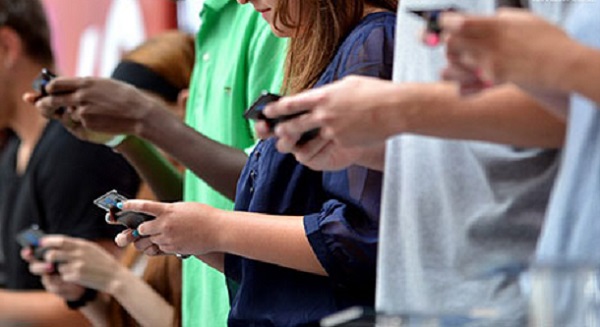 Major Indian information technology (IT) services companies say they are slowly coming on top of the transformation to digital that the world is seeing. Companies like Accenture tell me they have re-skilled some 150,000 engineers already in this effort. Other companies would be close.

But will these efforts lead to leadership in the digital economy by Indian companies, like it did in IT services a few decades ago?

The answer, according to Soumitra Dutta, professor and until recently Dean of the SC Johnson College of Business at Cornell University is quite simply no.

"The question is what is happening to the economy as a whole and how is technology affecting the economy as a whole. We know the economy is turning more digital which means a lot of transactions are going online. The question now is does India really have a player in that sector ? The answer, unfortunately, is no," states Professor Dutta, a IIT Delhi graduate and computer science PhD holder from the University of California at Berkeley.

According to him, India was too late and the current players are too small. "Essentially on the global stage, you have American and Chinese players. And that's where we see a gap."

Looking back, Dutta says the real success of Indian IT was that it came up with a global offshoring model 25 years ago. "That was process innovation. The software programmers were excellent, leadership was present good and companies like Wipro and TCS have grown. The success is undeniable, very strong and something to be proud of."

But then, asks Dutta: Which companies could have potentially been the Alibaba of India ? Could it have been a TCS, Wipro or Infosys or a startup like Alibaba 15 years ago ? "It's not that the private sector is not innovative or not innovative but how come we don't have a leader in the digital economy ?"

But isn't that unfair in some ways, expecting a TCS to turn into Alibaba which is a e-commerce to payments company (among others) ?

Dutta says that is a good question. "The capability was there. But at some point you have to make a judgement on the business model transition. In terms of infrastructure being ready for that kind of development ? Yes, India's infrastructure has developed more slowly than China's and India has to work every hard to catch up to create a local player that can have that kind of global dominance."

So leadership in the digital economy can come from IT players but it could come from others sectors too.

Has India missed the bus then ?

Then what's the good news if any ?

The second point is more interesting and might have escaped a lot of peoples' attention.

Which is that will emerging markets be able to once again leapfrog with technology ?

Dutta says he does not see this happening in the developed world today. "President Donald Trump does not talk about the digital economy. In the developed world, it's not top of the mind in terms of digital technology transforming economies, providing better future, better lives. "Not the same degree in the minds of the leaders of the developing world," says Dutta emphatically.

The lingering question is, will emerging markets be able to leapfrog successfully, using technology. China has done that, India did it in the last generation of technology.

Will technology provide the golden path for emerging markets like India in the future ?

artificial intelligence California Cornell University digital disruption Indian IT Infosys SC Johnson College of Business Soumitra Dutta TCS Wipro
If you value our work, we have an ask: Our journalists work with TruthSeekers like you to publish fact-checks, explainers, ground reports and media literacy content. Much of this work involves using investigative methods and forensic tools. Our work is resource-intensive, and we rely on our readers to fund our work. Support us so we can continue our work of decluttering the information landscape. BECOME A MEMBER
📧 Subscribe to our newsletter here. 📣You can also follow us on Twitter, Facebook, Instagram, Youtube, Linkedin and Google News