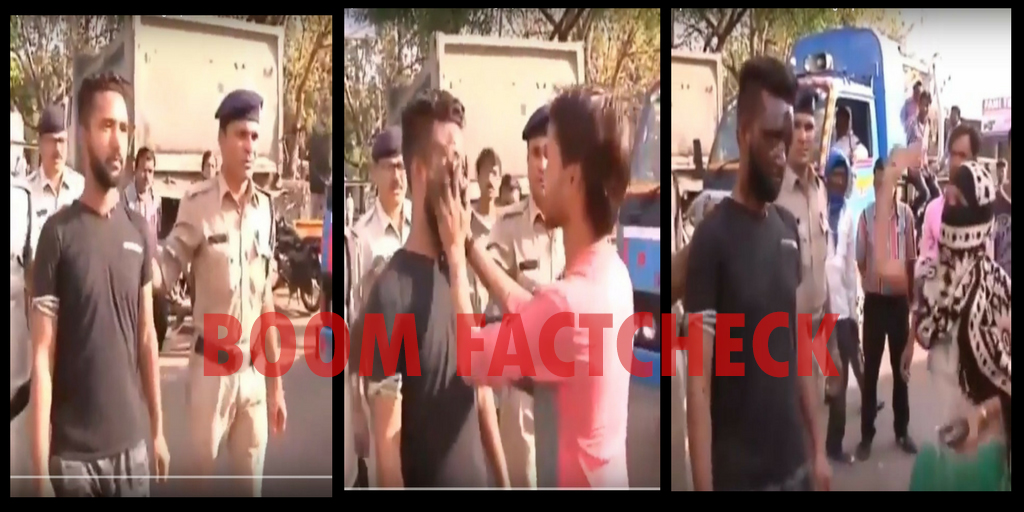 An unrelated video showing civilians attack a suspect whilst in police custody has gone viral on WhatsApp and social media with the false context that the man in the video is one of the suspects in Jammu's Kathua alleged gang rape and murder case.

The video shows a man, believed to be an accused, flanked by four police personnel walking down a street. The video then shows a person from the crowd approaching the man and smearing his face with petrol followed by three women hitting the man with their footwear. The women's faces are covered with scarves.

The video has gone viral on WhatsApp groups, Facebook and YouTube, accompanied with the message that it is a video of one of the accused in the high-profile Kathua case where an 8 year old girl was allegedly held captive, drugged, gang raped and murdered.

BOOM has redacted the name of the deceased victim in the photos below in accordance with Indian law that requires a sexual assault victim's identity should not be made public. 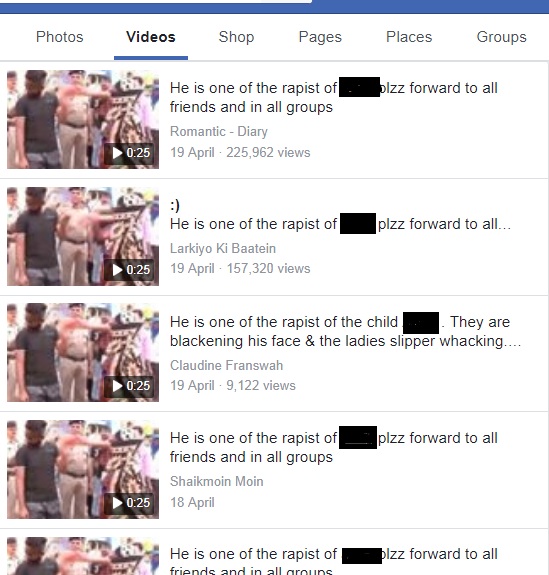 Screenshot of the video being shared on Facebook with misleading context

Screenshot of the video being shared on YouTube with misleading context

A variation of the fake post claims that the man in the video is one 'Mohammed Illias.' The text accompanying it reads as follows "This is the person mohammed illias who murdered 8 year old (victim's name) and threw her body into the temple to bring bad name to BJP & RSS now in police custody" 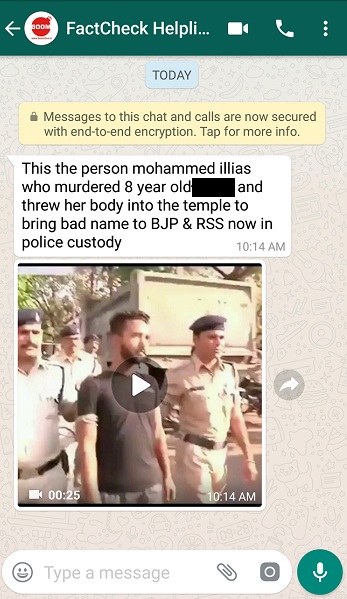 BOOM reached out to Advocate Deepika Singh Rajawat who is the counsel representing the family of the Kathua victim. Rajawat called the video a fake and added that the accused were being held under high security.

It is important to note that no mainstream or credible news outlet has aired this video calling the man seen in it as one of the accused in the Kathua case and it exists only on social media.

BOOM also broke down the video and analyzed it frame-by-frame. We were able to trace the video through a reverse image search to a website called News Nation. The video was uploaded on April 5, 2018 with the text that said college girls attacked a youth accused of raping a 13-year old in Uttar Pradesh's Itawa (also spelt as Etawah). (Click here to view the video on News Nation's site and here to view it on their YouTube channel) 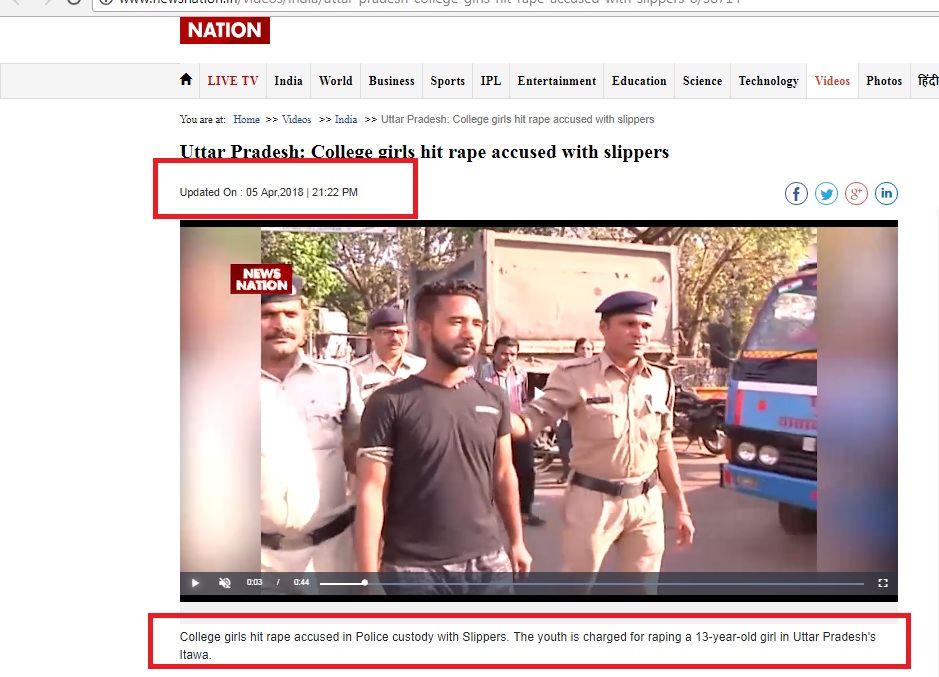 However, when BOOM examined the video on News Nation's website we were able to read the number plate on a police vehicle visible in the video. The number plate reads 'MP 02 (digit not clearly visible) 431' indicating that the incident could be from Madhya Pradesh and not Uttar Pradesh. 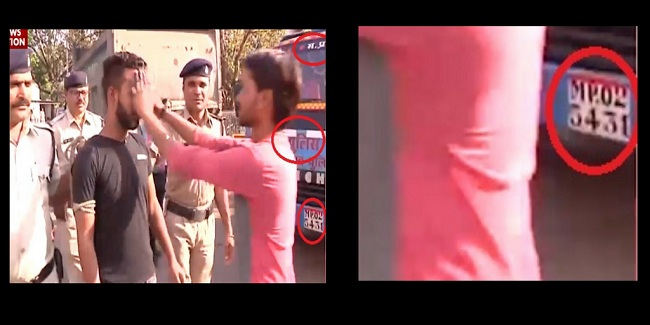 We also spotted that the signboard in the background reads as 'Aarakshi Kendra Hanuman (Nagar or Garh) in Devnagri script.

BOOM is reaching out to police in Madhya Pradesh to ascertain more details about the video . We will update our story upon receiving a response.

However, we can say with reasonable certainty that it not related to the case in Kathua given that the video was uploaded by News Nation a week before it went viral and the presence of 'MP' on the vehicle. This is corroborated by the Kathu case lawyer Deepika Singh Rajawat who has also called the video, fake.