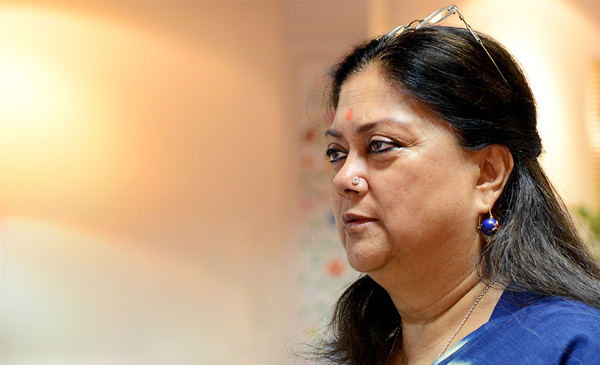 A tweet by Rajasthan Chief Minister Vasundhara Raje over the death of a man allegedly lynched by civic officials has generated a new controversy with several fake Twitter accounts speaking in defense of the state government.

The demise of Zafar Khan ji in Pratapgarh is extremely unfortunate. Investigation is on - justice shall prevail. https://t.co/1V9DmV26KY

Civic body officials in Rajasthan’s Pratapgarh have denied that they assaulted Zafar Khan on June 16th, leading to his death, after he objected to them taking photographs of women defecating in the open, the Indian Express reported. Khan's death has sparked concerns about growing incidents of locals taking law and order into their hands.

The word 'demise' was also used by IG Police Udaipur's handle @igpoliceudaipur, which BOOM made a few calls and verified as a legitimate account.

Raje's June 18th tweet, which received 388 replies at the time of writing this story, received many angry responses, most of which criticized her for using the word 'demise', which implied that Zafar Khan died of natural causes, a statement corroborated by local police to BOOM.

Anand Shrivastava, Inspector General of Police, Udaipur Range told BOOM that the police had set up a medical board comprising of five doctors who ruled that Zafar Khan died due to cardio respiratory failure.

"There was no visual (indications) or serious injuries on his body which could cause death," Shrivastava said.

Aashif Khan kept replying to Raje's tweet, arguing with others who replied on the thread and insisting that Zafar Khan's death was caused by a heart attack. However, Aashif Khan is a fake account that has stolen a picture of Sandeep Amar, chief executive of Indian Express Digital.

BOOM found a November 2012 article that carried Sandeep Amar's image. We contacted Amar, who confirmed his picture has been misused and that he reached out to Twitter to take appropriate action against the account. 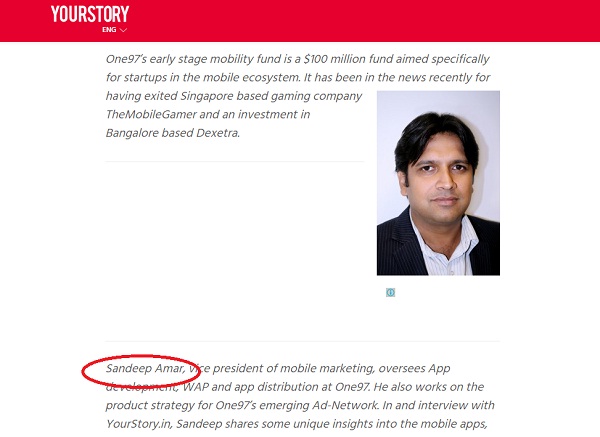 A second fake account named 'Juned Khan' tweeting in favour of Raje's government was also spotted. The account has misused a picture of one Sandeep Biswas, faculty at Central University of Jharkhand. Biswas was not immediately available to comment. More fake accounts were spotted by other users on Twitter who called out their bluff.

We may have stumbled upon pure Gold here with Vasundhara Raje trolls impersonating others on twitter https://t.co/j3A9tNaHkF

We do not know the real identities of the people operating these fake accounts.

lynching Rajasthan Rajasthan Chief Minister Swachh Bharat Swachh Bharat Abhiyan Vasundhara Raje Zafar Khan
If you value our work, we have an ask: Our journalists work with TruthSeekers like you to publish fact-checks, explainers, ground reports and media literacy content. Much of this work involves using investigative methods and forensic tools. Our work is resource-intensive, and we rely on our readers to fund our work. Support us so we can continue our work of decluttering the information landscape. BECOME A MEMBER
📧 Subscribe to our newsletter here. 📣You can also follow us on Twitter, Facebook, Instagram, Youtube, Linkedin and Google News 📝Stay updated with all our latest fact check stories.