A picture of a woman and a young boy posing with garlands is viral with false communal spin that muslim woman in Saudi Arabia married her son, following the husband's death.

The two photos are being shared with the false caption in Hindi and English, "Saudi Muslim mother married her son after the death of her husband"

We found the picture shared on Facebook with the same false communal spin. 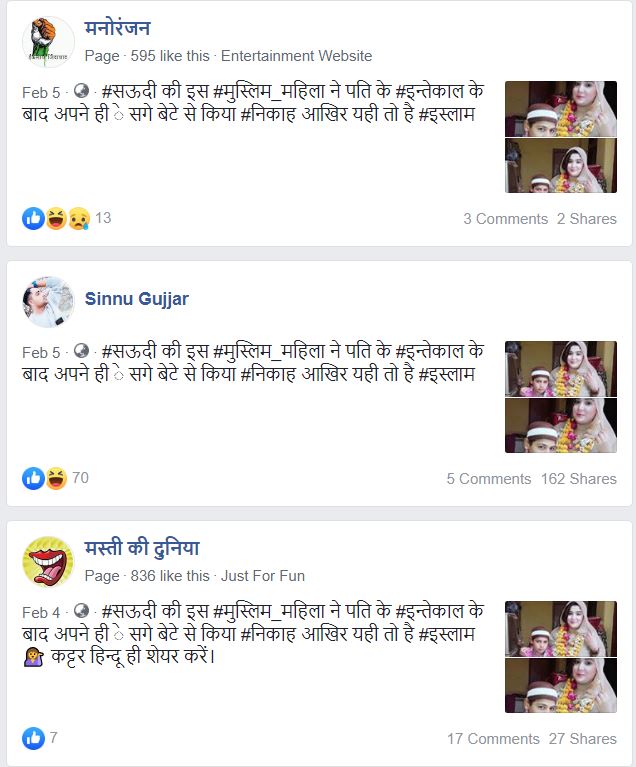 Also Read: No, The Chinese PM Did Not Visit A Mosque To Protect Himself From Coronavirus

Khatam Al-Quran is the complete recitation of the Holy Quran from the beginning to the end.

While we could not successfully establish where the viral picture was clicked, were ascertained that the picture shows a woman posing with her son after he finished the full recitation of the Quran.

A Facebook search for part of the above caption, "Today was my son's Khatam Al-Quran" in Urdu (آج میرے بیٹے کا ختم القرآن تھا) on Facebook showed pictures uploaded by parents of their children with similar garlands around their neck. Some of the pictures also had them posing with their children, with the captions explaining that it was clicked after the 'Khatam Al-Quran' celebration. 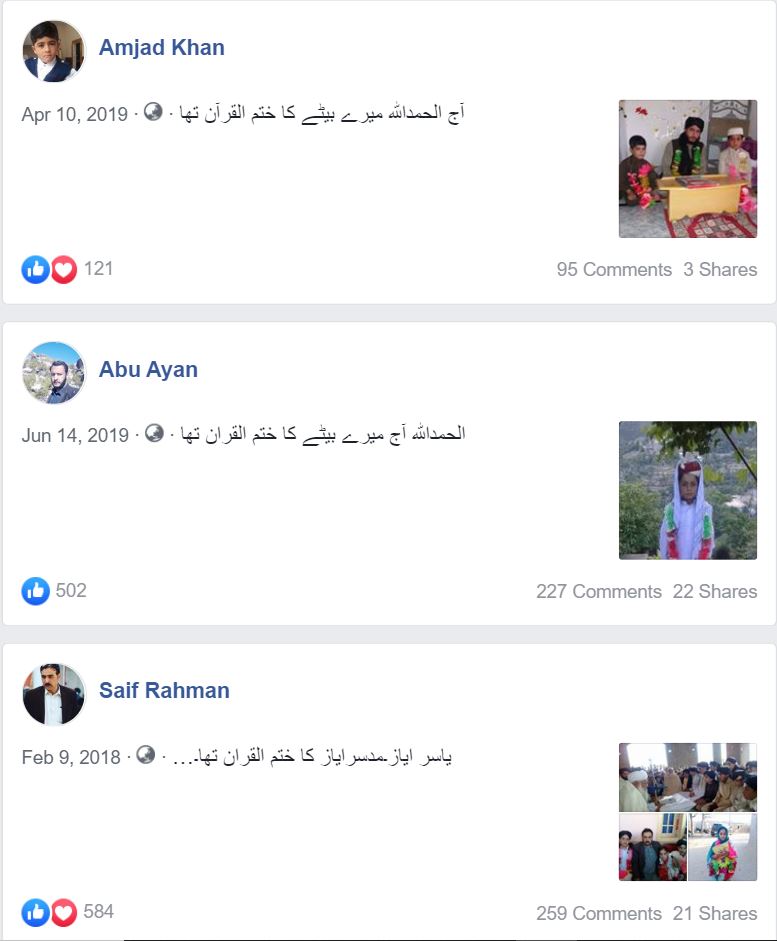 Mohammed Zubair, co-founder of Alt News had previously posted a thread on Twitter detailing what he found on the viral image.