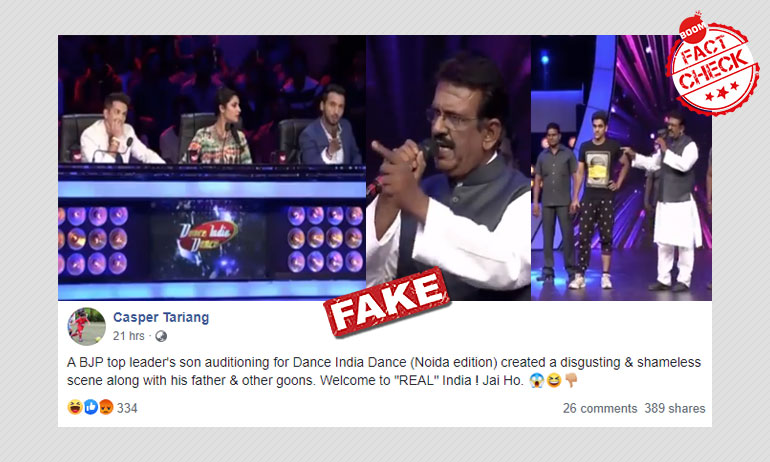 A video from a 2015 episode of a dance reality show where a prank was pulled on one of the judges is viral with false claims that it shows a Bharatiya Janata Party leader from Noida, Uttar Pradesh threatening the judges for not selecting his son as a finalist.

The viral video is from a popular dance reality show - Dance India Dance - and shows a contestant refusing to accept that he has been rejected and then creating a ruckus and even bribing and threatening the judges by saying that his father is very influential, powerful and will create problems for the show if he is not selected.

After the contestant is forced to leave the stage, he returns with a man who claims to be the father of the boy. You can see the man arguing, shouting and threatening to shut down the show because the judges did not select his son.

The 4.59 minutes clip is being shared with the caption, "A BJP top leader's son auditioning for Dance India Dance (Noida edition) created a disgusting & shameless scene along with his father & other goons. Welcome to "REAL" India ! Jai Ho." 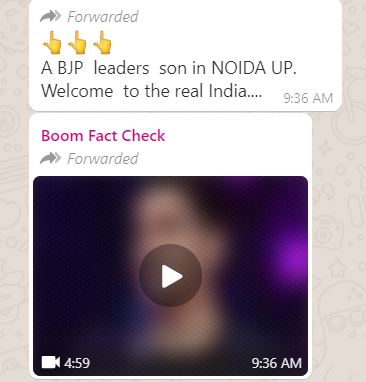 On searching on Facebook with the same caption, we found that the clip is being shared with the misleading caption. 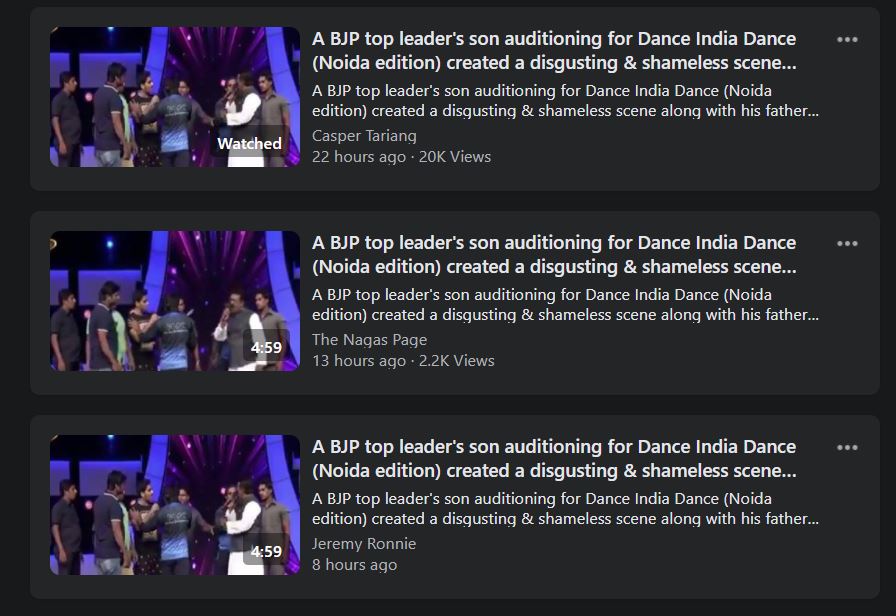 BOOM found that the viral video has been clipped from an episode Dance India Dance to remove the part where it is revealed that it is a prank and not a real incident. The episode where the prank feature is from 2015 when the show aired on Zee TV.

We looked for the episodes of Dance India Dance and found the video is from the first episode of season 5 which aired on June 27, 2015, when the show was holding auditions in Delhi. Halfway through the episode, a contestant who performs badly is asked to stop midway and told that he has not been selected. This seems to anger the contestant who proceeds to threaten, argue and even bribe the three judges -- Mudassar Khan, Punit Pathak and Gaiti Siddiqui. 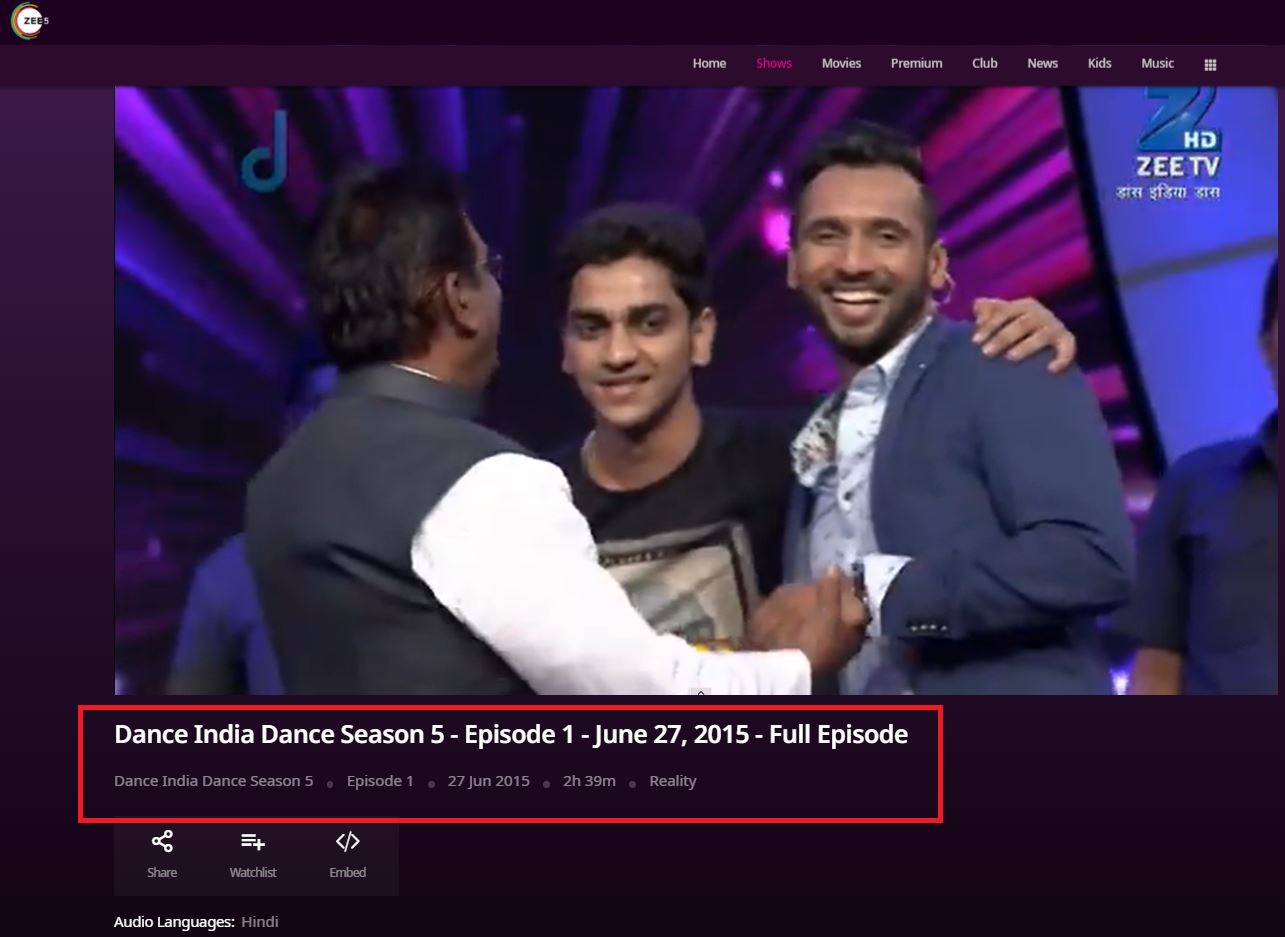 As the show progresses, the contestant's father also comes on stage and threatens the judges and also claims he will shut down the show. The judges and security can be seen pacifying him with one of the judges, Pathak, seemingly getting angry and shouting at the man. At 46.16 minutes, music starts playing and it is suddenly revealed that the whole thing was an act and in fact a prank pulled on the judge, Punit Pathak.

Zee5 is a subscription based streaming site. You can view the same part showing the prank below: