A close up image of an individual's lips and nails is being shared on the internet with the claim the colour of the lipstick and nail polish will change from red to various colours, if a person downloads it, touches the photo , or mass forwards it. Posts sharing the image also claim that it is made by an Argentinian engineer called Dylan, who's only 18 years old.

The claim is misleading; the image misrepresents a 7-year-old post on Tumblr by user Stanley Green, who uses a semi-transparent effect using a photo editing tool which changes the colour of the lipstick and nail polish depending on the background of the image. The photo going viral, however, is not semi-transparent, and will not change colour.

Furthermore, images cannot be manipulated by simply downloading it, touching the screen or mass forwarding. Photo editing tools are required to achieve such effects.

BOOM received the following image and caption on its tipline number: This photo is made by the Argentinian Engineer Dylan, only 18 years old.

3-Touch and the color is wine red.

A quick search with keywords from the caption revealed that the image has been shared multiple times on Twitter. The Print reporter Pooja Mehrotra also shared the image with the exact same caption. 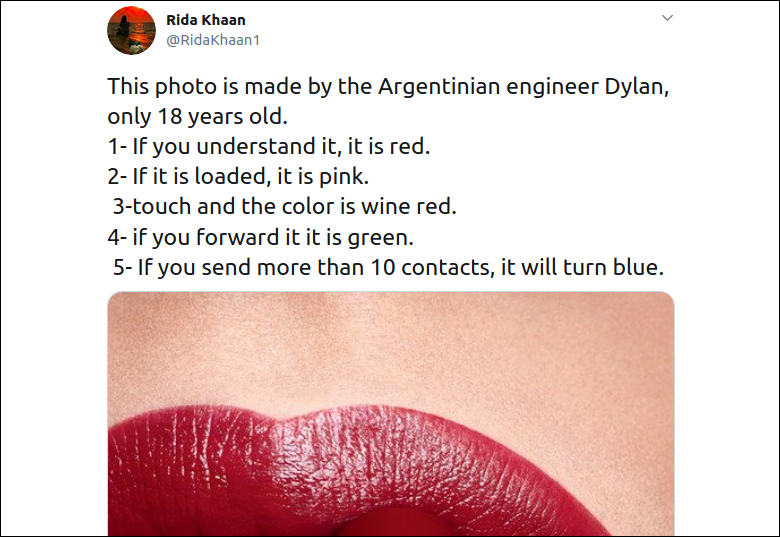 A similar image was also shared on Facebook with the same caption in 2018. In this image, the colour of the lipstick and nail polish was pink, instead or red.

BOOM performed a series of keyword searches to look for an image of "lip and nail with changing colour" and also for "argentinian engineer dylan". We came across a series of articles from 2015 about an semi-transparent visual effect involving the viral image.

The image in question was posted in 2013 by Green under the name Semi-Transparent Lips and Nails.

Here is the original image, downloaded from Green's Tumblr blog. 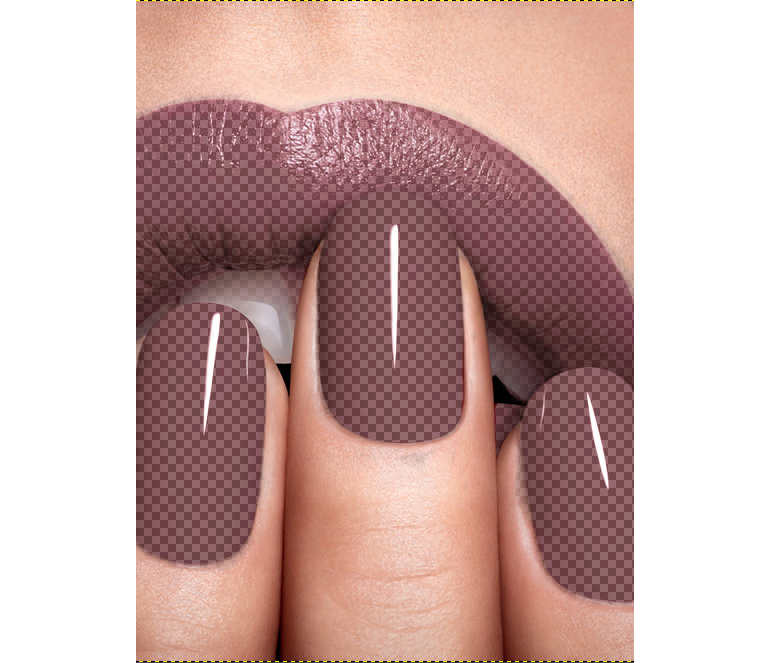 The pixelated areas on the lips and nails that you see above have been created using the semi-transparent effect using Photoshop. It picks up the colour from the background and changes the colour of the area by merging the colours on the lip and nail along with the background.

Therefore, if the background colour changes, the colour of the semi-transparent area will change accordingly.

We placed the exact same image on green and blue backgrounds in the following image. As you can see, the colour of the lips and nails changes accordingly. 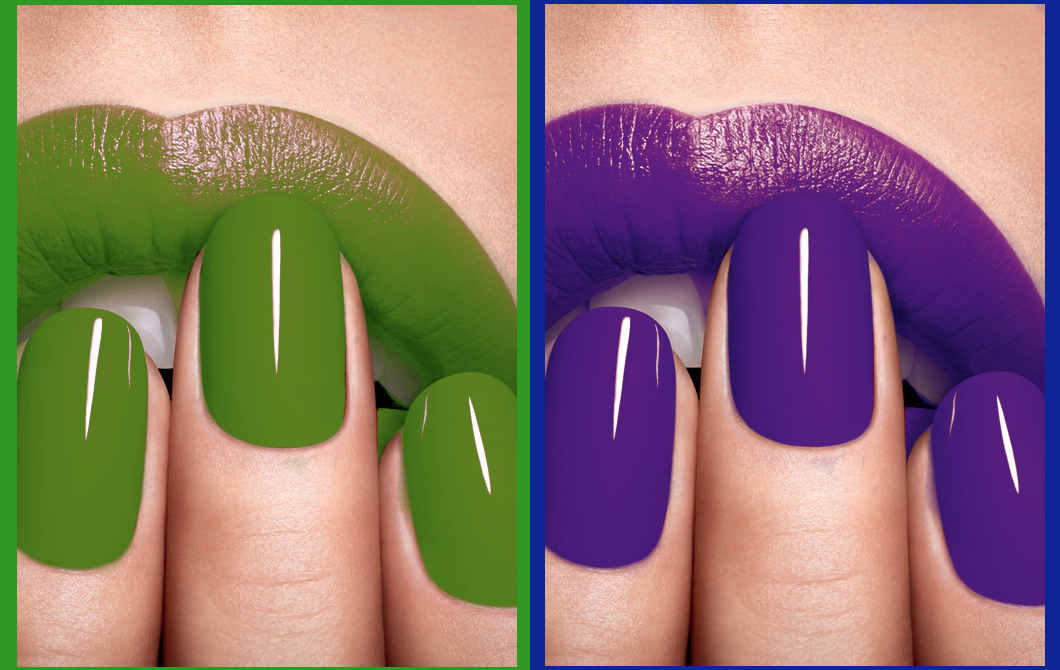 This visual effect is created using a simple photo editing trick. It is not possible to manipulate images by simply downloading it, touching the screen or mass forwarding it, as claimed by the viral message.

We could find any link with this image to any 18-year-old Argentinian engineer called Dylan.

BOOM could not independently verify the origin of this optical illusion. We have reached out to Green for a confirmation on the same, and the article will be updated if and when he responds.