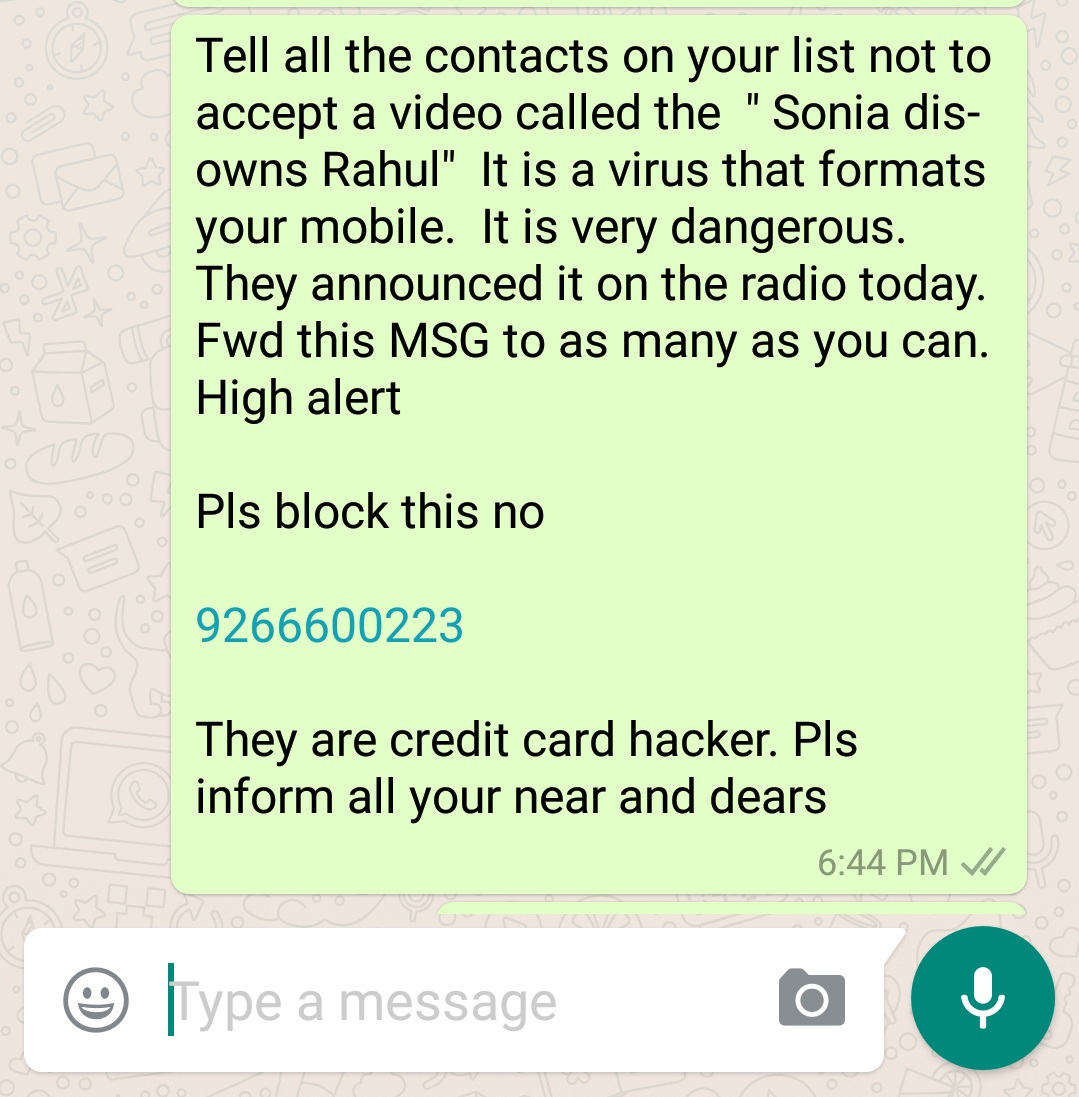 A WhatsApp message warning people not to accept a video called 'Sonia Disowns Rahul' as it carries a virus that will format their cellphones, is a hoax. The hoax message has been in circulation since 2016 and is a copy of another hoax message called 'Dance of the Pope' from 2015.

A simple search for 'Sonia Disowns Rahul' on Google, in fact shows results of sites that have already debunked the hoax message.

The 'Dance of the Pope' hoax message also follows the same message structure.

"Tell all contacts from your list not to accept a video called the Dance of the Pope. It is a virus that formats your mobile. Beware it is very dangerous. They announced it today on the radio. Pass on to as many as you can."

How do we know it's a hoax?

How to identify a hoax:

fake news hoax Rahul Gandhi Sonia Gandhi virus virus hoax WhatsApp WhatsApp users whatsapp video
If you value our work, we have an ask: Our journalists work with TruthSeekers like you to publish fact-checks, explainers, ground reports and media literacy content. Much of this work involves using investigative methods and forensic tools. Our work is resource-intensive, and we rely on our readers to fund our work. Support us so we can continue our work of decluttering the information landscape. BECOME A MEMBER
📧 Subscribe to our newsletter here. 📣You can also follow us on Twitter, Facebook, Instagram, Youtube, Linkedin and Google News