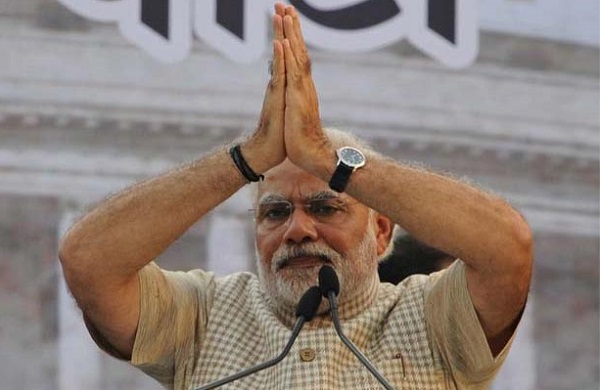 So did former Indian Prime Minister Indira Gandhi refuse to implement demonetisation in 1970-1971? A recent statement made by Prime Minister Narendra Modi in a meeting with party MPs suggests that Gandhi failed to take the initiative 45 years back, thus precipitating India’s economic crisis arising out of the proliferation of black money.

Referring to a book ‘Unfinished Innings: Recollections and Reflections of a Civil Servant’, written by former bureaucrat Madhav Godbole, Modi informed his party’s MPs that the Justice Wanchoo committee had recommended demonetisation as one of the measures to rein in black money. The then finance minister Y.B.Chavan met Indira Gandhi and sought her approval to accept and implement demonetisation. The book quotes Gandhi to having said, “Are no more elections to be fought by the Congress?”. Modi said that this narrow minded snub by the former Prime Minister forced Chavan to shelve any plans to demonetize higher denomination currencies.

In recounting this anecdote, Modi’s aim was clear. The iron lady Indira Gandhi may have failed to bite the bullet but he is not going to be found wanting in taking tough and unpopular decisions as his government battles the effects of black money.

So what did Madhav Godbole write in his book?

Modi quotes Godbole correctly from a chapter titled ‘My Years with Y B Chavan’. In this chapter, Godbole mentions the Wanchoo committee’s interim report and its recommendation to demonetize high denominated notes. Godbole goes on to describe Y B Chavan’s meeting with Gandhi where he was rebuked, thus implying that it was pure electoral politics that was playing on her mind while rejecting the recommendation. Surprisingly, Godbole does not make any effort either to give the reader an insight of the political and economic conditions prevailing during the period with war-like situation looming between India and Pakistan over East Pakistan (present Bangladesh) and pins the entire blame on Gandhi’s socialist policies and her drive to make nationalisation of banks’ a success over other pressing matters.

If demonetization was the need of the hour in 1971, it is not clear how as the former home secretary does not explain further and leaves readers to draw their own inferences based on a single anecdote without a proper context.

It’s a well documented fact that the 1971 Bangladesh war may have hurt Pakistan’s pride but set India back economically by several years. The seeds of the 13-day war ending in December 1971 were sown in March that year and nearly 10 million refugees poured into India. The Indian government was compelled to protect and provide for them on humanitarian grounds. This resulted in more taxes for the Indian taxpayers to fund the aftermath of the war and also resulted in economic turmoil.

Various estimates point out that for the year ending March 1972, the cost of managing refugees from Bangladesh were in the range of $800 mn, thus impacting spending on development work within the country. The Hindu points out that “in 1962-63 (war with China), the economy grew by only 2 per cent, in 1965-66 (war with Pakistan) growth was a negative 3.7 per cent and in 1971-72 (the Bangladesh war) it was as little as 0.9 per cent. All three years witnessed a deceleration and it took a couple of years before the economy recovered.”

The economic situation prevailing in the decade between 1961-72 hardly resembled an age when any Prime Minister would have dared to undertake a potential economic disruptive move like demonetisation. Also Indira Gandhi was already under pressure to deliver results after nationalising 14 commercial banks in 1969, followed by 6 more banks in 1970.

Quantum of high denomination notes since 1971

A Reserve Bank of India (RBI) report points out that on a decadal average basis, the currency-GDP ratio remained stable during 1970s to 1990s at around 10.5 per cent. One particular denomination, Rs 100 accounted for close to 50 per cent of the value of the total currency in circulation throughout the three decades 1970s to 1990s. In 1971, the share of 100 rupee notes stood at 49.6% while the share of 1000 rupee notes stood at 1%.

Who was Justice Wanchoo & what was his committee’s agenda?

A look through the archives across various government documents and books written on tax reforms around the 1970s and 80s did throw up a number of interesting details. After retiring as the Chief Justice of India in 1967, Justice K N Wanchoo was appointed in March 1970 to head the Direct Taxes Enquiry Committee. The Committee submitted its interim report in December 1970 and the final report in December 1971.

The main objectives of the committee were to suggest concrete measures to unearth black money and prevent its proliferation and steps to improve tax compliance.

And Justice Wanchoo did not mince words when it came to black money, which his panel estimated to be around Rs 1,400 cr in 1968-69. The Committee observed that “Black money is like a cancerous growth in the country’s economy, which if not checked in time, will surely lead to its ruination.”

But the committee had very definite recommendations which the present Modi government can still take inspiration from.

Nearly 5 decades have passed since the supposed incident took place till the Prime Minister Narendra Modi decided to revive it. The BJP has been under pressure, both from the opposition as well as its own party members as serpentine queues and depositors falling dead dominated news headlines ever since the controversial decision was announced on November 8.

Justice Wanchoo may have recommended demonetisation but it would appear that it was difficult for any Prime Minister to take the decision in 1970-71 with poverty, unemployment and years of economic turmoil at an all-time high.