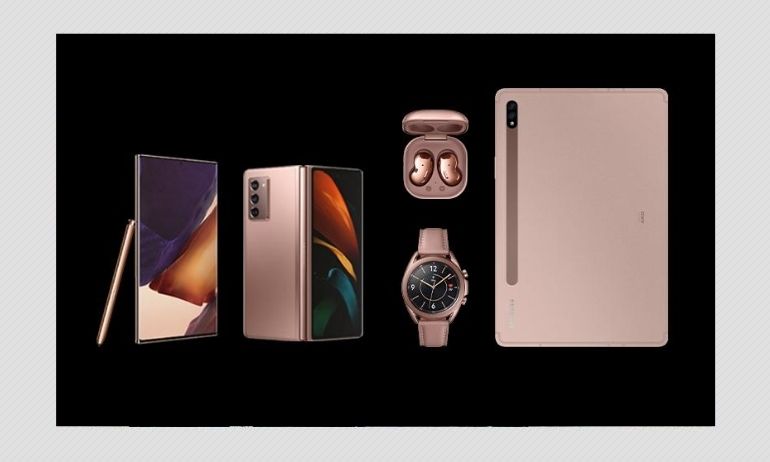 Following the footsteps of Apple, the Samsung event went entirely digital this year because of the global COVID-19 pandemic. Samsung's annual event held a few surprises, including rolling out popular Korean boy band BTS on screen to launch Samsung Galaxy Z Fold 2.
Here are the 5 products that were announced at the event:

Samsung launched Samsung Galaxy Note 20 and Note 20 Ultra, where the main difference lies in the size, rear cameras and a bit more battery life for which you pay a few hundred dollars more. The Galaxy Note 20 is priced at $999.99 for the model with 128GB of storage, and Galaxy Note 20 Ultra is priced at $1,299.99 model and both will go on sale in the US on August 21. Availability and price in India was not known at the time of writing this article.

The shape of the future changes now. This is the new #GalaxyZFold2
Learn more: https://t.co/FSv8vVWAoF pic.twitter.com/tVWLOInbTq

Samsung's $1,980 price foldable phone gets another upgrade with the Galaxy Z Fold 2. The new phone comes with a 7.6 inch internal display, 6.2 inch external display, and a punch-hole front camera. It has has 5G capabilities too.

Samsung's first foldable phone was going to launch on April 25, 2019, but after journalists had problems with the durability of the foldable screen and dirt getting into the hinge, the release was postponed to September end in 2019.

The new upgraded wireless Bluetooth earphones will be priced at $169 and are equipped with Active Noise Cancellation and AKG's brilliance in acoustics which has resulted in bigger 12mm sound drivers, which will make the sound heavy on bass. These buds also come with three microphones for better quality of voice calling, support for Samsung's voice assistant, Bixby.

Noteworthy feature: You can charge these buds via Qi wireless charging and USB Type-C.

The rotating bezel makes a comeback with the new Watch 3. With a bigger display screen, it is lighter than the previous model and is available in two different sizes, 41mm and 45mm, each with Bluetooth or LTE variations.

Noteworthy feature: The new watch has a new 'blood oxygen' feature, where you can measure and track oxygen saturation over time.

Samsung Tab S7 comes with an LCD panel, and S7+ with a super AMOLED display. Both come with quadruple speakers, dual rear cameras. Both these tabs come with an option of only Wi-Fi, and Wi-Fi + 5G connectivity.

Noteworthy feature: Comes with an improved S Pen stylus. This, along with the display's refresh rate of up to 120Hz, make sure the S Pen's lag is significantly reduced.