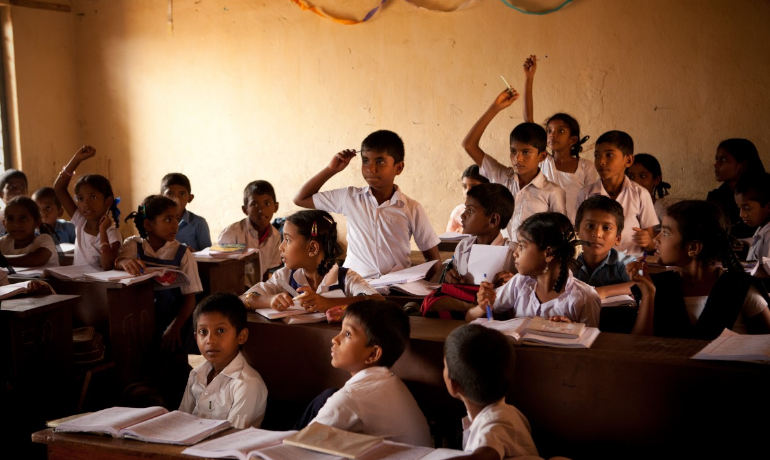 With the New Education Policy (NEP) 2020 being approved by the Union Cabinet earlier this week, there is a growing debate on how this will effect the medium of instruction in different regions. The NEP 2020 is set to replace the 34-year-old National Policy of Education, framed in 1986, and bring major changes to the rigid education system in the country.

Also Read: Explained: How Does The New Education Policy 2020 Impact You?

The debate starts with the question around medium of instruction being in home languages, which challenges the preexisting focus on English and Hindi as the central languages for education in the country.

This article looks into some of the pertinent points put forth by the new draft policy on the use of home languages, and a new form of multilingual approach that it introduces, along with the challenges in its implementation around the country.

According to the Centre, this aspect of the policy is a push towards flexibility, which allows states and institutions to decide on the implementation according to the needs of the children in that region.

This would be a major shift away from the ubiquitous use of English or Hindi as medium of instruction, and a move towards customizing the delivery of education according the students. This was welcomed by many education experts who believe that using the regional language or home-language as medium of instruction in early years would be highly effective and beneficial.

Dr. Rukmini Banerji, the CEO of Pratham Education Foundation, believes that teachers should be able to speak the playground language - or the language spoken by students in the playground with each other - to provide effective education in any subject.

Speaking to BOOM, Banerji said, "I am from Bihar where nobody speaks Hindi, but rather Bhojpuri or Maithili. In school, if you suddenly face instructions in Hindi, you may not understand. An effort should be made to bring the school closer to the home through the home-language."

This was agreed upon by many other experts in this field, such as Professor Dinesh Singh. Singh, who has earlier worked on bringing changes to the methods of teaching in Delhi University as its Vice-Chancellor, told BOOM that students should be given the opportunity to begin their education in their mother-tongue.

Bilingual learning methods for science and mathematics have also been stressed on in the new policy, which states that students should be able to speak about science and other subjects in both English and their home language by Grade 9.

"However, there is still a lot of ambiguity on its implementation, and it will finally be left to the school to decide," says Singh.

The NEP 2020 shall continue the three-language formula which was first introduced to the country in 1968, albeit with a major change.

In the earlier policy, Hindi and English were heavily stressed upon in Central schools in most parts of the country, and were considered mandatory among the three languages to be taught. The third language would either be a regional language, a foreign language or a classical language like Sanskrit.

The new policy pushes away from the English-Hindi approach and provides a choice for the state to select the languages to fit the needs of the children of the respective regions.

Dr. Krishnaswamy Kasturirangan, who headed the New Education Policy committee, stressed during a debate on India Today on Thursday, that the new three-language formula is meant to be flexible, without imposing a specific language that the state does not want.

"No individual or specific language will be imposed on any state, if the state does not want it. Also, the ability to learn three languages is the optimal approach, as far as language is concerned," he said.

#NEP2020
Three-language formula will continue to be implemented, with greater flexibility, while keeping in mind the Constitutional provisions, aspirations of the people, regions, and the Union, and the need to promote multilingualism as well as promote national unity. pic.twitter.com/7pJ39T6n8i

The draft also calls for a greater effort in investing in large number of language teachers in all regional languages around the country.

"States, especially states from different regions of India, may enter bilateral agreements to hire teachers in large numbers from each other, to satisfy the three-language formula in their respective states, and also to encourage the study of Indian languages across the country," the document states.

During the India Today debate, Swaraj India leader Yogendra Yadav stated that while the medium of instruction should be in mother tongue in early years, English should definitely be considered for one of the three languages for people to meet the expectations of the job market.

Speaking to BOOM, Dinesh Singh said that the biggest challenge lies in the implementation. "The first point of focus should be on bringing the faculty up to date, and reorienting the teachers to be able to teach in more than one language. It's a huge challenge but it's not altogether for all levels of education. You start with first years and build it up gradually, learning from each other's experience."

"The second thing is good learning materials - that is not just standard textbooks, but you build a holistic system of learning where technology comes into play. Things happening in the world around you come into play. If you build it properly, then this will succeed."

Despite the language of the draft being ambiguous and rather directional, Singh feels that Central schools and schools that get government funding would have to subscribe to their advice.

Private schools without government funding on the other hand will have the freedom to choose as they wish, and are not obliged to follow the instructions in the NEP.

As for international boards such as Cambridge A-Levels and International Baccalaureate, English would be expected to continue being the medium of instruction.

Challenges Regarding Medium Of Instruction

Also, given the diversity of languages and dialects in India, opting for mother-tongue as the medium of instruction may not be a simple as it sounds.

Speaking to The Hindu, the principal of a Central Board of Secondary Education-affiliated school said, "In some classes, we have students with 10 different mother tongues. It will be impractical for us to impart lessons in so many languages. The Central government needs to look into the practical challenges."

According to Singh, the ideal scenario will be splitting a class into different sections, according to the medium of instruction.

"Wherever they could afford to, it would be ideal to have different sections offering classes in home language and a common language. And if they cannot afford to do so, they should aim at providing early years of education in the regional language," he said.

Should we expect more specificity from the Centre?

"My guess is that they may not come up with too many specific instructions for the time being, as the language issue is a bit tricky" Singh said.