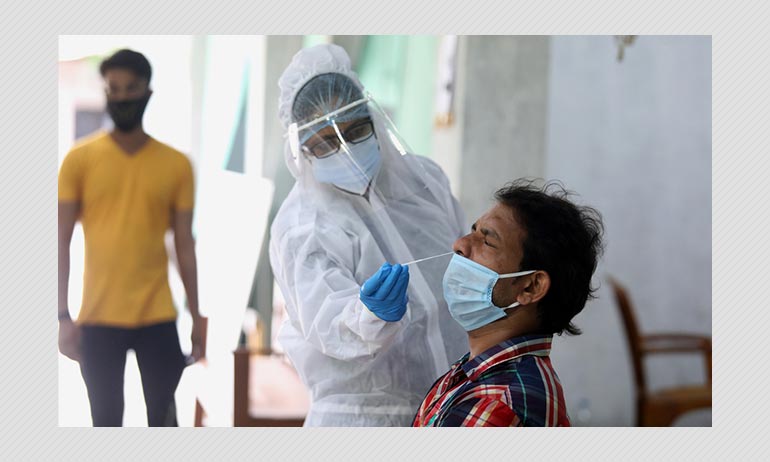 The second round of Mumbai's sero-survey showed that the spread of SARS-CoV-2 infection has decreased by 12% in the slum areas and increased by 2% in the non-slum areas of Chembur, Dadar, and Dahisar. The second round conducted a month after the first round did not distinguish if somebody had already recovered from COVID-19 and included them in the study.

The findings differ from the findings of the second round of the national sero-survey which witnessed a 6.6% rise in the spread of COVID-19 infections in the country. The Indian Council of Medical Research pointed that majority of the population remains susceptible to the virus across the country.

Also Read:ICMR Sero-Survey: One Out Of 15 Individuals Exposed To COVID-19

As the survey followed random sampling, around 1-2% of the participants were a part of both the studies. The survey also did not exclude people who had already tested positive for COVID-19.

Dr. Daksha Shah, Deputy Executive Health Officer, Municipal Corporation of Greater Mumbai suggested that it is favorable that the spread of infection has decreased in the slum areas. "This may or may not leave more people susceptible to the virus. But we know that antibodies tend to reduce in a period of 90 days. Our survey just shows the trend and we further need to research about the different antibodies, T- cell lymphocytes in the blood," said Dr. Shah.

The marginal 2% increase in non-slum areas corresponds with the increasing number of cases being reported from the non-slum areas across the city, according to the report. "The small change can be attributed to the fact that these areas are more spaced out and they are following social distancing norms," said. Dr. Shah. Mumbai has been reporting over 2,000 cases daily since the city eased a few restrictions during the Ganesh festival celebrations. Most of these new cases were from buildings and high-rises. The city reported 61,689 new cases in the month of September. The sero-survey reflects findings from August.

The study commissioned by the Niti Aayog and conducted in collaboration with the Tata Institute of Fundamental Research (TIFR), and partnered with Kasturba Molecular Diagnostic Laboratory, Translational Health Science and Technology Institute (THSTI), A.T.E. Chandra Foundation and IDFC Institute, even showed that around 27% of the 782 health workers had been exposed to the virus. The health workers were selected from Health Posts, Dispensaries, Health Office and Programme Field Staff. The survey suggested that the lower prevalence among health workers working in slum areas was due to them carrying out all precautionary measures such as wearing masks, and PPE kits.

Further analysis will be conducted to understand whether the antibodies neutralize the effect of COVID-19 as both these studies only provide an overview of the spread.

The sero-survey found that more women had antibodies against SARS-CoV-2 than men across both the rounds. The age-wise distribution of prevalence, however, witnessed a change. In the first round, there was no difference among the age groups that exhibited sero-positivity. Sero-prevalence in people over the age of 40 was found to be higher in the second round conducted in August. This finding correlates with the increasing death toll being reported from people belonging to this age-group.

When asked if this corresponded to the city achieving herd immunity, Dr. Shah said it would be premature to discuss herd immunity on the basis of sero-prevalence in three wards. Herd immunity is when a certain proportion of the population is immune to a disease, thus reducing the spread of the disease or infection. For COVID-19, the estimated proportion is about 50-70%.

Also Read:Explained: How Can Herd Immunity Be Achieved