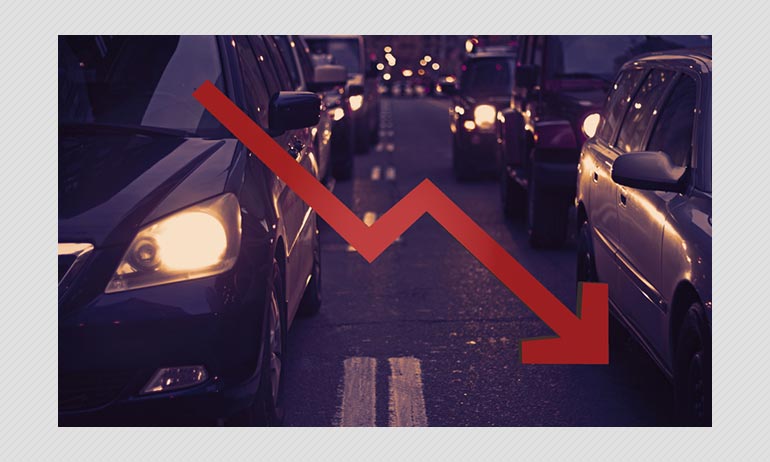 As the International Monetary Fund slashed the global economic forecast on Monday, Chief Economist Gita Gopinath put the "lion's share" of the blame on India, while speaking at the World Economic Forum at Davos.

India's growth estimate for the current fiscal year was further slashed to 4.8%, owing to the crisis in non-banking financial sector and weak rural demand. The global growth estimate was brought down to 1.9%, marking a 0.1% cut from the previous estimate.

Guwahati, Assam - September 23, 2019: Indian labourer carries a bag of onions at a wholesale market in Guwahati. Flooding in Maharashtra and Karnataka led to bad harvest of onions, leading to skyrocketing prices around the country.

For FY19-20, the SBI group and World Bank had previously pegged India's growth estimate to 4.6% and 5%, respectively.

The IMF in its report stated that the "downward revision primarily reflects negative surprises to economic activity in a few emerging market economies, notably India, which led to a reassessment of growth prospects over the next two years." The report further stated that "this reassessment also reflects the impact of increased social unrest."

Speaking to India Today, Indian-born Gita Gopinath, who's currently the Chief Economist of IMF, claimed that India's contribution to the slashing of global growth estimates was over 80%.

"The first two quarters of India came in weaker than we projected. One sector where we are seeing the most stress is the financial sector -- the non-bank financial corporations. We have seen a sharp decline in credit growth and a weakened business sentiment. All this led to the revised numbers," said Gopinath to India Today News Director Rahul Kanwal at the 50th Annual Meeting of the World Economic Forum.

India was not the only bad apple. The IMF also pointed fingers at a group of "underperforming and stressed emerging market and developing economies", which includes "Brazil, India, Mexico, Russia, and Turkey" for dragging down global economy.

Inequality On The Rise

IMF's revised projections come two days after Oxfam's scathing report on inequality around the world, with a grim look at the state of affairs in India. The report claimed that in 2018, 63 Indian billionaires had more wealth than the combined Union Budget for that year (Rs. 24,42,200 crore). Moreover, the top 1% of Indians held more than 4 times the wealth owned by the bottom 70%