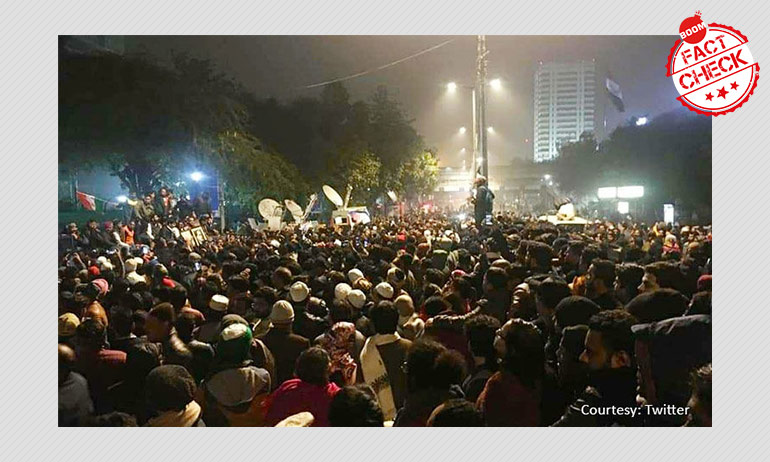 As the police barged inside the Jamia Millia Islamia University campus on December 15, 2019, a fierce debate started on social and mainstream media on whether this is permissible. If yes, in what circumstances can this happen?

Two days later, with arguments still flying in from all sides, the Solicitor General of India, Tushar Mehta, alleged that it was the university proctor Waseem Khan himself, who had asked the police to enter the campus.

Solicitor General claims that the proctor of the university asked the police to enter the campus. pic.twitter.com/QCnUrd0uY3

However, Khan denied this allegation, and stated that the "police have entered the campus by force, as no permission was given".

Waseem Ahmed Khan, Chief Proctor, Jamia Millia Islamia University: Police have entered the campus by force, no permission was given. Our staff and students are being beaten up and forced to leave the campus. pic.twitter.com/VvkFWtia1G

The police's decision to barge into the university amassed a lot of criticism from the people, while some others stated that this was a justified response to the violence witnessed by Delhi earlier that day.

Lyricist Javed Akhtar went on to state that "according to the law of the land under any circumstances police cannot enter any university campus without the permission of the university authorities".

So, Can Cops Enter University Campuses Without Permission?

The whole idea that the police cannot enter a campus without permission stems from a convention between universities and law-enforcement, aimed at keeping campuses "free of police". Advocate Sanjay Hegde told BOOM, "Conventionally, police do not enter campuses, until the Vice-Chancellor or others in-charge call them in."

Advocate Parvez Memon told BOOM that this convention is followed in "usual circumstances", and does not provide any strong legal grounds to prevent the police from entering campuses when they wish to.

So,what happens when students take to the streets to protest?

Article 19(1)(a) and 19(1)(b) of the Indian constitution allows each and every citizen of the country the right to "freedom of speech and expression" and "to assembly peacefully without arms". Thus, any form of peaceful protest will not create any legal grounds for intervention by the police. Article 19(2) and 19(3) also provides restrictions to this freedom, in cases which go against the "interests of the sovereignty and integrity of India, the security of the State, friendly relations with foreign States, public order, decency or morality or in relation to contempt of court, defamation or incitement to an offence".

"If there is a peaceful protest, the law does now allow the police to disrupt", Advocate Memon specified to BOOM. "However, if there is a law and order situation, or if there is Section 144 of CrPC imposed, the police are allowed to enter campuses to control the situation."

Section 129 of the CrPC further provides grounds to the police to command the dispersal of of any unlawful assembly, and use force - or even arrest involved individuals - if such assembly does not obey.

Section 47(1) & (2) of the CrPC also allows any member of the law enforcement, either having an arrest warrant or the authority to arrest, enter any premises or place, in pursuit of individuals under question.

To put it in the context of the recent incident at Jamia Millia Islamia University, the only circumstance under which the police's action would be questionable is if they had no arrest warrant, or any apparent reason to believe that an individual under suspicion is hiding in the campus.