Kriti Sanon's latest movie release 'Mimi' tries to highlight surrogacy, single motherhood, and adoption but fails to factually represent the actual rules of surrogacy as well as the medical check-ups during pregnancy.

However, the makers in the guise of creative license misrepresent facts around surrogacy and pregnancy. One of them: A woman who has never been pregnant before is a surrogate.

The movie also fails to address the legal implications that arise if a couple opting for surrogacy chooses to not go ahead with the pregnancy after the 20 weeks that are permitted for abortion in the country.

It is also noteworthy Kriti Sanon's act as a surrogate comes at a time when The National Surrogacy Regulation Bill (2019) which aims to completely get rid of commercial surrogacy and replace it with altruistic surrogacy, is stuck in limbo. Several lawyers and infertility experts opposed the draft of the Bill that was passed in the Rajya Sabha and suggested changes within the same.

Facts That 'Mimi' Got Wrong

BOOM contacted Dr. Nayana Patel, IVF Expert who looks after the functioning of Akansha Fertility Hospital in Anand, Gujarat to understand the laws.

"In our country, only married women who have delivered earlier are allowed to act as surrogates. To make the movie entertaining, they have chosen to overlook this rule. Even when transnational surrogacy was permitted in India, it was mandatory for the surrogate to be somebody who was married and has a child of their own," Dr. Patel clarifies.

Sanon, who plays the titular character of 'Mimi', is shown to be a 25-year-old dancer in the small town of Shekhavati in Rajasthan festering dreams of becoming an Indian cinema actress. The American couple chooses her because they believe that as a dancer, she will be healthy enough to carry the baby.

Surrogacy laws define that the health of the surrogate's own child as well as her experience during her previous pregnancy assist the doctor as well as the intending couple understand whether the woman will be able to carry the baby to the full term.

The movie, however, ignores all those facts.

In two other instances, the movie misrepresents medical and surrogacy laws in the country.

The movie also shows Sanon getting a medical check-up around five to six months into her pregnancy. This is when the doctor shares with the intending couple that the child could have a chromosomal aberration, most likely Down Syndrome. After discovering that the child could be suffering from Down's Syndrome, the couple asks Sanon to abort the child.

An extra chromosome at the 21st position instead of the two genetically inherited from the parents is how Down Syndrome is detected. Associated with conditions that could affect intellectual brain function, people with Down Syndrome are normally found to have short stature and have a characteristic facial appearance. With adequate support and quality educational programs, people with Down Syndrome are able to develop their cognitive skills to their full potential, the National Institutes of Health states.

However, in reality, the foetus is checked for chromosomal abnormalities like Down's Syndrome and others such as Trisomy 13, 18, Turner syndrome in the first trimester or third month of pregnancy. "Ideally, 11 to 14 weeks," Dr. Patel tells BOOM.

If detected with any abnormalities, the parents are then allowed to apply for medical termination of pregnancy. According to the law, parents are legally allowed to abort the foetus till 20 weeks while the Rajya Sabha has just passed a bill that allows the limit of termination to be raised to 24 weeks in special cases. BOOM also spoke to Amit Karkhanis, a lawyer who has worked extensively on surrogacy laws to understand if medical terminations in surrogate deals are common. "Yes, if the contract says so, a couple can file for medical termination of pregnancy in the court if the period has extended for the permissible 20 weeks. But the tests for checking for chromosomal make are conducted in the first trimester. "

After learning that their child could be suffering from Down Syndrome, the American couple abandons Mimi and the child. BOOM asked Karkhanis and Patel if there are any legal implications for couples who leave a surrogate mid-way.

Dr. Patel pointed that such a situation has never arisen in India. "The Assisted Reproductive Technology (ART) Bill clearly mentions that even if the child is malformed, the couple has to take responsibility of it. As the surrogate is only allowed to carry the foetus and not donate her egg in India, the onus is on the parents. Mimi highlights a case that occurred in Thailand where an Australian couple chose to accept only one child who did not have Down Syndrome and abandon the other. "

"In the new regulation bill, if an agreement is terminated beyond the weeks of permissible MTP or the surrogate is abandoned, there could be repercussions for couples. Ideally, these terminations have to be taken to court as the surrogate has decided to dedicate her time as well as her womb for the process," Karkhanis says.

What Does The Surrogacy (Regulation) Bill Say?

The regulation bill that Karkhanis speaks about has been passed by the Lok Sabha but not by the Rajya Sabha, yet. The 2019 Surrogacy (Regulation) Bill which was first actually discussed in 2016, plans to do away with commercial surrogacy altogether and only allow altruistic surrogacy and that too only for heterosexual couples. Except for medical services and insurance cover for 36 months, no other money will be exchanged during this surrogacy period.

After objections by several groups to allow single women to avail of services, a parliamentary select committee selected to review the existing draft shared its recommendations in 2020 saying divorced or widowed women could also avail of surrogacy services.

"Not allowing LGBTQ, or single men or women to have a child outside of marriage impinges on their rights. There is a high possibility of this bill being challenged before it becomes a law in the country," Karkhanis explained.

Before the 2020 recommendations, the bill insisted that a close relative of the couple acts as a surrogate and that the couple should show a certificate of proof of infertility for five years.

In 2019, BOOM had spoken to Dr. Sivakami M, Professor, School of Health System Studies, Tata Institute of Social Sciences who works on gender issues in health to understand the importance, pros and cons of the bill.

"If the close relative clause is not properly defined, there could be a possibility of women becoming more vulnerable to exploitation in this sphere," Sivakami had stated.

The recommendations state that any woman willing to be a surrogate for the couple should be allowed to do so and remove the close relative clause. They also ask to remove the five-year clause to define infertility as people can have other proven medical conditions that make it impossible for them to naturally conceive a child. 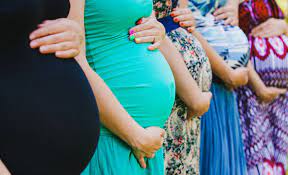 Also Read:Surrogacy Bill 2019: All You Need To Know