Home Minister Amit Shah, in a speech in Lok Sabha, said that the Narendra Modi government has a zero-tolerance policy towards drug abuse and India will soon be a 'drug-free' country. The union minister asserted that drug abusers should be treated as victims, in his reply to Lok Sabha members who demanded strict measures to curb the drug menace in India.

Just a day before, Lok Sabha members demanded that the government build more rehabilitation centres for drug addicts instead of sending them to jail.

"Our government's policy is very clear, those consuming drugs are victims, we should be sensitive towards them and give victims a conducive atmosphere for their rehabilitation. But those involved in drug trafficking should not be spared," the Union home minister warned.

Ronny Sen, whose film Cat Sticks chronicles drug addiction in Kolkata, decodes Amit Shah's statements on the drug menace in the country and what it can possibly mean for India.

Amit Shah said 'drug' is a serious problem which is destroying generations and that the profits from selling drugs are used to fund terrorism. He said that all the states and Union Territories must fight together to realise the Prime Minister's dream of a "drug-free India".

What it means: Even though India wants to change its drug policy along with Western countries including America, it is stuck with the old vocabulary. Slogans such as 'drug-free' India or Nixon's 'America's public enemy No. 1' or Nancy Reagan's highly publicized campaign "Just say no" — they don't work, simply because people would never stop getting high.

Ethan Nadelmann, the founder of the Drug Policy Alliance, says, "Our desire to alter our state of consciousness may be as fundamental as our desire for food, water and sex … The true challenge is to learn to live with drugs so that they cause the least possible harm … and the greatest possible benefit."

Indians have been consuming marijuana for thousands of years but its consumption is a criminal offense according to the NDPS Act. We have to understand that people will put substances in their bodies voluntarily to get intoxicated. As a modern society, we have to make sure that there is awareness so that risks and harm can be minimised. Anything else that we try especially misadventures like America's hardline war on drugs which was about prohibition and punishment will only fail in the long run.

A lot of state efforts go into finding the source of the substance or the drug, while what we need to do is understand addicts and addiction better - so that society can help them. Our parlamentarians fail to understand that by removing the substance alone they cannot solve the problem of drug abuse. An addict/alchoholic can just shift from one substance to the other.

The union minister said that those who consume drugs should be seen as victims and provided rehabilitation. "Our government policy is very clear, those who cosume drugs are victims, we should be sensitive towards them. There should be provisions for them in the law."

What it means: The Home Minister's statement suggests that the government is thinking of making its drug policy more humane. India's overtly punitive NDPS Act (Narcotic Drugs and Psychotropic Substances Act, 1985) looks at a drug user as a criminal who can be incarcerated. There is even a death penalty under the NDPS Act which hasn't been scrapped yet. The government's motive to reform the NDPS was evident when they reached out to the public at large asking for recommendations in November 2020.

A year later, the Ministry of Social Justice and Welfare had recommended decriminalising possession of small quantities of drugs for personal consumption in its review of the NDPS Act- this was submitted to the revenues department. If this gets implemented, then it will be a stepping stone to a new drug policy.

The Home Minister referring to drug abusers as victims is possibly signaling the next step in the process which was initiated a couple of years ago.

In the existing NDPS Act, an 'addict' already gets immunity from prosecution and incarceration if they volunteer for rehabilitation. But the legislative understanding of who is an addict is still misleading. Drug abuse doesn't always mean drug addiction. Different substances can be used, misused or abused. For example, alcohol can be used, misused and abused. But for substances like heroin, it begins with abuse. But at the same time, a person who abuses heroin is not necessarily an addict as many use/abuse drugs for recreation.

There has been a serious discussion about the distinction between "drug use", "drug misuse" "drug abuse" at the UNODC (United Nations Office on Drugs and Crime). In its World Drug report, 2022, they used the neutral term "drug use" because of scientific and legal ambiguity.

When the home minister says drug abusers are victims, we also need to question- victims of what? If they are victims of addiction, the word which finds no place in the NDPS Act, there needs to be a consensus on who a recreational user is, who an addict is, what is addiction and so on — only then everything else can be structured— in terms of legislation that will build government's drug policy. "Those involved in drug smuggling or selling drugs, at a small or large scale, must not be spared," Shah said. He assured that every drug trafficker in India will be behind bars within two years. He said that the Centre had mapped the drug networks across the country and will soon take action. "No matter how big the criminal is, in the next two years there'll be a situation that they'll be behind the bars," he said.

What it means: It is often difficult for law enforcement to differentiate between a user and a peddler. In Sikkim, for example, drug use is already decriminalized. In 2018, SADA (Sikkim Anti-Drugs Act) was amended by discarding criminal or administrative penalties for drug use. The amount of seized drugs to prosecute a person for trafficking became so low in the state that on many occasions drug users were wrongly booked as traffickers.

The number of NDPS cases for trafficking has increased many folds after the legislative change.

There needs to be an efficient process by which a drug user can be separated from a trafficker. This has been a difficult experience for many Western countries too who tried to decriminalise drug use.

Small-time drug peddlers who the home minister wants in jail are sometimes only doing it to support their own drug use when they have no other choice. The justice system must consider that during withdrawals - which is a medical condition- an addict can go to any length to consume their chemical of choice.

There are different sets of problems while busting big drug traffickers. Many who are caught are mere couriers of medium-sized consignments where they get charged under stringent sections - while the supplier or the person who makes the main profit evades the court of law. 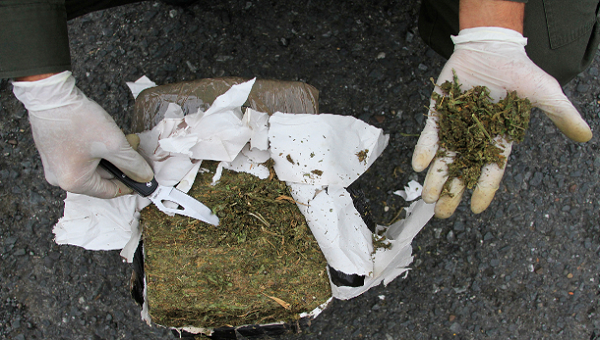 The union minister highlighted the need to create a social environment for drug victims and said that the health ministry should be involved in the rehabilitation process. "We need to give victims a conducive atmosphere for their rehabilitation. We must create a social environment so that those who are victims are not discriminated or targeted... Revenue department, NCB and anti-narcotics agencies have to work against the menace being on the same page. Along with this, the Ministry on social justice and the health ministry should be working together on rehabilation policies," the minister said.

What it means: Drug rehabilitation centers in India come under the purview of the Ministry of Social Justice and Empowerment. Now if the Health Ministry comes on board, it may have far-reaching implications. India's massive rehabilitation industry is largely unregulated. The change can bring in private players on board but some believe that the treatment may get more expensive.

Most of these rehabilitation centres are run by recovering addicts themselves. The government may consider collaborating with them along with private companies to generate more employment. Private medical insurance companies can also chip in. In the future, like Tata cancer hospital, maybe we'll see a Tata Drug Rehabilitation Center someday.

If addiction is recognised as a medical condition - and is looked at by the ministry of health for the first time in India's history, it will be a game changer for India's drug policy and South Asia's medical industry.

During Rajiv Gandh's tenure, India briefly tried getting government hospitals to engage in the rehabilitation process, but it wasn't successful because the country didn't have the required medical infrastructure or awareness.

"Nurses in government hospitals were not trained to manage a violent patient in peak withdrawals," says Tanmoy Bose, SUD professional who has been working in addiction centres for 32 years, explaining the reason why the then government changed its strategy.

The flawed treatment process was also a deterrent in making recovery possible. Among others, psychiatrists, until recently, used unscientific methods such as electric shocks to treat drug addicts. Drug rehabilitation treatment is fast changing across the world and India needs to catch up.

We can hope if the health ministry is now involved - it will be a much evolved evidence-based engagement where past mistakes will not be repeated.

Ronny Sen is a photographer, filmmaker and co-founder of Alliance to Protect Drug Users (APDU).