The video was shared by many on Facebook since September 12, 2018 making the same unverified claim. The same video has also been shared on Twitter. 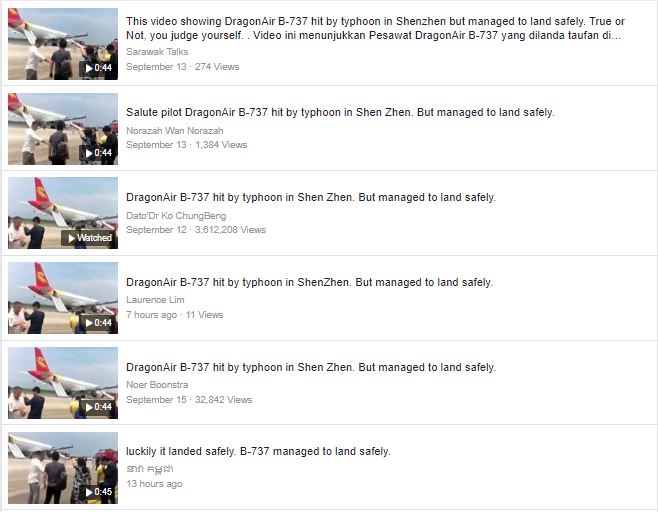 DragonAir B-737 hit by typhoon in Shen Zhen. But managed to land safely. pic.twitter.com/scL3WfyQjl

The video was also shared by a verified handle @The_JamesJordan, on Twitter with a caption saying, "Hoping all my friends in Hong Kong are safe..... And all who have been effected by the terrifying typhoon. This pilot needs a medal or something. True hero saving everyone.' The tweet got around 6.9k retweets.

Hoping all my friends in Hong Kong are safe.... And all who have been effected by the terrifying typhoon

This pilot needs a medal or something. True hero saving everyone pic.twitter.com/PY6uFcq1s5

Looking very carefully at each frame of the video, we noticed that this video clip is made up of two different videos. At the beginning of the video, an airplane can be seen taking a full spin of 360 degrees and then suddenly it gets cut to a frame where the plane is seen to be stationary at one place with passengers walking out of the plane. It is very clear from the two frames that the planes in the video are completely different. The first video shows 'Jets' written on one of the sides of the plane and it has a maple leaf on its tail. But, in the second video the logo of the plane looks different. 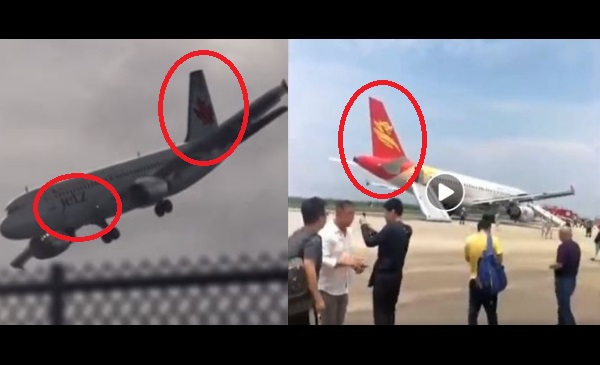 Looking for the first part of the video where the passenger plane is seen performing impossible stunts, we came across a video dated 2017 on YouTube with the description saying, "The most dangerous and extreme crosswind ever caught on video. 737 commercial airliner spun a full 360 degrees." The video was posted by the Channel 'MeniThings'. We contacted Aristomenis Tsirbas, a director who works for the channel and he confirmed that the video was entirely created through computer-generated imagery (CGI).

"Yes, the part of the video that shows an airliner spinning 360 degrees is stolen copyrighted work - specifically my work. I created the shot for my Menithings YouTube channel, and it's entirely CGI," said Tsirbas to BOOM. 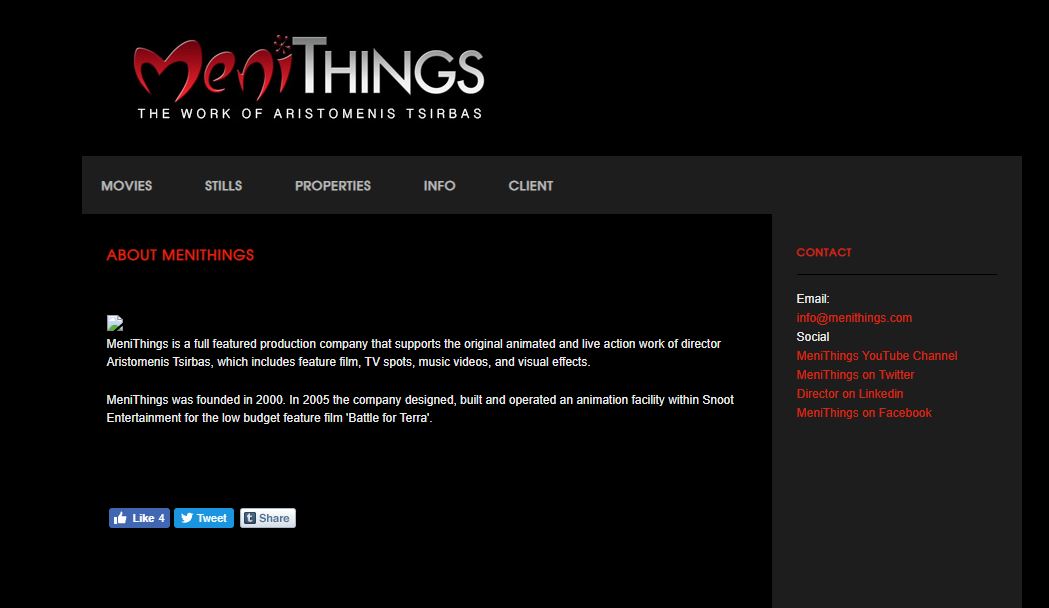 The second part of the video is actually from a recent incident that took place at the Shenzhen airport. A Chinese passenger plane with 166 people on board made an emergency landing with two wheels missing at the Shenzhen airport, after it aborted landing at Macau airport. All the passengers were safe after they were evacuated using emergency slides. We found a DailyMail report carrying one of the frames from the video. 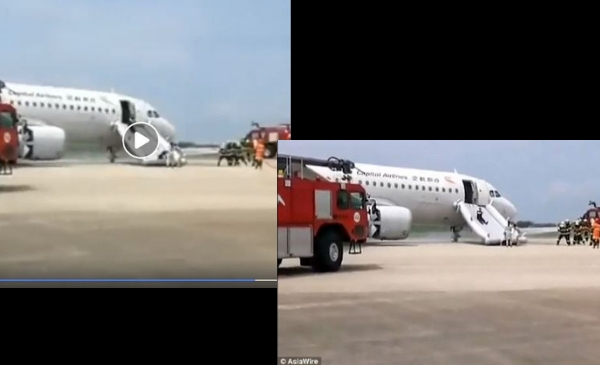 We found reports by Reuters and CGTN as well talking about the same incident. The DailyMail report mentioned that, 'Flight JD5759, which had taken off from Beijing, was operated by Capital Airlines, the Civil Aviation Administration of China (CAAC) said in a statement on its website.' The airline later revealed on social media that they suspected the flight encountered wind shear whilst attempting to land in Macau.