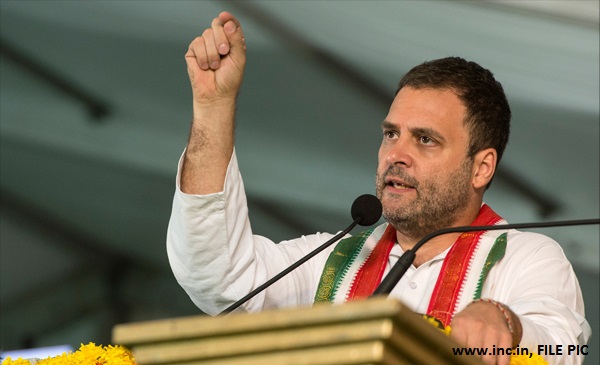 Congress Vice-President Rahul Gandhi in a Q&A session on September 11 at University of California, Berkeley claimed that in 9 years (2004-2013), UPA broke the back of terrorism in Jammu and Kashmir. This trend, Gandhi claims, was destroyed after BJP came to power in 2014.

Rahul Gandhi speaks on the way forward in J&K #RGinUS at @UCBerkeley pic.twitter.com/JVJJZ1wNGB

The official handle of the Congress party tweeted -

We worked silently for 9 years to ensure peace in J&K. UPA 2 broke the back of terrorism. BJP destroyed it in 30 days: #RGinUS @UCBerkeley

BOOM does a fact check.

CLAIM 1: UPA broke the back of terrorism in Jammu and Kashmir.

FACT: Data shows a consistent drop in terror incidents between 2004 and 2013.

FACT: Though terror incidents have shown an increase since 2014, this claim is an over statement.

BOOM looked at home ministry data on terror incidents in Jammu and Kashmir. And it does show that the overall number of terror incidents saw a huge decline between 2004 and 2014 when Congress was voted out of power. Thus, data proves that terror incidents had hit the lowest in 2013 between the years 2004 and 2016. It was also the lowest since 1990 as per data from Home Ministry as shown below.

The graph below shows the fatalities involved in the terror incidents between 2004 and 2016.

In the year 2017, fatalities due to terror incidents shows death of 43 civilians, 56 security force personnel and 143 terrorists, according to data from South Asian Terrorism Portal till September 2017.