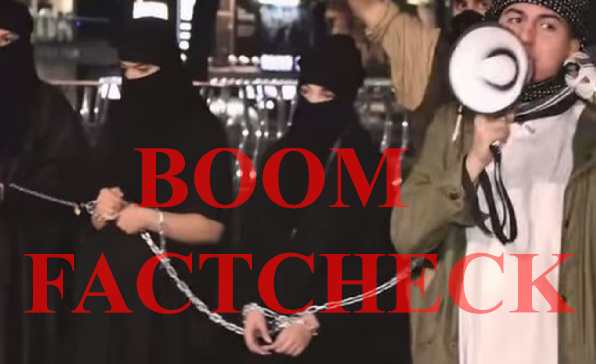 A video that purports to show the Islamic State auctioning women on the streets of London is actually a mock auction that was staged by Kurdish activist as a publicity stunt in 2014 to create awareness in the United Kingdom about the terrorist group's slave trade practices in Iraq and Syria.

The systematic use of rape and slavery are core components of the Islamic State's strategy in Iraq and Syria. The extremist group has used rape and sex slaves to attract and reward its fighters as well as to punish 'kaffirs' or non believers. Trafficking of women has been used to raise arms and fund activities of the caliphate. (Source - Rape and slavery was lure for UK Isis recruits with history of sexual violence) While official estimates of rape and sexual assault are notoriously hard to pinpoint according to UN Women, news reports indicate the numbers are in thousands.

The Yazidis, a majority-Kurdish speaking tiny religious group, have suffered the worst of these war crimes. Islamic State militants have slaughtered, enslaved and raped thousands in northern Iraq since 2014, purging Yazidis whom they see as devil worshipers. (Source, Source, Source)

However, this particular video was staged to raise awareness about the problem.

Since 2014, the video has been mislabeled and misused not just by fringe and far right groups across the world but also by mainstream media. (See example - Britain First Posts 'Muslim Auction Of Women In London' And Get It Very Badly Wrong )

It has also been staple for Indian fake news websites such as Dainik Bharat, which shared the video on its Facebook page in July 2015. Dainik Bharat, whose tag line is 'Anti-Secular News' is known for its anti-Muslim and anti-Christian rhetoric in India.

The video was also used by IndiaTV in 2014 and India Today in 2016 about stories on ISIS sex slaves. 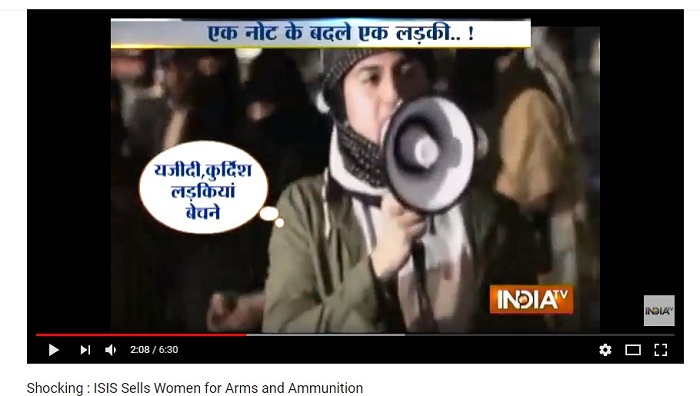 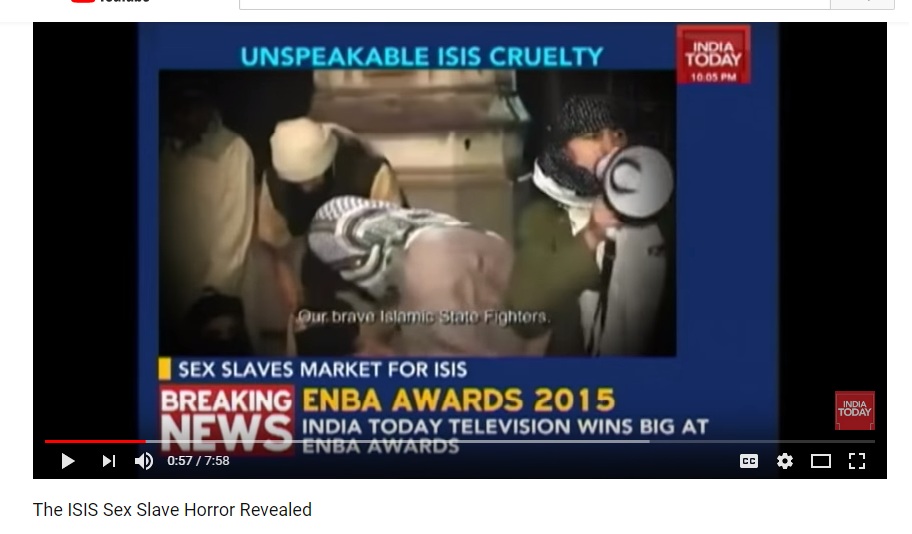 The video was revived in 2018 on Wednesday by Gaurav Pradhan on Twitter. Pradhan's LinkedIn bio describes him as a data scientist and digital strategist. Pradhan who has a Twitter following of over one lakh and is popular among the right-wing in India, tagged the official handle of UK's Prime Minister Theresa May's office along with Twitter handles of the BBC, Daily Mail and UK's Labour party in his tweet (seen below).

Congrats @Number10gov we have a new Sriya. This is new Britain

In the clip that Pradhan tweeted, horrified pedestrians watch as a man auctions two 'non-Muslim' women as sex slaves. 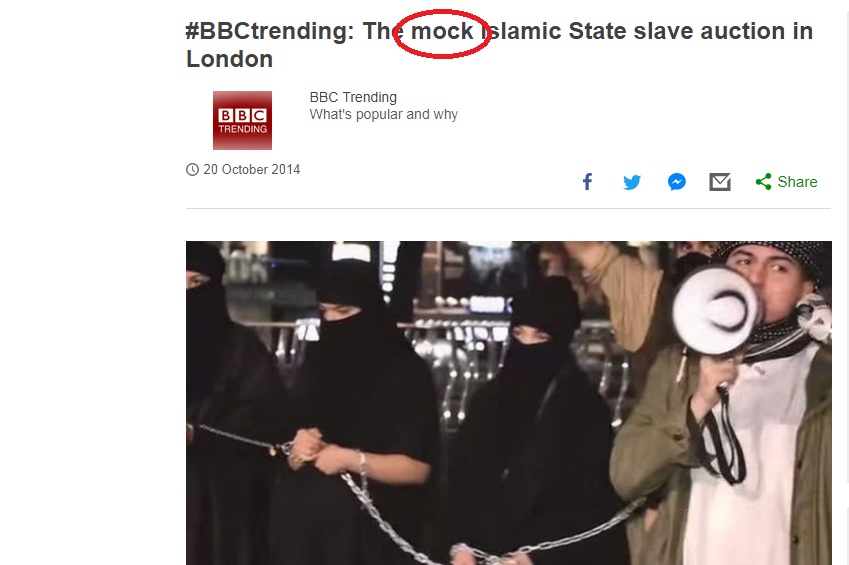 The mock auction took place on October 14, 2014 at London's Leicester Square and was organised by 'Compassion 4 Kurdistan', a Kurdish group, aiming to create awareness about the atrocities committed by the Islamic State in Iraq, BBC reported. Kurdistan in northern Iraq is a semi-autonomous region. 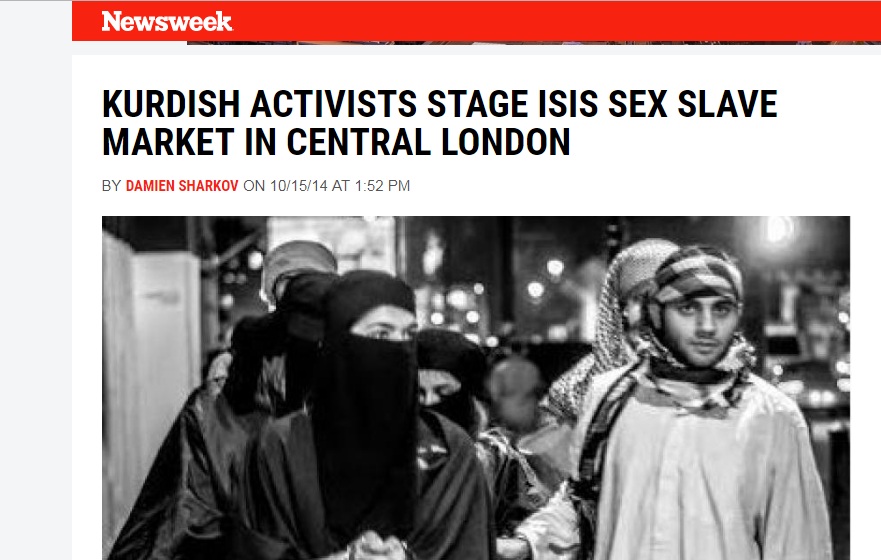 Newsweek which also wrote about the controversial protest said that the three mock performances held in London were met with some hostility and in some cases police had to prevent unknowing pedestrians from confronting the actors.

U.S. factchecking site Snopes debunked the video in June 2016 yet it continues to thrive in groups where anti-Muslim and anti-immigration sentiment is strong.

Fake. This was a mock auction staged by Kurdish activists in 2014 to protest Islamic State taking sex slaves in Iraq. https://t.co/mnXQkQ0F02 https://t.co/UsS8dPMZUv

auction auction women fake news featured Gaurav Pradhan fake news ISIS islamic state London Muslim men sex slaves Syria UK
If you value our work, we have an ask: Our journalists work with TruthSeekers like you to publish fact-checks, explainers, ground reports and media literacy content. Much of this work involves using investigative methods and forensic tools. Our work is resource-intensive, and we rely on our readers to fund our work. Support us so we can continue our work of decluttering the information landscape. BECOME A MEMBER
📧 Subscribe to our newsletter here. 📣You can also follow us on Twitter, Facebook, Instagram, Youtube, Linkedin and Google News 📝Stay updated with all our latest fact check stories.