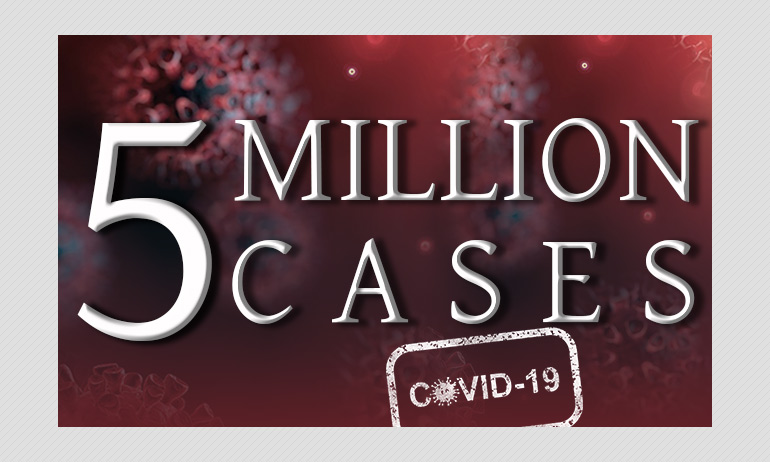 India crossed five million COVID-19 cases after it reported 90,123 new cases in the last 24 hours. It took the country only 11 days to report 10 lakh new cases.

India has been reporting the highest daily-spike in cases globally since August 7. The country is 15 lakh cases away from US' total case count.

Also Read:No, Countries Were Not Buying COVID-19 Test Kits in 2018

The infogram below shows India's trajectory from the first case reported on January 30 to crossing 5 million cases on September 15.

Maharashtra has been reporting a daily spike in the number of cases and deaths. The state with a total of 10,97,856 cases, has 27,983 cases more than Russia which has the fourth highest number of cases globally on the basis of geographical boundaries of countries

Two Indian indigenious vaccines– one by Bharat Biotech and the other by Zydus Cadilla are in Phase I/Phase II trials across the country.

After AstraZeneca halted the trials of the Oxford vaccine, Serum Institute of India halted its trials too. AstraZeneca resumed its trials in the UK owing to which the Drugs Controller General of India permitted SII to start trials too. The approval came on Tuesday evening, according to PTI.