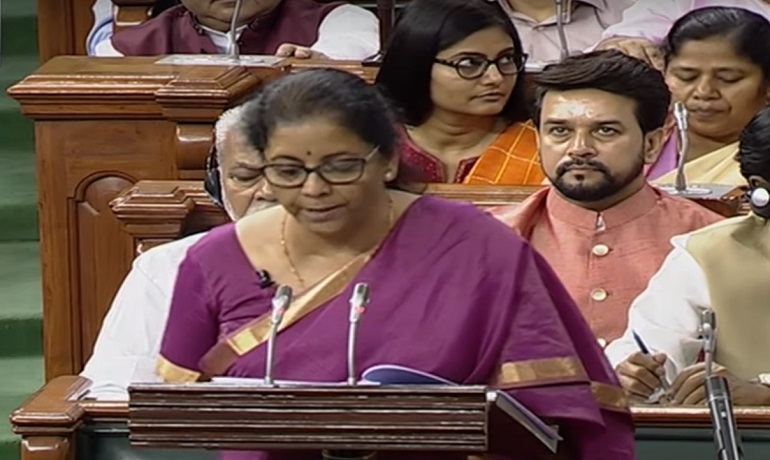 The Budget is always presented by the Union Finance Minister before the Lok Sabha, since the power to pass legislation on financial matters lies primarily with the lower house of Parliament, which is directly elected by the people of India.

Article 255 and 256 of the Constitution states respectively: