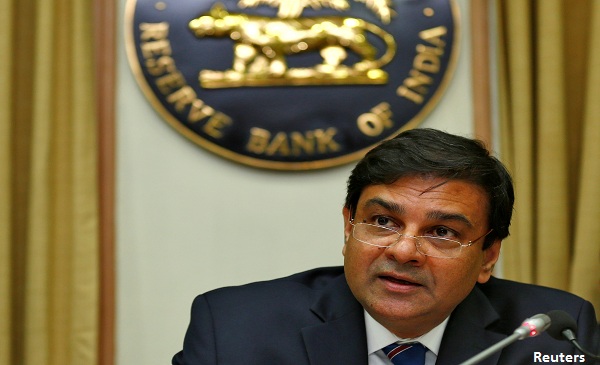 The meeting of the parliamentary panel with the RBI Governor on January 18 was anticipated to be a ‘grilling question-answer session’ on demonetisation. The session did not seem to have satisfied majority of the panel despite putting forth tough questions across the table. Media reports claim that former Prime Minister Manmohan Singh came to the rescue of the governor asking him not to answer certain questions and asked the panel to respect the institution of RBI.

Very little came out of the session. The major takeaway from the meeting is that Rs. 9.2 lakh crore has returned to the system post the withdrawal of legal tenders of Rs 500 and Rs 1000. However, this standalone information does not complete the puzzle of demonetisation.

The question, ‘Who decided it was time to undertake demonetisation?’ has been a matter of much debate. As reported by the Indian Express, the background affidavit RBI submitted to the Parliament’s Department Related Committee of Finance on December 22 says that the government on November 7 ‘advised’ the Reserve Bank to take necessary steps against the triple menace of counterfeit currency, terrorist finance and black money and suggested the withdrawal of Rs 500 and Rs 1000 notes.

RBI has refused to disclose the minutes of these discussions citing secrecy as per Section 8 (1). This directly attacks the concept of transparency when it comes to crucial policy decisions and supports the view taken by critics of demonetisation – the decision was taken in a whimsical manner without giving the central bank enough time to prepare for the fallout.

An RTI filed by Indian Express had something else to say. The decision to print new notes of Rs 2000 was taken on May 19, 2016 and the printing began in the month of June 2016. However, no discussions were held on demonetisation in the months of May, July and August when the RBI held board meetings, reported The Indian Express.

However, in the parliamentary panel session held on January 18, the RBI governor contradicts himself by saying that RBI was in the loop regarding demonetisation since January 2016 and discussions were held on it.

Here, the question of the origin of the idea of demonetisation is irrelevant when compared to the greater question of the autonomy of RBI. Did the central bank pay serious attention on how it will execute demonetisaton or did they take the government’s directives as sacrosanct? Had it advised the government on the pros and cons of the exercise? This is where former RBI Governor Y V Reddy’s observation of how he would have handled the situation looks important, “First I would have tried to impress upon the government that it should withdraw only Rs 1000 notes so as to minimise the disruption. If the government still wanted to go ahead with removing 86% of currency in circulation I would have conveyed my inability to execute it,” Reddy said in an interview recently.

Urjit Patel informed the parliamentary panel that a total of Rs 15.44 lakh crore has been demonetised. But The Economic Times points out RBI’s reply to an RTI that the total cash in circulation was Rs 24 lakh crore and the demonetised currency was worth Rs 20.51 lakh crore. An affidavit submitted by the government to the Supreme Court had different numbers – Rs 17.44 lakh crore and Rs 15.22 lakh crore, respectively.

The RBI governor also divulged the figure of money injected into the economy – Rs 9.2 lakh crore. However, the confusion from the past persists. As reported by News 18, an RTI by Mumbai based Anil Galgali on the inventory of new denominations of Rs 2000 and Rs 500 as of November 08 received the figure of Rs 4.94 lakh crore in Rs.2000 and none of Rs 500.

On the other hand, Deputy Governor of RBI, R Gandhi on December 13 said that new notes worth Rs 4.61 lakh crore were issued to the public between November 10 and December 10. If then, why was less currency distributed than what was in stock? What about the currency printing in this one month?

The exercise of demonetisation revolved around the discourse of black money. The strict regulations and procedures of depositing old currencies were justified by the cause of uprooting black money and forcing the corrupt to reveal or discard their stock. However, by the second week of December, the deposits had risen to Rs 11 lakh crore giving rise to speculations on the misuse of Jan Dhan accounts to deposit unaccounted cash and other means of converting ‘black’ into ‘white’.

The government had to deny the speculation that it expected Rs 4-5 lakh crore to remain outside the system which would in turn come back to the government in the form of dividend by the RBI. Since then the government and the RBI have avoided the question of how much money has come back into the system. This means any credible evaluation of the effectiveness of the policy has to wait till official numbers are provided.

On being questioned about the objective and the reasons for demonetisation, the Finance Ministry officials cited the recommendations of the SIT reports on black money. The reasoning was that black money due to ease of storage and transfer was stocked in high denomination notes and thus, the withdrawal of old Rs 500 and Rs 1000. However, they could not clarify how printing of the higher denomination of Rs 2000 was their solution to the menace of black money, reports The Economic Times.

At last, demonetisation was an expensive exercise for a developing country like India. The success of the policy depends not only on the stated benefits of eradicating black money, counterfeit currency and terror financing, but also on fast recovery of the economy and surpassing the immediate costs of demonetisation. As per CMIE, the transaction cost of demonetisation which includes forgone wages, printing of currencies and its transportation and loss of business was estimated to Rs 1.28 lakh crore. The International Monetary Fund has already reduced the GDP growth estimate of India for FY17 to 6.6% from its earlier estimate of 7.6%.

The RBI governor and the finance ministry officials have remained silent on their own estimates of cost of demonetisation. Also, there are no clear deadlines on how long it will take for the money supply to return to normalcy.