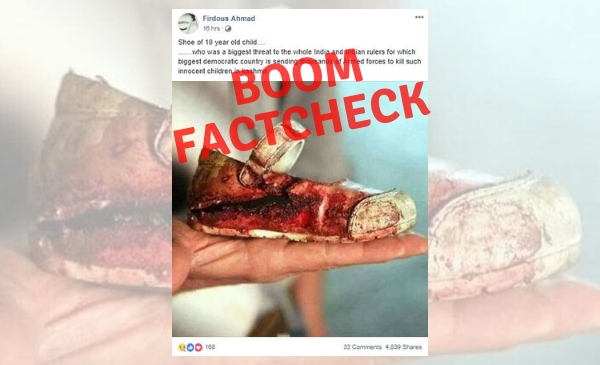 A distressing image of a bloodied shoe belonging to a little girl taken at a shopping mall in Israel after a missile strike by Palestinian militants in May 2008, is being shared on Facebook with a false narrative claiming the image is from Kashmir.

Facebook user Firdous Ahmad posted the image which has been shared over 4,800 times at the time of writing this story. “Shoe of a 10-year-old child who was the biggest threat to the whole India and Indian rulers for which biggest democratic country is sending thousands of Armed forces to kill such innocent children in Kashmir,” the text of the Ahmad's post claimed.

The photo is also being shared on Twitter with some users linking it to the death of seven civilians in Kulgam, Kashmir on Sunday. Three terrorists were killed in an encounter with security forces on Sunday while seven civilians lost their lives and 40 were injured following a blast at the encounter site, according to news reports.

who was a biggest threat to the whole India and Indian rulers for which biggest democratic country is sending thousands of Armed forces to kill such innocent children in kashmir.#KulgamKillings @Bint_e_muslimah @Jaanahvibes @MirwaizKashmir pic.twitter.com/rWKr3TRKyH

The same image went viral in December 2014 and was incorrectly linked to the depraved terrorist attack on the Army Public School in Peshawar by the Taliban, which killed nearly 150, most of whom were school children.

BOOM was able to find the same photo through a reverse image search, uploaded to Wikimedia Commons. 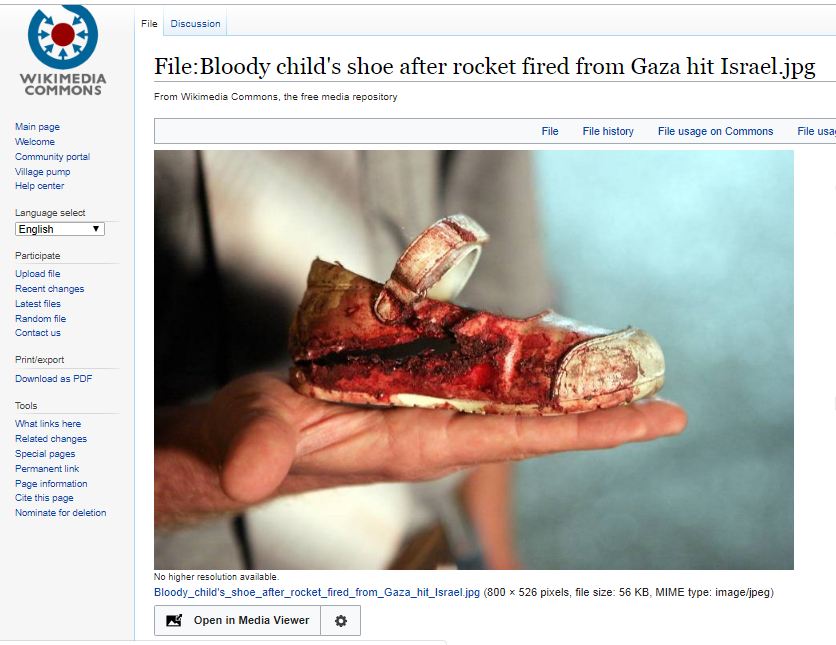 "A child's bloodied shoe inside the shopping mall in the southern Israeli city of Ashkelon after a missile, fired by Palestinian militants inside the Gaza Strip, exploded on a mall on 14 May 2008 severely injuring several Israelis, including one child and a woman, and wounding dozens of other civilians."

In December 2014, the BBC debunked the photo when it was viral purporting to be an image from the Peshawar school attack. (Click here) 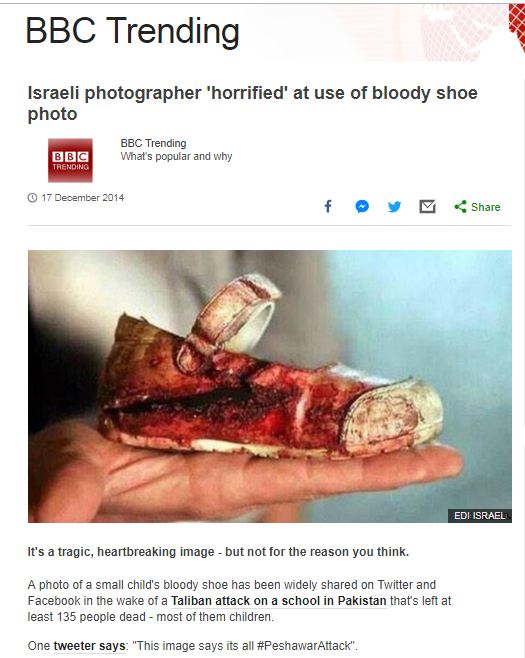 Photographer Edi Israel, who took the photo of the blood-stained shoe told the BBC that he shot it after it was dropped on the ground in a mall by a mother and daughter who were injured in the Ashkelon rocket attack. The two survived the attack and Israel visited them in hospital the following week, BBC reported.