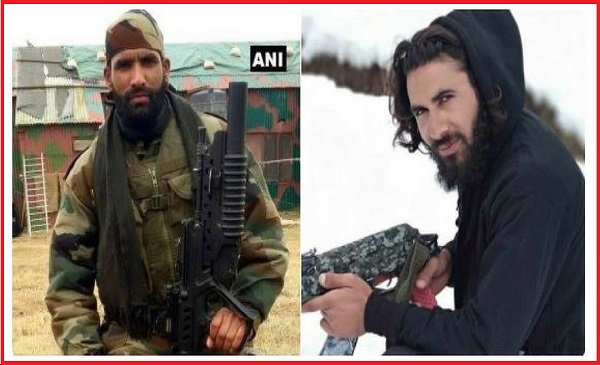 An image (on left) that is being widely shared as that of rifleman Aurangzeb who was abducted and killed by terrorists in Pulwama district is actually the picture of soldier Naik Deepak Nainwal who died a month back in Pune.

While Aurangzeb (on the right) was found murdered on June 14, 2018, Nainwal passed away on May 20, 2018. He was injured in an encounter on April 10, 2018 in Jammu and Kashmir's Anantnag and was undergoing treatment in Delhi and later in Pune, as per a Times of India report. 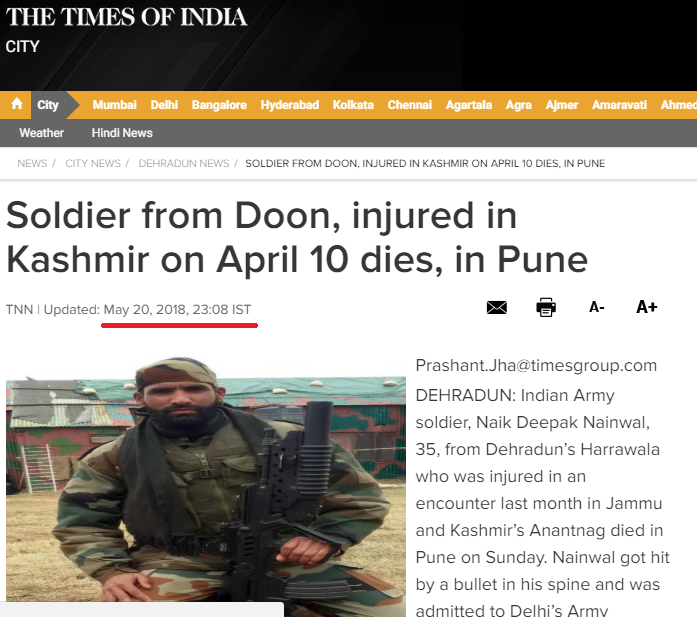 @FactCheckIndia pointed out how the wrong image is being used on Twitter with the hashtag #Aurangzeb.

#FactCheck: An image of @adgpi's Naik Dipak Kumar (on left) is being shared by many as rifleman #Aurangzeb Khan (on the right). Kumar was shot by terrorists on April 10, and died on May 20, 2018. Rifleman Khan was shot dead after being kidnapped by terrorists on June 14, 2018. pic.twitter.com/9UOKTwsEKL 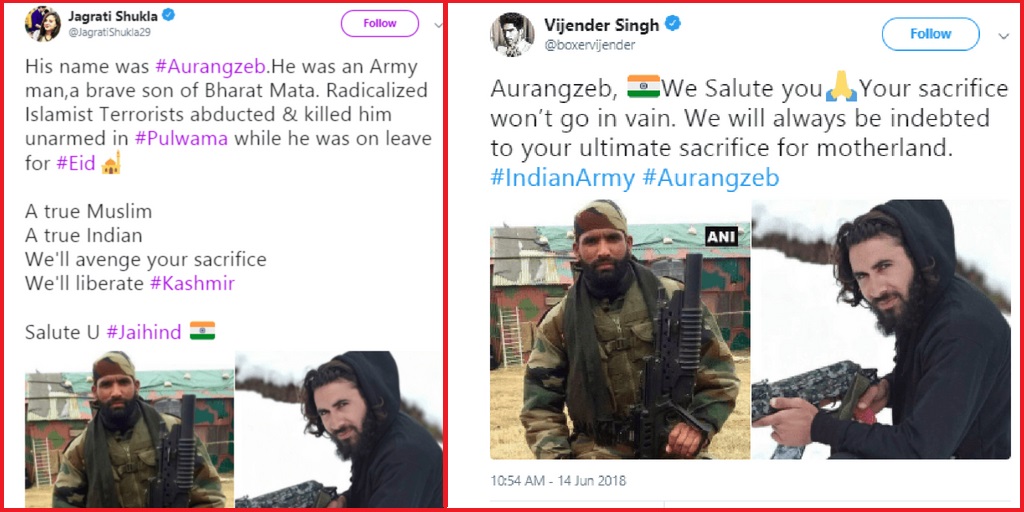 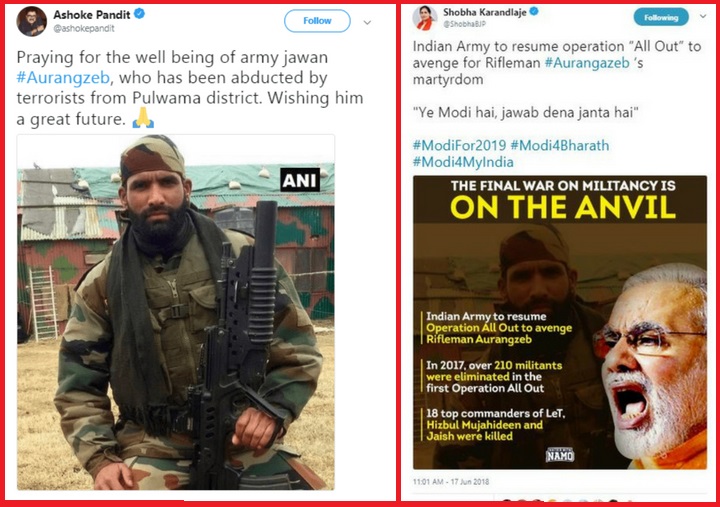 Few other Twitter users also shared the same tweet as that of Jagruti Shukla and Vijender Singh.

His name was #Aurangzeb.He was an Army man,a brave son of Bharat Mata.Radicalized Islamist Terrorists abducted & killed him unarmed in #Pulwama while he was on leave for #Eid

The confusion seems to have originated from wires agency ANI's tweet on June 14, 2018 which is now deleted. BOOM found a cached version of ANI's tweet. 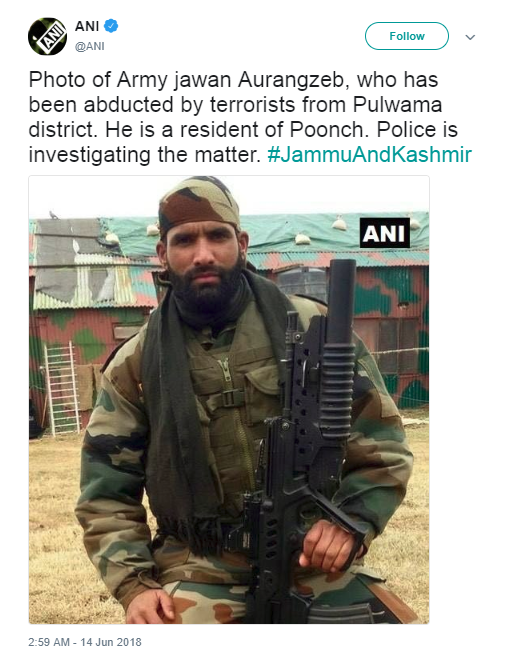 In the evening of June 14, ANI issued an update stating that the Army had shared the wrong image of Aurangzeb.

#UPDATE: Army clarifies that wrong photo of Army jawan, Aurangzeb was shared by them. Aurangzeb has been abducted by terrorists from Pulwama district. #JammuAndKashmir (Original tweet with his photo will be deleted) https://t.co/9XNdTcBwBy

Aurangzeb Khan a native of Poonch in Jammu & Kashmir was on his way home for Eid when he was abducted by militants. The militants also released a video shot before he was killed in which he was being interrogated. Aurangzeb was involved in the encounter of Sameer Tiger of Hizbul Mujahedeen.

On the same day, Shujaat Bukhari, Editor of Rising Kashmir was also shot dead by unidentified assailants outside his office in Srinagar.