A video has been viewed thousands of times on Facebook and Twitter alongside a claim it shows an American rocket exploding during launch in August 2020. The claim is false; this video has circulated online since 2014 in reports about a failed NASA rocket explosion in the US state of Virginia.

The 39-second footage shows a rocket bursting into flames moments after launch. An English-language voiceover is heard throughout the video. It describes the explosion as it occurs. 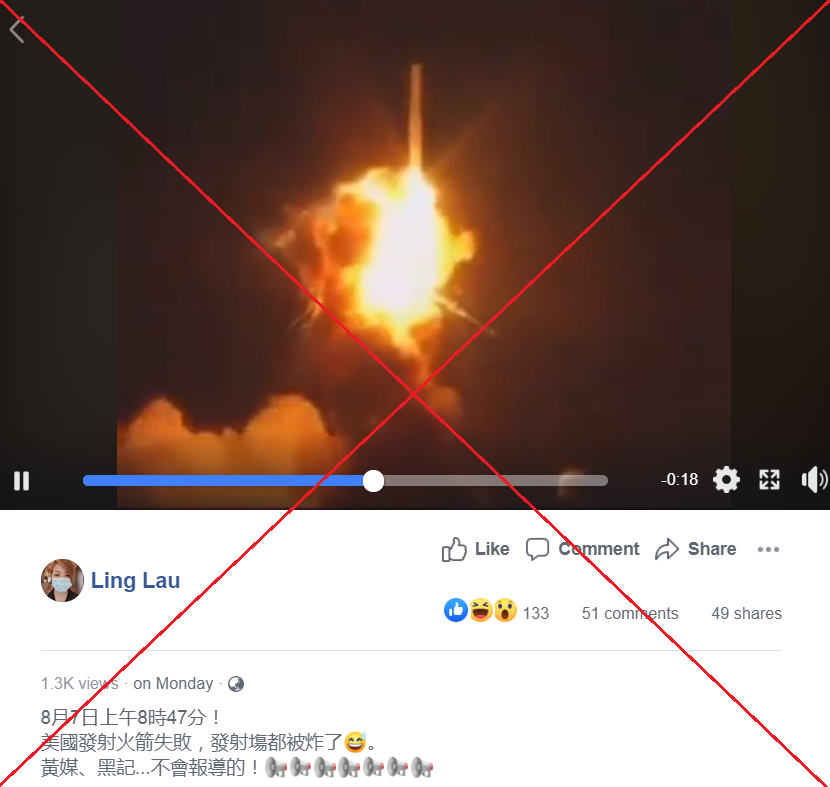 The post's caption, written in traditional Chinese characters, translates to English as: "8:47 am on August 7! The United States failed to launch rockets, and the launch site was blown up. Yellow media [and] biased journalists…will not report on this!"

The video was also shared here on Facebook and here and here on Twitter alongside a similar claim.

Also Read: Will Moon And Mars Appear Of Equal Size In The Night Sky On Aug 27?

A reverse image search on Google using keyframes extracted with InVID-WeVerify, a digital verification tool, found a longer version of the video published here on the YouTube channel of the US television station WAVY-TV on October 28, 2014. 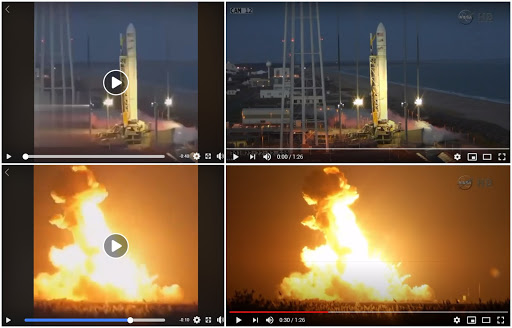 Wallops Island, an island in Virginia, US, is where NASA rocket launch site Wallops Flight Facility is located.

A keyword search found the explosion was also reported by other American media in 2014, including CNN here and National Geographic here.

The CNN report reads, in part: "Teams of investigators were out at daybreak Wednesday examining damage to NASA's Wallops Flight Facility after an unmanned rocket exploded shortly after launch on the Virginia coast, NASA spokeswoman Rachel Kraft told CNN via email. NASA is warning people in the area not to touch debris if they find any.

"The Antares rocket, built by NASA contractor Orbital Sciences Corp., and its Cygnus cargo spacecraft 'suffered a catastrophic failure' shortly after liftoff Tuesday evening, the company said. The crash caused a huge fire and scattered debris over a large area."