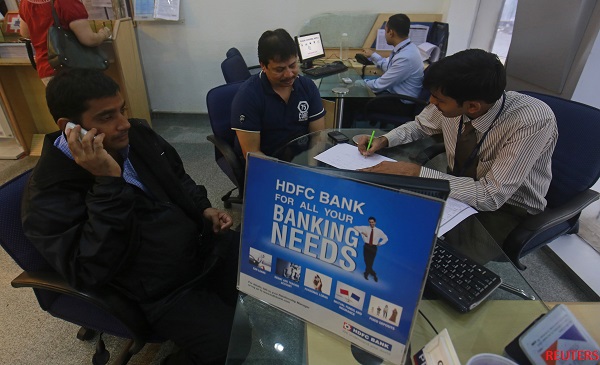 In its latest monetary policy review the Reserve Bank of India (RBI), cut key lending rates by 25 basis points or 0.25% to 6%. Logically, when the apex bank cuts rates, the end customers i.e the borrowers should stand to benefit as loans and other lines of credit should become cheaper. This is because borrowing cost of banks comes down due to a rate cut. In banking parlance, the passing on of benefits to customers is called monetary policy transmission.

However, despite the monetary policy easing, banks do not seem forthcoming in their intentions of reducing lending rates, much to the chagrin of RBI. The latest RBI rate cut notwithstanding, the question still remains whether or not borrowers will stand to benefit this time as well. To ensure that borrowers receive better benefits of a rate cut, the RBI in April 2016 had introduced the marginal cost of funds based lending rate (MCLR).

MCLR replaced the base lending rate. The major difference between the two is while base rate considers the interest rates offered on deposits, MCLR considers the marginal cost of lending. While calculating MCLR, banks must consider short term interest rates, repo rates and interest rates applicable on the various kinds of deposits.

In other words, everyday costs incurred by banks in tandem with the repo rate or the rate at which banks borrow funds from RBI, must be taken into consideration while calculating MCLR and banks must revise and realign their interest rate on a monthly basis. The RBI Governor Urjit Patel, while reducing the repo rate back in October 2016, had expressed his concerns over monetary policy transmission and noted that the rate cuts passed on to end customers was “less than what any one of us would have liked.”

To put it in context, while RBI reduced its short-term lending rate or repo rate by 2 percentage points since 2015 (when the easing cycle commenced) State Bank of India (SBI), India’s largest commercial banks reduced its lending rate (now MCLR) by 1% or 100 basis points. SBI however justified its stance saying that MCLR, though expected to move in tandem with policy rates, are not doing so because not just of the cost of credit and deposits but also because of the NPA (non-performing assets) or stressed loan accounts of banks that is ailing the banking system. This according the largest lender is restricting banks at large from reducing their MCLR rates.

Banks have witnessed a significant rise in the proportion of their stressed assets over the past three years. 9% of the total banking advances are NPAs. This proportion is even higher for public sector banks whose NPA levels are over 11%, the worst it has been in over ten years. RBI believes that banks have already strategically loaded a higher credit risk premium in a rising NPA environment. This according to the central bank is an attempt to reorient lending operations towards lesser risky activities.

There is enough anecdotal evidence of the fact that banks are not only reluctant to reduce interest rates, they keep charging a high rate of interest arbitrarily, even when repo rates are being reduced consistently. Debashish Basu of Moneylife in a recent article points out the case of two conscientious home loan borrowers who realised that their respective lenders were charging interest rates on their home loans that were almost close to the rates of unsecured loans.

Their cases are representative of the millions of home loan borrowers who continue to pay a high rate of interest simply because their lenders fail to make a timely review of the floating rate of interest in tandem with the policy rate cuts. Basu, points out how banks in fact unfairly deceive customers by failing to take their “consent” (to review rates) when a rate cut takes place. In fact, there is no urgency to communicate or inform borrowers about lowering of interest rates, whereas a hike in rates is communicated promptly. Basu thus provides convincing evidence that banks are in fact recovering the cost of bad loans from unsuspecting retail borrowers.

Banks naturally refute such accusations, and reiterate that MCLR has been fairly responsive thus far. However, they do not rule out the possibility of further cuts in lending rates. Bankers state that the quantum of NPAs is the major restrictive factor when it comes to transmission of monetary policy easing. They claim that while several pleadings have been made to the Government and the banking regulator for NPA resolution, there has hardly been any effective solution up until recently.

Under the Banking Regulation (Amendment) Ordinance of 2017, The RBI formed an internal advisory committee (IAC) that met for the first time in June 2017. The outcome of this meeting was the identification of 12 accounts that currently constitute 25% of gross NPAs of the banking system and qualify under the Insolvency and Bankruptcy Code, that provides a resolution to debtors within a time frame of 180 days from the acceptance of application.

The Q1FY18 results of banks indicated that the major sectors contributing to large NPAs are iron and steel, textiles and infrastructure. RBI is soon expected to issue specific instructions to banks and initiate actions against these 12 accounts. This will force banks to take a haircut on their receivables that in turn would impact their profitability negatively.

Borrowers may stand to benefit after all

The RBI has also stated its intent to set up a panel to further scrutinise the lack of monetary policy transmission to end customers. Long story short, banks may soon have to fall in line and pass on full benefits of monetary policy easing to their home loan customers, failing which they will have to adjust for lower CASA ratio or the quantum of low cost deposits. This in turn will further raise their deposit costs that are already high on account of competing small saving schemes such as PPF and the likes that are still high.

Despite the banking system grappling with NPA woes, RBI at this point seems determined to pass on monetary policy benefits to borrowers at the earliest. In a growing economy like ours, this spells good news as lower interest rates encourages the public to take more lines of credit that ultimately boosts the growth rate of the nation.