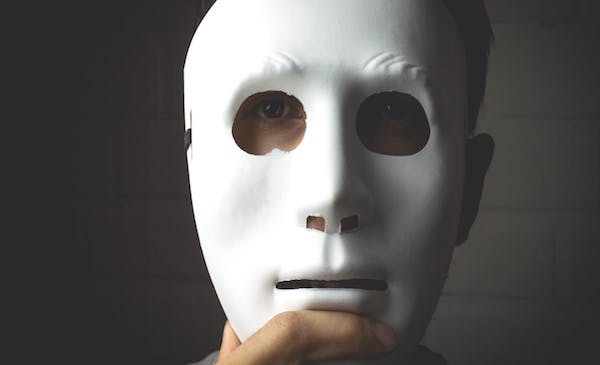 The first step in conducting online propaganda efforts and misinformation campaigns is almost always a fake social media profile. Phony profiles for nonexistent people worm their way into the social networks of real people, where they can spread their falsehoods. But neither social media companies nor technological innovations offer reliable ways to identify and remove social media profiles that don’t represent actual authentic people.

It might sound positive that over six months in late 2017 and early 2018, Facebook detected and suspended some 1.3 billion fake accounts. But an estimated 3 to 4 percent of accounts that remain, or approximately 66 million to 88 million profiles, are also fake but haven’t yet been detected. Likewise, estimates are that 9 to 15 percent of Twitter’s 336 million accounts are fake.

Fake profiles aren’t just on Facebook and Twitter, and they’re not only targeting people in the U.S. In December 2017, German intelligence officials warned that Chinese agents using fake LinkedIn profiles were targeting more than 10,000 German government employees. And in mid-August, the Israeli military reported that Hamas was using fake profiles on Facebook, Instagram and WhatsApp to entrap Israeli soldiers into downloading malicious software.

Although social media companies have begun hiring more people and using artificial intelligence to detect fake profiles, that won’t be enough to review every profile in time to stop their misuse. As my research explores, the problem isn’t actually that people – and algorithms – create fake profiles online. What’s really wrong is that other people fall for them.

My research into why so many users have trouble spotting fake profiles has identified some ways people could get better at identifying phony accounts – and highlights some places technology companies could help.

To understand social media users’ thought processes, I created fake profiles on Facebook and sent out friend requests to 141 students in a large university. Each of the fake profiles varied in some way – such as having many or few fake friends, or whether there was a profile photo. The idea was to figure out whether one or another type of profile was most successful in getting accepted as a connection by real users – and then surveying the hoodwinked people to find out how it happened.

I found that only 30 percent of the targeted people rejected the request from a fake person. When surveyed two weeks later, 52 percent of users were still considering approving the request. Nearly one in five – 18 percent – had accepted the request right away. Of those who accepted it, 15 percent had responded to inquiries from the fake profile with personal information such as their home address, their student identification number, and their availability for a part-time internship. Another 40 percent of them were considering revealing private data.

When I interviewed the real people my fake profiles had targeted, the most important thing I found was that users fundamentally believe there is a person behind each profile. People told me they had thought the profile belonged to someone they knew, or possibly someone a friend knew. Not one person ever suspected the profile was a complete fabrication, expressly created to deceive them. Mistakenly thinking each friend request has come from a real person may cause people to accept friend requests simply to be polite and not hurt someone else’s feelings – even if they’re not sure they know the person.

In addition, almost all social media users decide whether to accept a connection based on a few key elements in the requester’s profile – chiefly how many friends the person has and how many mutual connections there are. I found that people who already have many connections are even less discerning, approving almost every request that comes in. So even a brand-new profile nets some victims. And with every new connection, the fake profile appears more realistic, and has more mutual friends with others. This cascade of victims is how fake profiles acquire legitimacy and become widespread.

The spread can be fast because most social media sites are designed to keep users coming back, habitually checking notifications and responding immediately to connection requests. That tendency is even more pronounced on smartphones – which may explain why users accessing social media on smartphones are significantly more likely to accept fake profile requests than desktop or laptop computer users.

And users may think they’re safer than they actually are, wrongly assuming that a platform’s privacy settings will protect them from fake profiles. For instance, many users told me they believe that Facebook’s controls for granting differing access to friends versus others also protect them from fakers. Likewise, many LinkedIn users also told me they believe that because they post only professional information, the potential consequences for accepting rogue connections on it are limited.

But that’s a flawed assumption: Hackers can use any information gleaned from any platform. For instance, simply knowing on LinkedIn that someone is working at some business helps them craft emails to the person or others at the company. Furthermore, users who carelessly accept requests assuming their privacy controls protect them imperil other connections who haven’t set their controls as high.

Using social media safely means learning how to spot fake profiles and use privacy settings properly. There are numerous online sources for advice – including platforms’ own help pages. But too often it’s left to users to inform themselves, usually after they’ve already become victims of a social media scam – which always begins with accepting a fake request.

Adults should learn – and teach children – how to examine connection requests carefully in order to protect their devices, profiles and posts from prying eyes, and themselves from being maliciously manipulated. That includes reviewing connection requests during distraction-free periods of the day and using a computer rather than a smartphone to check out potential connections. It also involves identifying which of their actual friends tend to accept almost every friend request from anyone, making them weak links in the social network.

These are places social media platform companies can help. They’re already creating mechanisms to track app usage and to pause notifications, helping people avoid being inundated or needing to constantly react. That’s a good start – but they could do more.

For instance, social media sites could show users indicators of how many of their connections are inactive for long periods, helping people purge their friend networks from time to time. They could also show which connections have suddenly acquired large numbers of friends, and which ones accept unusually high percentages of friend requests.

Social media companies need to do more to help users identify and report potentially fake profiles, augmenting their own staff and automated efforts. Social media sites also need to communicate with each other. Many fake profiles are reused across different social networks. But if Facebook blocks a faker, Twitter may not. When one site blocks a profile, it should send key information – such as the profile’s name and email address – to other platforms so they can investigate and potentially block the fraud there too.

This article was first published on theconversation.com