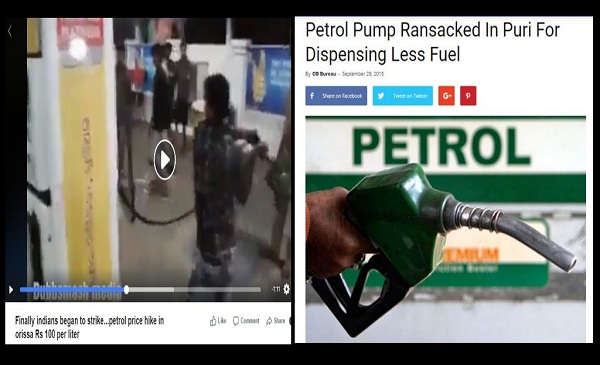 CLAIM: A mob attacked a petrol pump in Odisha because petrol prices touched Rs. 100 per litre.

FACT: The petrol pump in Puri was vandalised over allegations that it was cheating customers.

A video showing a mob vandalise bunkers at a petrol pump in Odisha is being shared online with a false narrative that soaring prices of petrol triggered the attack.

Rising fuel prices across the country over recent weeks have pinched vehicle owners and put the government on the back foot.

The two-minutes-and-eight seconds clip has gone viral over Facebook since the start of the week with text that states, "Finally Indians began to strike...petrol price hike in Orissa Rs 100 per liter." Click here to view an archived version of the page. News18 Telugu also featured the video on its site with misleading context. 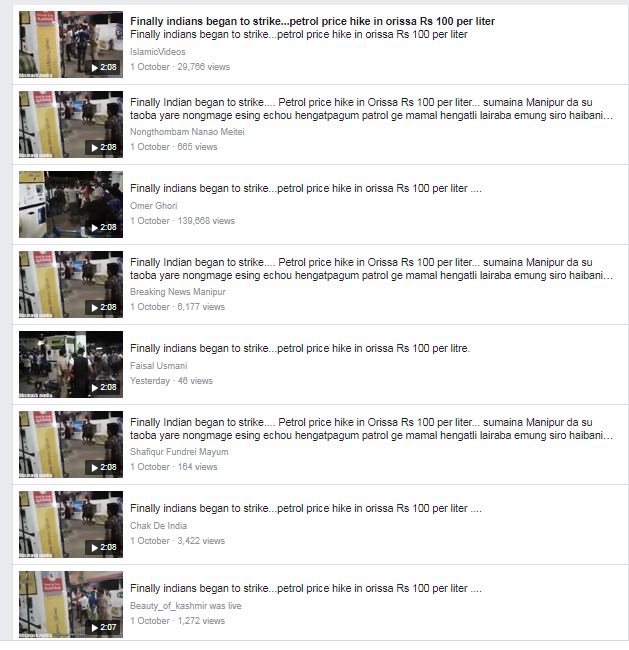 However, a factcheck revealed that the incident took place on September 28, 2018 when petrol prices in Puri were hovering slight above Rs. 82 per litre.

The incident took place at the Khuntia Petrol Pump, near Hospital Square in Puri.

Irate locals, who alleged that the petrol pump was cheating them by dispensing less fuel than what they paid for, ransacked the bunk. (Petrol Pump Ransacked In Puri For Dispensing Less Fuel

Omcom News reported that the mob allegedly hurled a bomb at a oil tanker parked near the pump, when the bomb failed to go off the mob tried to burn the tanker but their plan was foiled by police personnel who reached the spot.

A number listed of the said petrol pump was not reachable.

BOOM contacted the Kumbharpada police station in Puri where the incident happened. A local police official not wanting to be named confirmed that the incident was not due to the hike in petrol prices but due to petrol pilferage.

"On the day of the incident, one customer got angry as the petrol pump pilfered petrol. They were supposed to fill petrol for a certain amount but only filled partly and claimed that they had done nothing wrong. This agitated the customer and he got into a fight. Many others who were present also complained of the same and started vandalising the petrol pump," he said.

He added that someone also threw a 'bomb' at the petrol hunk but since it was not active, no damage was caused.

BOOM also contacted a local reporter from OTV who was at the present when the incident happened.

"At around 10.15 pm a mob started vandalising the petrol bunk," Madhusudhan, a reporter at OTV told BOOM.

"The police then arrived and started lathi charging and beating up journalists and photographers." "Even I was injured in the same and we have filed an FIR," he said.