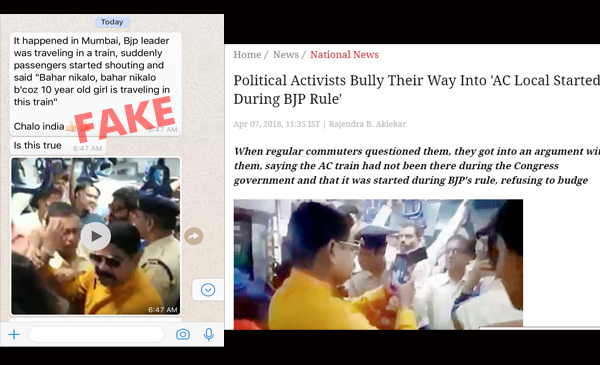 CLAIM: A BJP leader was travelling in a train when suddenly passengers began to shout "Bahar Nikalo, Bahar Nikalo because a 10 year old girl is traveling in this train."

Viral posts on WhatsApp and Facebook falsely claim that a BJP leader was heckled on a train by fellow passengers. The posts claim passengers on a Mumbai local demanded that a BJP leader leave as a 10-year old girl was also on the same train. The posts come on the back of bitter critique of the party for its response to public outrage over the alleged rapes in Jammu's Kathua and Uttar Pradesh's Unnao. 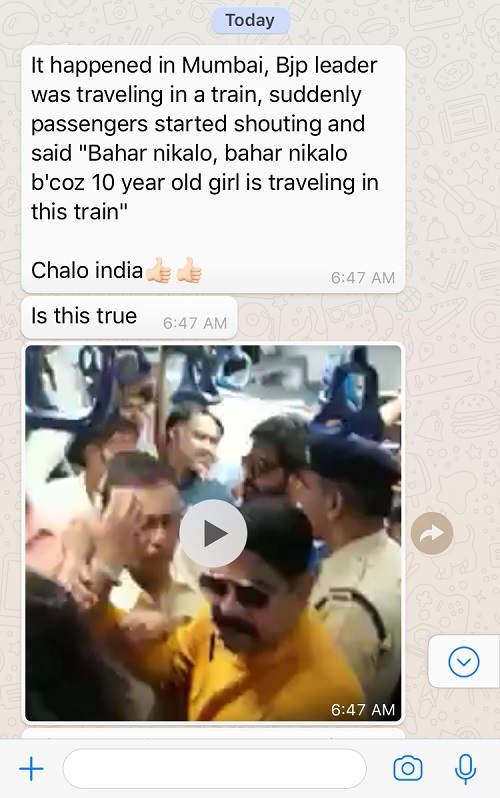 However, a fact-check revealed that while the video is true; the message with which the video is being shared is fake.

When passengers protested, BJP supporters started dropping the names of Amit Shah and BJP MP Gopal Shetty and questioned whether such AC trains had existed during the Congress' regime.

Although the video was shared by many at the time on social media it did not make national news though local news outlets reported on the incident.

According to Mumbai tabloid Mid-day, a number of political activists carrying banners and flags barged into a 10.33 am Churchgate-bound train to attend the mega rally presided by the party's president Amit Shah.

"When regular commuters questioned them, they got into an argument with them, saying the AC train had not been there during the Congress government and that it was started during BJP's rule, refusing to budge." - Mid-day

The article also said that railway officials had received a complaint and first tried to detrain the supporters at Borivli station. Nearly all ticket-less commuters were forced to exit the train by the time the train reached Andheri station, according to the news report. (Click here to read the story) 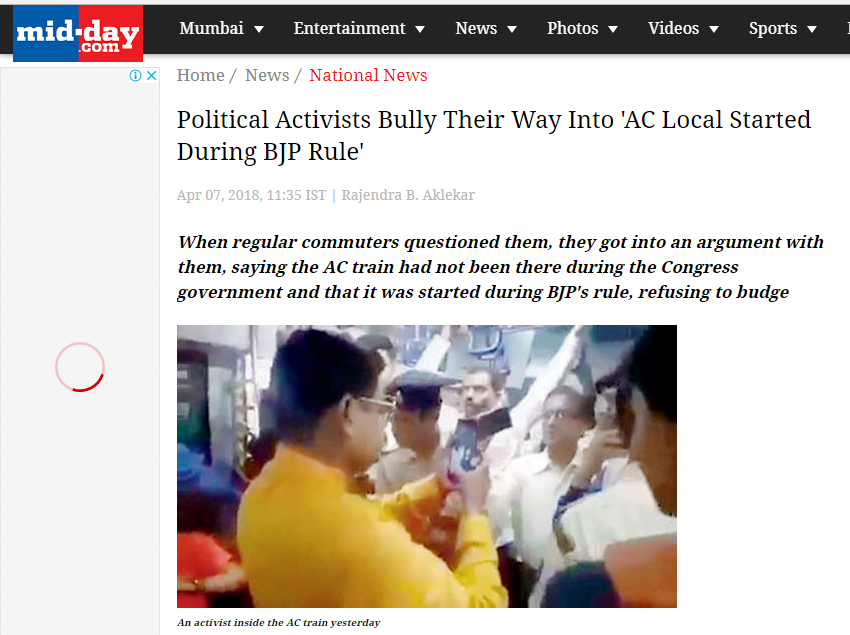 In December 2017, Indian Railways introduced the much-awaited AC local train on the Western Line for the city that copes with soaring temperatures for most of the year. Ticket prices currently start at Rs. 60 and go up to Rs. 205.