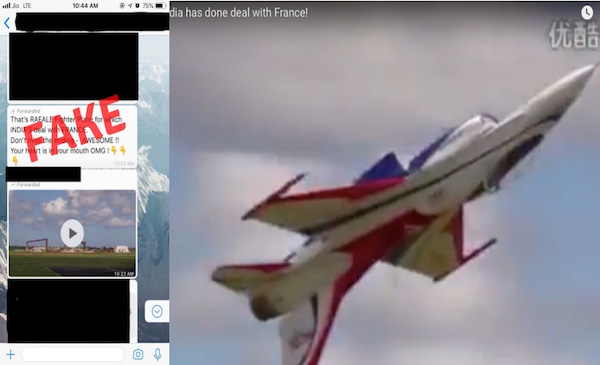 A video of an aircraft shared on WhatsApp and Facebook through multiple posts claims that it is a Rafale fighter plane, part of the deal between India and France. The 2 minute 50-second video shows the plane doing all kinds of stunts in the air, especially towards the end where its seen standing upright on the track.

BOOM searched the video online and found that claim is false. The aircraft is actually remote controlled turbine jet F-16 QQ which can be ordered online.

We checked social media to check the virality of the false claim and found several posts on Facebook that went back to the month of April this year. 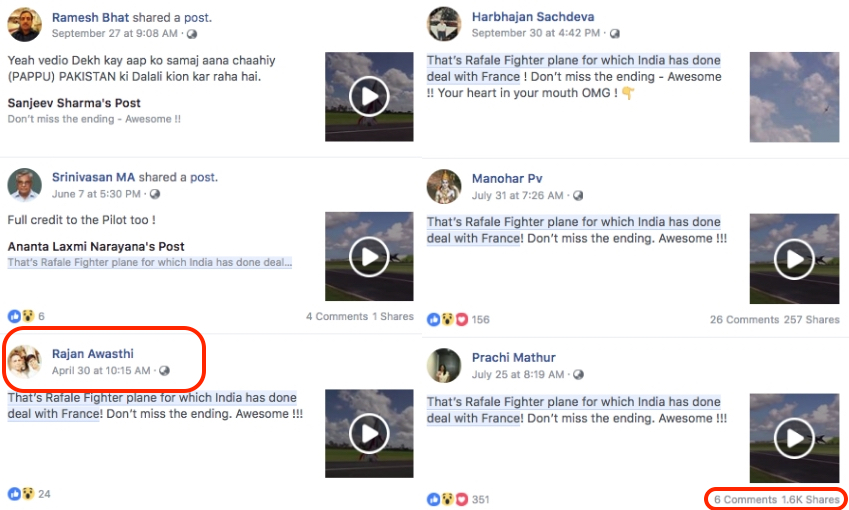 That’s Rafale Fighter plane for which India has done deal with France !

Your heart in your mouth OMG !

A similar video with the same claim of it being a Rafale fighter jet was available on YouTube. BOOM used Its URL to get keyframes using Invid. After getting the keyframes, we searched a few images via video tool Yandex and found the same video on YouTube dated August, 2016 by Flex Innovations.

BOOM checked the video and found out that though it is an aircraft, it is not a normal sized aircraft. Searching for F-16 QQ on Google, we came to the website of Flex Innovations , a company working on building aircraft control systems, toys and electronics, where the aircraft was available to be ordered with all the specifications mentioned below it. The description of the post also mentions that the turbine jet is modified by one of the founders, Quique Somenzini. Even the social media posts carrying the video had the logo of Flex Innovations on the aircraft's tail. Claim :   Video Of Rafale Fighter Plane Performing Stunts In The Air
Claimed By :  Social Media
Fact Check :  FALSE
fake news featured Fighter Jets fighter plane flex innovations France India Quique Somenzini Rafale deal
If you value our work, we have an ask: Our journalists work with TruthSeekers like you to publish fact-checks, explainers, ground reports and media literacy content. Much of this work involves using investigative methods and forensic tools. Our work is resource-intensive, and we rely on our readers to fund our work. Support us so we can continue our work of decluttering the information landscape. BECOME A MEMBER
📧 Subscribe to our newsletter here. 📣You can also follow us on Twitter, Facebook, Instagram, Youtube, Linkedin and Google News 📝Stay updated with all our latest fact check stories.