Our special series on people who have been victimized for saying what they think. Between legal action, violence and harassment, they have paid a heavy price for the right to freedom of expression.

The violent massacre of cartoonists at French magazine Charlie Hebdo, the outrage and lawsuit against the comedy group AIB, the new directives to filmmakers from India's Central Board for Film Certification (CBFC) and Tamil writer Perumal Murugan declaring that he has quit writing are just some cases that have reignited the debate on the right to freedom of expression.

In this special series, Boom documents the experiences of people who have been at the receiving end of both legitimate and illegitimate action for saying what they think. 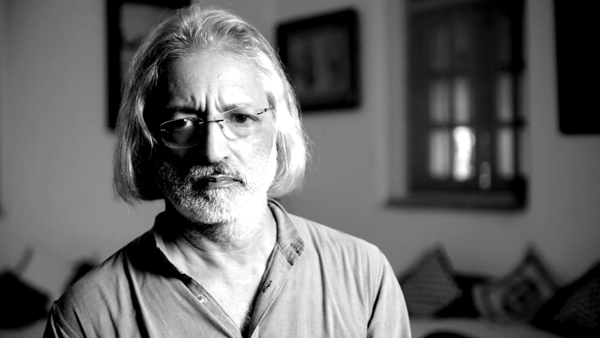 Filmmaker Anand Patwardhan's entire career has been about testing the limits. The documentary filmmaker, known for his unflinching gaze on issues that lie at the crux of modern India, has made 12 films over the past 40 years. From his first film in 1974, Waves of Revolution on the JP movement that started in Bihar to his latest Jai Bhim Comrade in 2012, Patwardhan's films have sometimes spent years, chronicling and collating evidence towards a position.

A fiercely independent point of view that questions the established socio-political narrative, Patwardhan has waged several long legal battles to get his films to be seen. Perhaps, the worst fight was the relentless decade-long one to get 'Father, Son and Holy War' to be telecast on state broadcaster Doordrashan. Despite winning awards, his films were not telecast on Doordarshan until directed to by the Supreme Court. Doordarshan is a vital, if not the only platform of scale, for documentary films in India.

All over, the world is interested in entertainment products. They are not interested in making people think. Nobody wants to know about the problems in our country; problems that the general working class face. It's not easy for (the) consumer world to sell any products based on the content that we have. So, in that sense there's market censorship that even if our films were allowed to be shown, there are very few takers.

While Patwardhan's battles have been with the CBFC, right wing groups have also protested and rallied against the screening of his films. Censorship comes in unofficial forms as well if you look up his website www.patwardhan.com you won't be able to access it except via proxy servers.

65-year-old Patwardhan continues to be an indefatigable fighter for the right to the freedom of expression and he claims that while all governments, including the Congress-led governments, are guilty of attacking the right to freedom and the Emergency is the ultimate proof of that, censorship in the times of BJP-led governments is worse.

Worse still and more insidious, the thing few even talk about is 'market censorship.' Patwardhan says, "All over, the world is interested in entertainment products. They are not interested in making people think. So, the kind of work we do is serious, which is about the problems in our country; problems that necessarily do not face the elites but face the general working class. Nobody wants to know about that. It's not easy for (the) consumer world to sell any products based on the content that we have. So, in that sense there's market censorship that even if our films were allowed to be shown, there are very few takers."

Also, on 'Testing The Limits Of Freedom Of Expression', cartoonist Aseem Trivedi shares his experience.