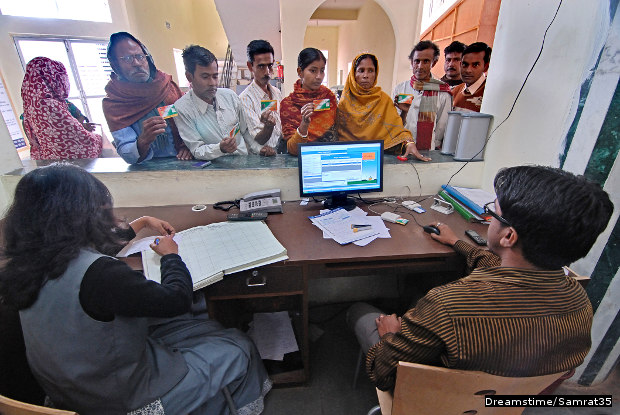 Recent news has it that the government is considering introducing two universal health-insurance policies—offering Rs 50,000 and Rs 100,000 cover

If it does, the government will be introducing pan-India coverage at a uniform price, at a time when insurance companies, hit hard by higher hospitalisation expenses in leading metros, are increasingly moving away from the concept of ‘one policy, one price’.

In 2012, claimants in India’s top six cities—4.5% of India’s population—accounted for 21% of all health-insurance claims and received 27% of all health insurance payouts, according to the Insurance Information Bureau of India.

KPMG, a consultancy, estimates that 30 to 40% of all claims come from India’s top six cities, and their average claim size is about 30% higher than the all-India average.

As a result, the price of a health cover has become a complex variable, depending on where you live, what hospital you plan to use and your age.

“We have demarcated various zones across the country based on the prevailing medical costs and trends in costs,” said Sandeep Patel, managing director & CEO, Cigna TTK Health Insurance, a private health-insurance company.

Mumbai is by far India’s most expensive city for healthcare. Its average claim size is 70% higher than the rest of the state of Maharashtra alone.

Having an angioplasty in Nasik or Pune would set a heart patient back about Rs 2.5 lakhs. Undergoing the same procedure in Mumbai (or Delhi) would cost Rs 4 lakh, according to Suresh Sugathan, head, Health Insurance at Bajaj Allianz General Insurance.

Number of Claims and Amount of Claims Paid In Leading Metros, 2012

Cities in Gujarat, such as Ahmedabad, Vadodara and Surat, are surprise entries in the list of most expensive places to get healthcare, zone 1, as it is called. Gujarat also made the second-highest number of claims of all states in 2012.

Providers classify the rest of India based on their experience. For instance, CignaTTK classifies Chandigarh and Ludhiana in zone 2, while public-sector provider, New India Assurance Company, puts these cities in zone 3.

Zoning India For The Sake of Health Insurance

What zone does it fall in?

Premium rates vary from 7% to 20% between zones for covers from private companies and from 2% to 15% for policies from public companies.

As an example, Max Bupa has defined two zones and introduced tiered pricing based on where customers live and where they opt to get treated.

“Health Companion customers living in zone 2 typically get 10% discount on the premium,” said Somesh Chandra, chief operations officer and chief quality officer, Max Bupa Health Insurance. “Additionally, opting to get treated in their hometown or another zone 2 city fetches them a further discount of about 10%.”

But patients who pay a lower premium but get treated in a more expensive zone, for whatever reason—better doctor, only option, advanced medical technology—will be reimbursed only a proportion of the cost of treatment.

How health-insurance costs vary by city

A 40-year-old Mumbai resident using a health cover of Rs 500,000 from the public-sector New India Assurance would pay a basic premium of Rs 7,000, exclusive of service tax.

However, for a patient living in any of India’s north-eastern states, or in other states—all classified as zone 4 by New India Assurance—would pay considerably less, about Rs 5,935.

Pricing by category: the future of health insurance in India

As importantly, differential pricing is vital for the health of the insurance business itself. It helps maintain uniformity in the claims ratio—a measure of the claims incurred and the earned premium—across regions.

It hasn’t been faring too well lately.

So, expect the trend toward geographical pricing to pick up, and intensify.

“I expect the pricing differential to grow to reflect the significant disparity between the cost of health care in leading cities and the rest of India,” said Shashwat Sharma, partner, Management Consulting, KPMG in India.

Some contend that corporate hospital chains may make inroads in smaller cities, pushing up health costs in those places. Even if this happens, metros will see the influx of higher-priced advanced medical technologies, as well as relatively higher inflation, which will preserve or even strengthen the price differential.

To increase the penetration of health insurance in cities, Sharma also expects insurers to take cognizance of the variation in cost of healthcare between corporate hospitals and smaller hospitals, including those run by charitable trusts, and nursing homes.

“The cost of health insurance must fall for huge numbers of low-income customers in metro cities to be brought into the health-insurance net,” said Sharma. “One way of achieving this is to offer policies for different classes of hospital, based on the understanding that economically less privileged people would be willing to get treated in a less expensive government or trust hospital or nursing home.”

This is where government sponsored health-insurance enters the picture. Those covers are likely to restrict treatment to public hospitals in cities. These hospitals are seriously overloaded with patients. Potential partner hospitals of the government, low-cost institutions run by trusts, are likely to face limitations on account of restricted diagnostic facilities, fewer beds and less experienced doctors.

“While the government proposes to gradually increase health spending to 2.5% of the GDP, from 1% currently, it is primarily looking at universal health coverage through strengthening the primary health care (PHC) network,” said Dr Shaktivel Selvaraj, head of Health Economics and Policy, Public Health Foundation of India.

In other words, the government is hoping to nip disease in the bud and thereby minimise the need for hospitalisation, and hence, secondary healthcare and tertiary health services.

That may be of limited consolation for those buying universal health-insurance policies.