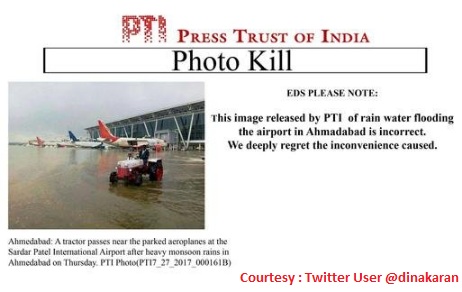 Several large Indian media houses were scrambling on Friday to save face after publishing 2015 Chennai airport images mislabeled by wire news agency Press Trust of India (PTI) alongside a story about parts of Ahmedabad airport that was inundated with rain on Thursday.

The error originated from PTI and was spotted by Twitter users on Thursday when other news outlets carried images apparently showing an air-side view of a waterlogged Sardar Vallabhbhai Patel International Airport, Ahmedabad.

On Friday, Press Trust of India acknowledged the error and said it had terminated the services of the photographer. The agency responded after getting pulled up by Smriti Irani, Information & Broadcasting Minister.

PTI deeply regrets the error and has terminated the services of the concerned photographer; @smritiirani and @shashidigital

BOOM spoke to Ahmedabad Airport Director Manoj Gangal who said the pictures on social media were "fake" and that operations at the airport were running normally. Gangal also added that he was considering filing a police complaint.

A spokesperson for Jet Airways corroborated his statement that operations at the airport were normal on Thursday. 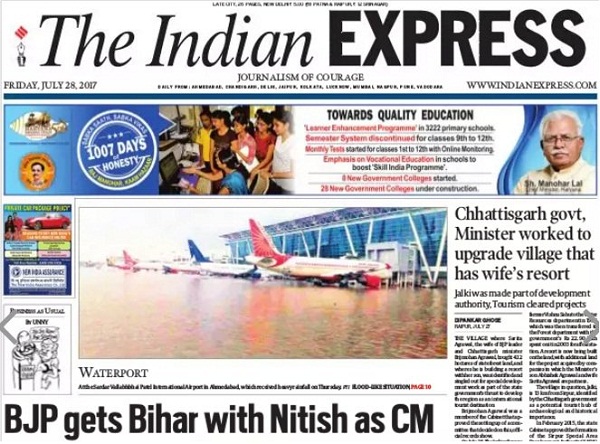 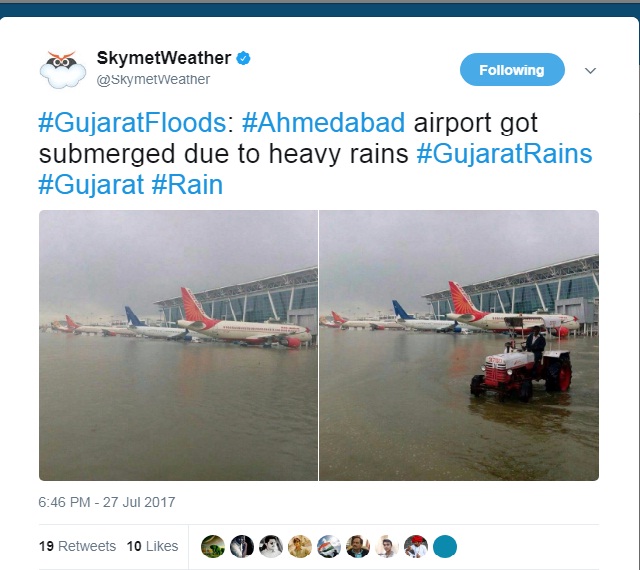 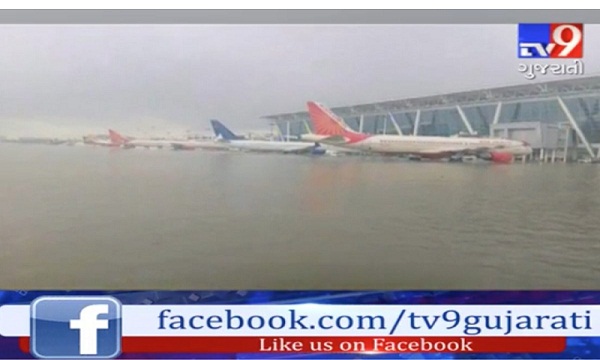 . @ptinewscom pulls out wrong picture that said the picture was of Ahmedabad airport. pic.twitter.com/Vk4WqusvXb

The PTI photo on #ExpressFrontPage is not of Ahmedabad airport. @PTI_News captioned it wrong & is investigating. We deeply regret the error. 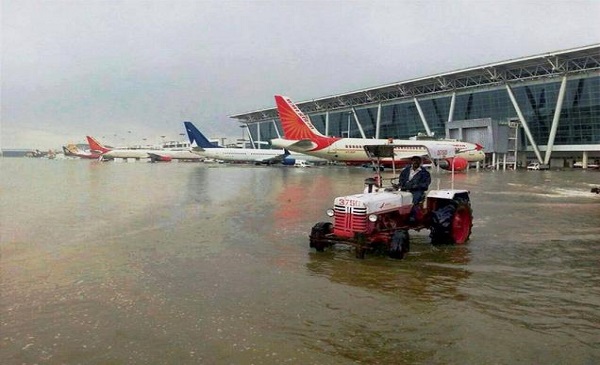 BOOM was unable to find any other instance where the second photo with a man driving an Air India tractor on the runway was used in the past.

We emailed PTI's head office in New Delhi seeking clarity about when and where the photos were taken and are awaiting a response.

It is common practice among news outlets to buy pictures from news agencies such as PTI, Reuters, Agence France-Presse (AFP), Associated Press etc.

Despite the fiasco with these two images it is important to note that certain parts of Ahmedabad airport were indeed waterlogged though the water level is said to have receded through the day.

Life has been thrown out of gear in northern and central parts of Gujarat, which have witnessed incessant rainfall since the beginning of the monsoon season last month.