Over 16% [of Punjab’s] population is addicted to hard drugs says Punjab's Department of Social Security and Women & Child Development while Deputy Chief Minister cited another report to say only 0.06% were drug abusers.

“Out of the 2.77 crore population of the state, only 0.06% was found abusing drugs, which is the lowest percentage across the nation,” said Punjab deputy chief minister Sukhbir Singh Badal in February 2016, citing a 2015 study as he criticised Delhi chief minister Arvind Kejriwal for projecting Punjab as a drugs haven.

Since election fever gripped the state last year, Badal has been protesting the “dubbing [of] Punjabis as drug addicts as part of a defamation campaign against Punjab and Punjabis”. But Badal’s response to Kejriwal misquotes the 2015 study (conducted by the Society for Promotion of Youth & Masses, an NGO, in collaboration with the National Drug Dependence Treatment Centre, All India Institute of Medical Sciences, or AIIMS):

“The WHO describes the following categories of drugs other than opioids (and tobacco and alcohol) that may cause dependence: cannabis, sedatives, hallucinogens, cocaine and amphetamine type stimulants, and inhalants.”

Drug use in Punjab has been estimated through surveys of selected sample groups, as scientific studies tend to be. There has never been a state-wide census-type survey.

“Over 16% [of Punjab’s] population is addicted to hard drugs,” said this affidavit submitted by Harjit Singh, secretary of the state’s Department of Social Security and Women and Child Development, citing a departmental survey (a few lines from that affidavit have also been cited in a Punjab state document uploaded here), in reply to a petition filed by some drug rehabilitation centres before the Punjab and Haryana High Court in May 2009.

Punjab: the opioid-consumption capital of India, but how many use more-damaging drugs?

Estimating the extent of the drug problem in Punjab based on opioid—pharmaceutical drugs or opium—dependency made sense because that is the flavour of the user market, although the last such—and still widely quoted—report is 12 years old.

Punjab was home to 56% of Indian opium users, said this 2004 United Nations Office on Drugs and Crime (UNODC) report, followed at a distance by Rajasthan (11%) and Haryana (6%). Punjab was one of only three states reporting the abuse of propoxyphene, a narcotic opiate pain reliever used as an injectable substance, the others being Nagaland and Mizoram, as per the UN report, based on the Drug Abuse Monitoring System data from 203 participating centres nationwide.

The affidavit submitted by Singh, secretary of the state’s Department of Social Security and Women and Child Development, citing the departmental survey we mentioned earlier, appeared to second this finding. It said: “Opiates, their derivatives, and synthetic opiate drugs are used by 70% of the addicts, followed by a combination of opiate and other sedatives, including morphine.” 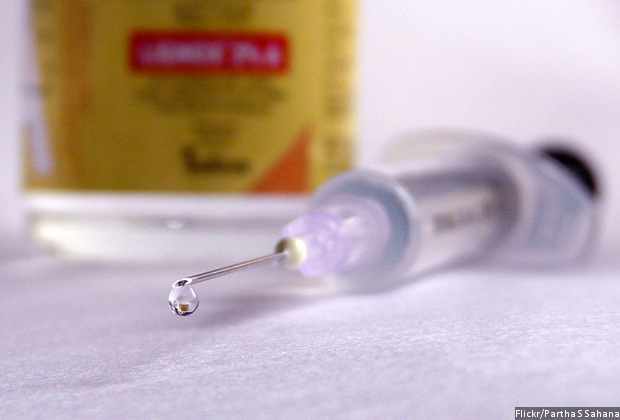 Lead investigator of the AIIMS study Ambekar believes one of their findings validates the decision to focus on opioids. The study involved asking psychiatrists and agencies offering de-addiction services in Punjab about their case load; 80 individuals and 80 agencies participated.

“One in four patients seen by the participating professionals and agencies was opioid-dependent,” said Amedkar. “Clearly, opioid dependency is putting a disproportionate burden on mental health services.”

Defining drugs as including alcohol and tobacco as well as narcotics, as many studies examining the extent of drug use do, yields a much higher prevalence of drug use in Punjab. As we said, the affidavit we cited quoted a survey from the secretary of the social security department to say that two-thirds of rural households in Punjab have at least one drug addict.

IndiaSpend has cited this data to convey the extent of Punjab’s drug problem, in this June 2015 report.

Two studies in the village of Chhajli in south-eastern Punjab district of Sangrur, 32 years apart, show a 9 percentage points rise in the casual/recreational use of drugs (including tobacco, alcohol, opium, cannabis, etc.) from 30% in 1979 to 39% in 2011.

Based on his experience, Amarpreet Singh Deol, chairman of the Guru Nanak Charitable Trust, an NGO working with addicts, estimated that “about half of males of the productive age group (15 to 60 years) casually use drugs including alcohol, tobacco, poppy husk and other opiates, etc., of whom around 10% cannot do without it for longer than 24 hours.”

Why do so many in Punjab do drugs?

A cocktail of demand, supply and ample currency to trade have created Punjab’s drug problem.

Punjab and other parts of north India have a culture of consuming ‘afeem’ for recreational and other purposes, said Pramod Kumar, Director, Institute for Development and Communication (IDC), Chandigarh, who led a 2001 study on drug user profiles that was tabled in the Punjab State Assembly in 2008. It may be recalled that in 2007, expelled Bharatiya Janata Party leader Jaswant Singh was reported to have distributed a poppy-based drink to guests at an event in his native village Jasol in Rajasthan.

Contrary to the image of an idle Punjabi taking to drugs, only 16% of the IDC’s sample of drug users was unemployed. “24% of drug users were farmers and 25% were labourers, mostly migrants from Bihar and Uttar Pradesh put on drugs to extract maximum work out of them,” according to Kumar. 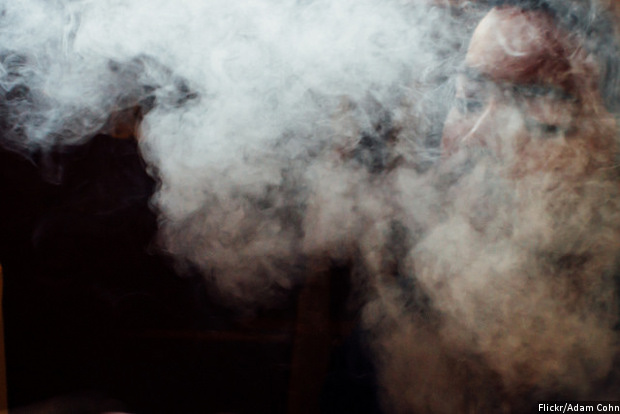 Supply is easy because heroin from Afghanistan is smuggled across the border into Punjab for onward transit to the West. Opium, poppy husk, charas and ganja, among other drugs, enter the state from Himachal Pradesh, Madhya Pradesh, Rajasthan, etc. Chemists and other peddlers supply prescription drugs.

“The green revolution and healthy remittances from overseas have put more money in the hands of the middle class,” said Kumar, and fuelled “demand for conspicuous consumption goods like alcohol and drugs”.

Better policing, family participation, and above all, skilling

“Too many people are out to earn money by peddling drugs.”

–Ravi (name changed), 23, a drug addict who quit a few months ago, told this reporter easy supply and peer pressure got him hooked about five years ago during his college days.

Punjab needs “supply side interventions, such as checking the illegal drug trade and confiscating the illegally acquired assets of those involved with the drug trade, something the law allows (section 68 of the Narcotic Drugs and Psychotropic Substances Act, 1988),” said the IDC’s Kumar.

Interventions to reduce demand would include initiatives “to make the youth employable, build partnerships with parents and community leaders to become mentors for the prevention and treatment of drug abuse”, said Kumar.

“It is the state’s responsibility to create sports and other recreational facilities for youth; essentially the focus should be on healthy ways of having fun and spending free time, learning to enjoy life without drugs,” said Deol of the Guru Nanak Trust.

In 1979, a study published in the British Journal of Addiction found 19% of a sample of Chhajli’s (then) 6,699 population using opium, mostly as dependent users; 6% used barbiturates and 2% cannabis.

A 2011 study of the same village published in the Delhi Psychiatry Journal found only 3.4% of the sample was addicted to opium, marking an 82% fall in the use of opium, attributable “to the efforts of post graduate students from Government Medical College, Patiala, to sensitise the villagers to the problem of drug use and encourage them to seek treatment”, said Dr Balwant Singh Sidhu, professor & head, Psychiatry, Rajendra Hospital, Government Medical College, Patiala and study co-author.

One of the biggest findings of the AIIMS study (see box) is that while four in five patients had tried to kick the habit, just over one in three had received any kind of support. One in six patients had received some kind of medical treatment and only one in 10 opioid-dependents had received Opioid Substitution Therapy (OST), de-addiction treatment that involves an opioid medication to help patients with long-term withdrawal.

“This is because the existing rules have been misinterpreted in the state. OST is being allowed only for the licensed in-patient centres,” said Ambekar. “Punjab must integrate OST into out-patient, clinic-based health services for better results. Restricting such treatment only to addicts admitted to de-addiction centres is severely limiting the number of patients who can be helped.”

In April 2012, the deputy chief minister consulted psychiatrists from the Postgraduate Institute of Medical Education and Research, Chandigarh, to draw up a strategy to reduce addiction.

Badal would do better to share an update on the implementation of these recommendations.

To arrive at the number of opioid addicts, the investigators of the Punjab Opioid Dependence Survey 2015 interviewed 3,620 opioid addicts in 10 of 22 districts of the state, home to 60% Punjab’s people. A key question put to each user in the sample was: Did you check into a treatment centre in your district in 2014?

Some key findings of the profile of opioid-addicts in Punjab: